In my last article I mentioned I was humbled at my first match. Here are three simple and common errors I made that you can learn from. I am referencing the IDPA target, since my first match was IDPA. The same principles apply to USPSA.

My draw to first shot times were slow!

Slooow! I mean glacially slow! In practice, using my Shot Timer App, I could nail a 0.80 second draw (or so I thought, click here to learn how the app was misleading); but in the match, not so much. Even at my first match I quickly identified opportunities for improvement, thus I took a photo of the score sheet for evaluation later on.

The first the three strings of the IDPA Classifier are Mozambique drills, also known as two to the body and one to the head. My times were 3.37, 3.00 and 3.01 respectively. That sucks!  My first “body” shot was slow and my “head” shot (third shot) was pathetic. My second shot was also comical as it was a true double tap, meaning two shots off of one sight picture. It was sheer luck I got -0 on all three targets. In short, I was staring at the front sight in bulls-eye mode.

I have since discovered THIS IS NOT UNCOMMON! If you have only shot at a square range, you will very likely perform the same! You can learn to draw fast with dry fire, but to truly learn how fast you can draw and make a good shot you must practice it in live fire.

Find a place you can both draw from a holster and get close to the target. With the target at 3 yards draw and put one round into the -0 zone. Go as fast as possible! Let it all hang out! Go until you are shooting misses then slow down a bit. In less than 50 rounds you will see real improvements and you will be instantly better. In the words of Princess Elsa, Let It Go.

After the first shot, I lost my front sight focus! 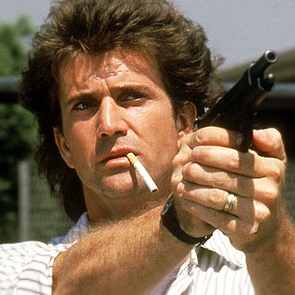 For all the time I wasted staring at the front sight before the first shot, I would instantly shift focus to the target afterwards and for the remaining shots. For my first match this was a combination of training and garbage sights. I was using the stock 3 dot sights on my XD Tactical. I have learned to hate three dot sights and thick front sights in general. Even so, I wasn’t even trying to watch the front sight. Target focus works if you are close, don’t fall into the trap of using it at long distances. It leads to FAIL. Again, get up close at the 3 yard line. Don’t use a target at all, aim and put 50 rounds into the backstop or berm with the sole goal being to see as much of the front sight as possible for each shot. This can be fast or slow, just make sure you see what YOU need to see.

Over-compensating on transitions!
This is an error with a seemingly simple solution that takes dry fire practice to actually reinforce. When transitioning from left to right (or right to left) you must lead with your eyes. If you move your eyes and the gun in unison you will pass the intended target. If you notice it and come back onto the target, you have a monumental time waste on your hands. If you don’t recognize it you will place shots soundly into the -1 or -3 zone or worse, you’ll miss! That’ll help your score. To work this in dry fire set up a few scale targets and practice the transitions, going whatever speed your eyesight requires.

So there you have it; three mistakes that are easily corrected once identified. Ironically correcting each of these mistakes will help those that CCW as well.