I often recommend competitive shooting – specifically action pistol type matches – to anyone with a CCW.  Even so, there is always apprehension in people’s eyes.  What will they encounter?  Are they good enough?  Will they be laughed at?  Judged?  Yelled at?  With that in mind, here is a brief synopsis about what you can expect at your first match. 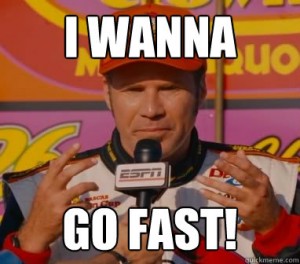 First things first, you should show up early, find a range officer/safety officer or the match director and let them know this is your first match.  Expect them to give you a safety briefing.  In fact, most sanctioning bodies, such as IDPA or USPSA, have specific requirements for such safety briefings.  While safety is paramount at any match it should be your only concern at your first match.  You will have fun, I promise; but safety first.  You will likely be doing task and maneuvers that are new to you, all while holding a loaded hand gun.  Ensure you do it safely.

Don’t worry too much about gear; you can shoot what you have, provided you own a holster.  The mags can go in your back pocket.  I am planning on writing a post on beginner gear just too illustrate how cheaply you can get started.

Your first match experience will likely be similar to everyone else – mine was.  I showed up cocky and confident and left humbled and craving more.  If you have never shot a match before you might be surprised how quick some of the other competitors can be!  Don’t try to equal their skills, you will only do worse.

For example; my first match was an IDPA Classifier and I was supremely confident I would burn it down.  When it was all said and done, I had rushed, made stupid mistakes and even had a few misses.  I finished as SSP (and ESP) Sharpshooter which wasn’t bad but I was less than 2 seconds from Expert; had I shot to my skill level the misses likely wouldn’t have happened and that alone would have gotten me to Expert.  My cockiness got in the way; the experienced guys went fast, I wanted to go fast!

Even with my mistakes, I did some things correct.

As I mentioned above, I arrived early and immediately let everyone know I was a new shooter.  Doing so allowed me to quickly identify the proper people to talk with and ask questions.  There were 3 other new shooters that night and after completing registration, they pulled us aside for a 30 minute safety briefing.  If you read the rule book(s), none of what they say will be new or shocking.  Muzzle awareness, keeping your finger off the trigger during reloads, keep the gun in the holster unless directed to Load and Make Ready, where is the safe area and what is it for, etc.  It is all basic stuff, but they take it seriously!

After we got our assignments I began to load mags while waiting my turn.  Being an IDPA Classifier I knew the course of fire and had dry fired it once or twice, thus I felt prepared. What I wasn’t prepared for was jitters as it came closer to my time to shoot.  I became nervous because of match pressure.  I have written about it before and I feel it is worth repeating.  Match pressure is real and it brings stressors into your shooting you just don’t get on a square range.  If you want to read more about it, I suggest you give this a quick read: match pressure.

When the night was through and we were tearing down the stages I realized how much I had learned in a few hours and how much fun I had.  I was able to identify specific areas to improve on and came to terms with my own short comings.  It was a pivotal experience in becoming a better shooter.  It was FUN!

We can always improve our skills, but first we must identify those areas that need improvement.  A match is a perfect way to identify weaknesses and improve.  I recommend everyone go shoot a match, especially if you possess a CCW and chose to carry a gun for self-defense.  Even just one match will open your eyes to weaknesses and just how much fun you can have with a handgun.

Oh, and for those worried about being made fun of – Fuhgeddaboudit!  No one laughed at me, and short of a club composed of nothing but assholes, no one will laugh at you either.