This Thursday I’ll be winging out to Rockcastle Shooting Center in Kentucky to shoot my first NRA Action Pistol World Championship. Immediately after that, I’m heading to Columbia, MO for the 2014 Bianchi Cup. It’s going to be a hectic couple of weeks for me, that’s for sure. 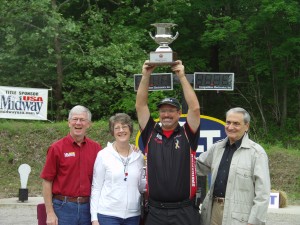 I’m actually flying in to the World Championship basically cold. Work has kept me busy to the point that my “training” has basically consisted of shooting a few groups, and making sure my guns shot where I wanted them to. I’ll get in Thursday, shoot Friday/Saturday, get home on Sunday. I have literally no expectation for my performance at the World Championship, other than show up and shoot.

For Bianchi Cup, I’m going to follow my usual routine of arriving on Monday and spending some time on the practice range before the match. Because I’m shooting the aggregate match, I’ll actually fire an entire match for record on Tuesday (my agg score) and then proceed through the usual event on the remaining days. I’m taking a much more relaxed approach to the match this year than I did last year.

If you recall last year’s match, I crashed and burned on the Plates, destroying my chances to reach my goal of 1750 and a top 20 finish. Having had a year off to think about the match, I wonder if part of that is because I overtrained for the match last year. I had a great gun, set up perfectly for the event, everything seemed to lined up, but when it finally came time to shoot…I choked pretty hard in the toughest event. I don’t want to overtrain this year, so I’m just going to not worry about. I know where my guns are hitting, I know what they’re capable of with match ammo, so this time, this Cup, I’m just going to try and shoot and relax. I have no expectation of how I’m going to do at the World Championship or at the Cup, and that’s probably the best feeling I could possibly have going into this match.