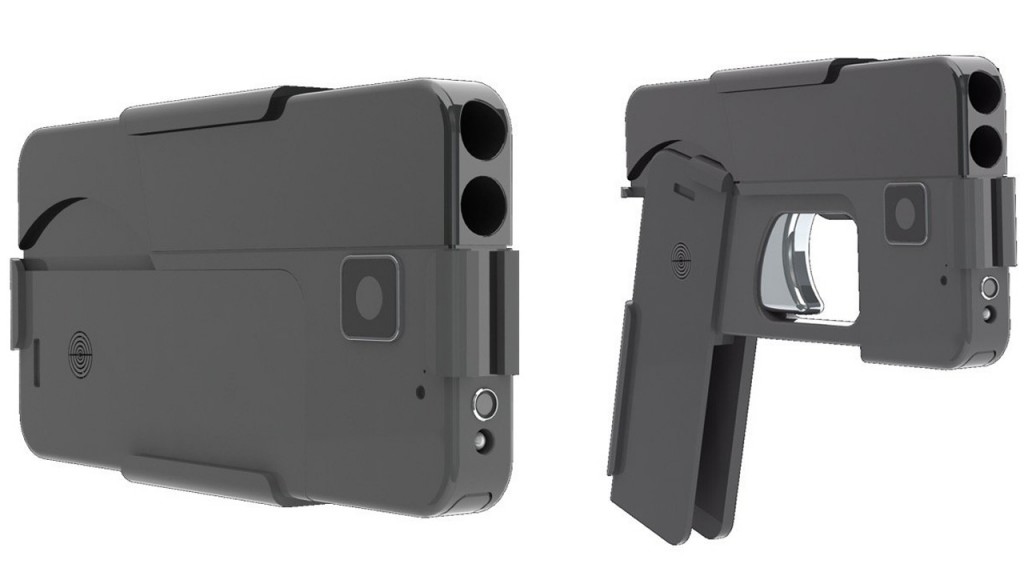 Been on the internet lately? You’ve probably seen the news reports about the company in Minnesota that has designed a gun to look like a cell phone. I’ve seen it posted across facebook with all kinds of different headings, from “Cops be on the alert” to “wouldn’t this be cool for CCW” and everything in between. It’s all incredibly hysterical, and everyone should calm down.

First off, this gun is likely going to be vaporware anyway. The company doesn’t even have a working prototype, and won’t until June at least, if ever. Yes, they say they want to get units produced by November, but there’s this pesky little issue which I think is going to upset their little apple cart. It’s called The National Firearms Act, and if the ATF is consistent with their rulings, there is exactly zero doubt in my mind that this piece of crap will end up being ruled to be an Any Other Weapon (AOW). When the ATF does rule that it’s an AOW, the act of purchasing it will then become far too time consuming for its target market, which consists primarily of idiots and people who thought the Taurus Curve was a good idea.

Long story short, everyone calm the hell down. I will go right now and say that if this gun is ever produced, and units actually do ship, I will film a youtube video of me shooting my favorite watch with a 12 gauge shotgun.