I talk a lot about why we buy guns from reputable manufacturers a lot. The primary reason is to lower the end user’s risk of getting a poor quality gun. This is especially important if the purpose of the gun is for something serious, like self-defense or putting meat on the table. I’m careful to point out however, that even quality manufacturers let a bad gun slip out sometimes. I had just never been on the receiving end of that…until yesterday. 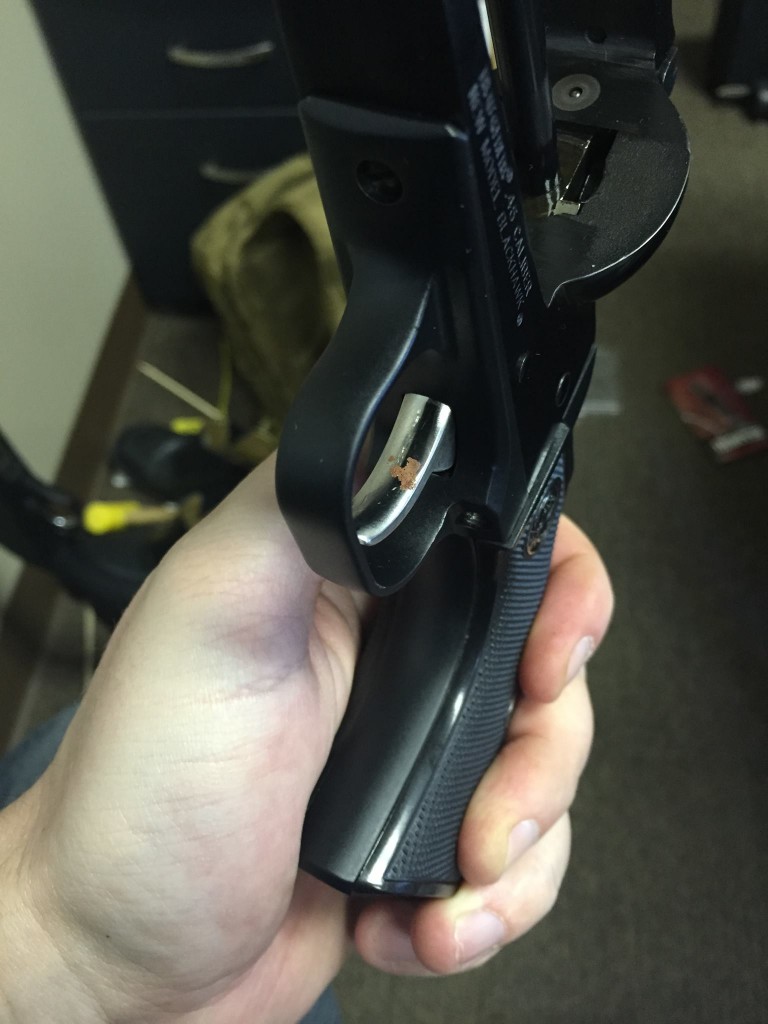 While I was SHOT Show, I had put in an order for a Ruger Blackhawk (which I bought with my own money, not a T&E gun) direct from the distributor that our FFL uses. I got back into the office yesterday, and was excited to take possession of my new .45 Colt toy. Right off the bat, I noticed that the gun seemed…stickier than I’d seen on other Blackhawks and Vaqueros, having owned quite a few. No worries I thought, it’s just new. Ruger ships all their new revolvers with a plastic cylinder protector in place. To remove it from an SA revolver, you have to pull the base pin and drop the cylinder. I noticed when doing this that it wasn’t seated all the way, and the base pin latch wasn’t correctly locked in. I figured that it hadn’t been set quite right at the factory and I’d just reseat it all the way when I put the gun back together.

Unfortunately, that wasn’t the case. The base pin absolutely refused to re-seat properly, and wouldn’t engage the latch. It would seat far enough to make the gun look like it was ready to go. You could cock and fire the gun, but the firing pin would stick forward, because the base pin seating affects the transfer bar safety, which is what makes Rugers safe to carry with 6 rounds. Without going into boring technical details about how Ruger single actions work, something was Not Right inside this gun. To add insult to injury, there was rust on the trigger face.

So the gun went back in the box and is headed to New Hampster for repair. Now, I don’t want people to think for even an instant that I’m bashing Ruger or at all upset about this. Every manufacturer occasionally lets one slip, and it seems like it was finally my time to catch a bad gun from a good company. I have owned dozens of Rugers over the years, and this is the first time I’ve ever gotten one that’s not been excellent. In fact, my faith in Ruger is so unshakable that I went and bought a Vaquero that same day. 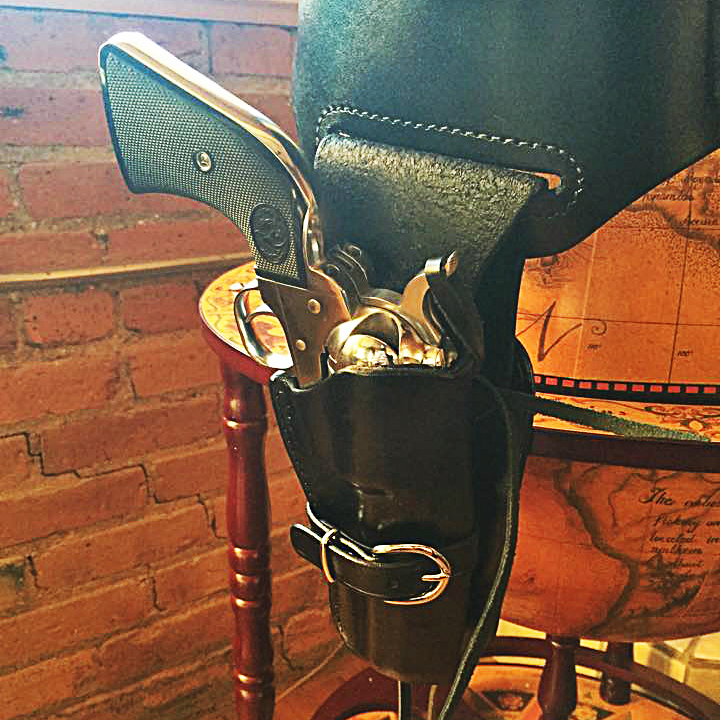 I’ll keep you guys updated on how the Ruger Blackhawk process goes, though. I’ve literally never had a bad gun from Ruger, so I’m interested to experience things from the customer service side of the equation.

Now we come to the important part: why we buy from reputable companies. Look, even HK has a stinker every now and then. It happens. Maybe the guy in the QC department was having a bad day because he found out his teenage daughter is dating a drug dealer; whatever the reason sometimes bad guns slip out. What separates the good companies (like Ruger) from the bad companies is the frequency of bad guns slipping out. Getting a bad Ruger is a genuine surprise, because that’s not what you expect. If I had bought some El Cheapo revolver and it was rotten, I wouldn’t be surprised, because I don’t have quality expectations for that like I do S&W or Ruger.

I’m not worried, I know Ruger will take good care of things and get the gun up and running. Hopefully sooner than later, because I want to shoot this gun SO FRIGGIN’ BAD BRO.