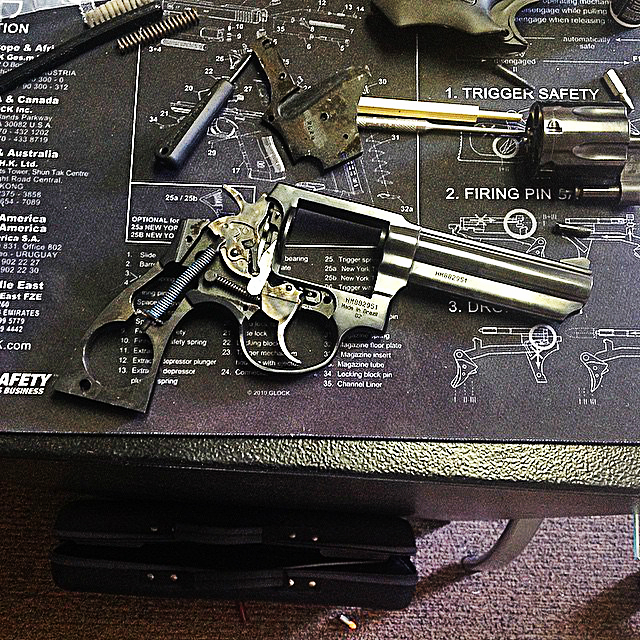 Smith & Wesson revolvers are elegant representations of early 20th century machining. Ruger revolvers are simple and rugged, reducing the revolver to as few components as possible. Taurus revolvers are…neither. In fact, the inside of a Taurus revolver is a confusing mess of design choices that look like a Brazilian simply turned up at the factory on a Wednesday and said “Here…here is good” and then went for a siesta or whatever they do down there.

Take for example the mainspring. Taurus uses a strut & coil mainspring, which is similar to the one used in Ruger revolvers. However, the strut is dangerously thin, and the retaining plate for the arrangement is small and not easily manipulated. Additionally, the advantage of the strut & coil system is demonstrated best by Ruger revolvers, which use an entirely captive trigger system; this means armorer level maintenance is accomplished much easier than using the non-captive internals on an S&W. But then Taurus uses an internal arrangement similar to an S&W revolver, but in no way sensible. Look at the placement of the trigger return spring. At that angle, it’s actually going to make the trigger pull even heavier than necessary, and at the same time won’t be able to return to the trigger to the forward position as quickly as if it were oriented lower.

It’s just a confusing mess in there. Although I can pretty much guess why it looks like that: “patents.”