Today is our final installment in the business of the shooting sports series. Previous articles covered 3Gun, USPSA, IDPA, and the general trends in the sport. In our final piece, we’ll have a bit of a double feature, covering two sports. NRA Action Pistol and ICORE. NRA Action Pistol is the sanctioning body for the Bianchi Cup, and ICORE is the International Confederation of Revolver Enthusiasts. 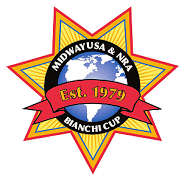 NRA Action Pistol
NRA Action Pistol is one of the oldest shooting sports; its championship the Bianchi Cup recently celebrated its 35 anniversary. We have covered Bianchi Cup extensively here on Gun Nuts, and will recap that coverage very shortly here. The Cup went through troubled times, but has recently reasserted itself as the premiere pistol championship in terms of sponsorships and media coverage. Attendance has been up for the past five years, and the Cup is showing no signs of stalling out.

But the sport of NRA Action Pistol is largely sustained by this one match. There is a world championship held every two years, with the most recent one this year in Rockcastle, KY. There are also a few regional matches, with the most well known being the Flagler Cup, which goes down the week before Bianchi Cup each year and is often used as a tune-up for the big match itself. There are also regional and state matches in Michigan and Virginia. There are almost no club level NRA AP matches, which for any other sport would be a problem, but not necessarily for NRA Action Pistol. As long as the Cup itself is successful, the sport as it is will continue to be successful.

The success of the Cup is also its greatest weakness for the sport, because NRA AP without a robust and successful Bianchi Cup would simply disappear. As long as the Cup continues to prosper and attract new shooters, the sport will prosper. While I would love to see more clubs putting in NRA AP matches, it’s actually not necessary for the sport to be successful. Because they’ve defined success as having a few big major matches, it’s really all about a successful Bianchi Cup each year.

ICORE
ICORE is also an interesting animal, in that it’s an all volunteer organization defined largely by its biggest match, the International Revolver Championships held each year in the prettiest place on earth, the Central California coast. Unlike NRA AP, ICORE does have established club level participation, with 59 clubs scattered across the USA. They have a classification system, and various regional, area, and state championships. The truth is ICORE isn’t really in any kind danger or flux – there is a steady and consistent population of wheelgun shooters and dabblers that will likely continue to support the sport for times to come.

Really, the greatest danger to ICORE is the fact that it’s an all volunteer organization. Burnout, aging volunteers, and a lack of suitable replacements is a huge concern for all of the shooting sports, but especially an organization that’s entirely dependent on volunteers. But on the flipside, ICORE’s been making it work since 1992, and because it’s such a niche sport the volunteers tend to be passionate enthusiasts about it. I do have an ICORE life membership, it’s worth noting, and yet I’ve never shot the IRC. One of these years…

As we wrap up our look at the shooting sports, there’s really only one conclusion to that I can arrive at. Despite the challenges facing all of the major games, we are absolutely in a golden age for shooting sports right now. There are more matches, more dollars, more media, more coverage, and just more opportunities to get your trigger finger going nationwide than there have been in the past. If you want to shoot a traditional concealed carry rig, you can. If you want to race your guns, you can do that. If you want to shoot a Glock 19 with an RDS, a tactical shotgun, and a Colt 6920, you can. That’s the great thing about this time – there is a sport that will take you, no matter what your gun and gear is. So get out there, and go shooting. There are few things more fun than running around with a gun in your hand shooting at stuff.