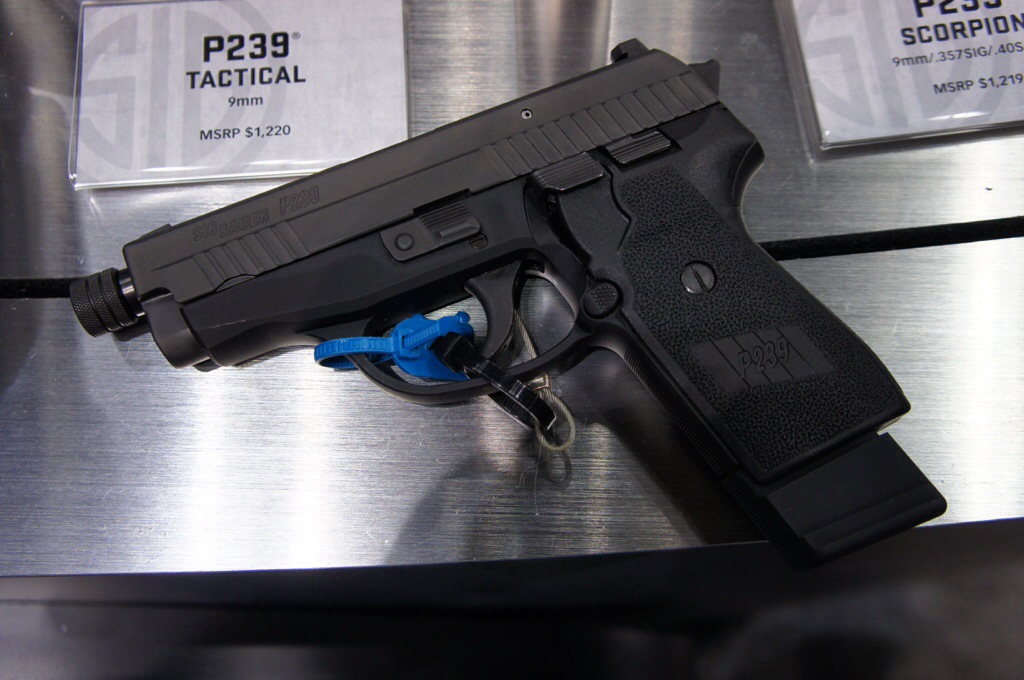 While cruising the floor of NRA Annual Meetings, I made my ritual stop at the Sig Sauer booth, to handle guns I can’t afford. Usually I don’t make it past their competition section, full of X5s and SAO P-series guns, but that day I wandered just a bit.

That’s when I saw the gun pictured above. The Sig Sauer P239 Tactical. I don’t know if it’s a new SKU on the P239 line or if Sig just threw it together for NRA Annual Meetings, but it quite literally stopped me in my tracks. At first, I stopped and stared because I couldn’t figure out the “why” of this gun. The Sig P239 is a great gun, it’s one of my all time favorite guns, and in 9mm it’s a fantastic option for every day carry. With the SRT trigger it’s easy to shoot, it’s easy to conceal; it really is one of the best carry guns on the market. So my first thought was “why would you ruin it” by giving it an extended, threaded barrel and a 10 round extended magazine. Now the gun that was svelte and trim becomes bulky and hard to conceal.

But the longer I started at it, the more I wanted it. Seriously, I keep looking at the picture and thinking “man, that would be really cool with a can on it” and you could have the 10 round magazine for your reload, but carry the 8 rounder as your primary.

It was then that I remembered exactly what guns like this are for: to sell. It appears that this particular specimen worked on me.