Remember when DHS put that bid out to buy a bunch of ammo and the internet lost their collective mind? Even though the ammo shortage was not a conspiracy, that didn’t stop my Facebook Paranoia and Nonsense News Feed from being chock full of links to dubious sites about how DHS was buyin’ up all the boolits so they could put us in FEMA camps or something. Thankfully, that’s mostly died down and the people who believe it have gone back to catching rabbits and making tin-foil underoos to protect themselves from the government’s cancer rays (because prostate cancer is a government conspiracy).

That was until the increasingly irrelevant Drudge Report put a link up to a FedBizOps RFP from the US Postal Service to buy more ammo. I didn’t know anything about it, until I got this email today.

Caleb,
I hope you’ll share this link with your fans (link redacted because it’s awful – ed) about how the Post Office is purchasing ammo for SWAT Teams. Becaue the post office has employees out every day, they’re the perfect force to begin undercover ops on American soil.

It went on for a bit, but that’s the fun part. 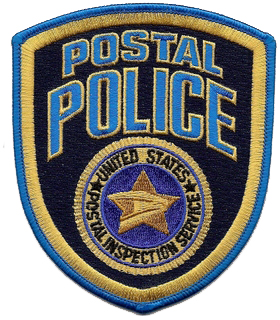 The US Postal Service is not buying ammo to put you in camps or do anything. They’re buying ammo for the United States Postal Inspection Service, which has about 4000 employees, of which approximately half are sworn/armed officers. The US Postal Inspection Service actually predates the Constitution. Before the Declaration of Independence, Benjamin Franklin was the Colonial Postmaster General. During his tenure, Franklin created the position of mail surveyor; the surveyors were responsible for auditing and regulating the mail in the American colonies. In the early 1800s, the position’s title was changed to Special Agent, and in the 1830s was organized into a more formal structure.