As the ammo shortage of 2013 continues into Q2, we’ve started to see some pretty crazy theories about why it’s happening, including my favorite “the government is buying ammo to keep supplies low”, which is usually tied to one of the news reports about DHS ordering 1.5 billion rounds of ammo. 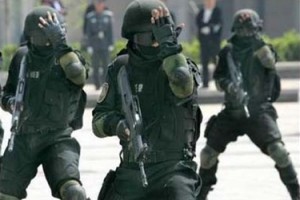 The next derp theory is that manufacturers are holding back supplies to keep prices high, which is just as dumb as the government buying up ammo, but for different reasons. We’ll look at both of these stupid theories, starting first with the government theory. First off, DHS didn’t buy up all the .22 LR ammo; so it’s quite simply impossible for them to have caused the shortage in .22 LR ammo, 7.62×39 ammo, or anything other really than that .40 S&W rounds.

Let’s take a look at this DHS purchase to begin with. First, it’s over the course of a minimum of 4-5 years, and could extend for longer than that, since it’s an open order. Secondly, DHS has in the ballpark of 100,000 sworn personnel that carry firearms as a part of their job. So if you break 1.6 billion rounds down to a minimum of five years, you’re looking at 320,000,000 rounds per year. Divided by 100,000 armed agents per year, that works out to roughly 3200 rounds per agent per year. If you take into account rounds expended in mandatory or voluntary training, 3200 rounds per agent per year really isn’t that much, and it’s certainly not enough to tie up the supply lines like everything thinks it’s doing. Plus, as we’ve noted DHS isn’t buying CCI Stingers or other rounds. So just to be 100% clear: if you think the government/DHS is causing the ammo shortage, you’re wrong.

The next theory to address is “manufacturers are holding back supply to keep prices up”. To understand why this is stupid, you have to understand how ammo sales work. A company like Federal/ATK makes billions of rounds of ammo each year. Federal sells that ammo to distributors, who sell that ammo to retailers, who in turn sell that ammo to you, the consumer. Some distributors do direct sales, and some small manufacturers sell direct to the public. The most important part of all of this is that the manufacturer has to sell the ammo to make money. Withholding supply as a manufacturer is stupid, because when prices eventually drop you’re left holding the bag on a bunch of ammo that no one wants and have to move it out at or below cost. In crisis time like this, companies like Federal can’t make ammo fast enough to keep up with demand, and they’re selling it as fast as they can make it. Holding back supply just doesn’t make any kind of business sense. That trickles down to the distributor/retail level as well. If I have 20,000 rounds of 5.56, that means I paid money for that inventory, and sitting on it doesn’t make me any money, so I want to move it out as fast as possible while prices are still in the stratosphere and make as much money as I can.

So where has all the ammo gone? Mark Keefe from American Rifleman has an excellent explanation:

A definitive pattern is developing. Ammunition purchased opportunistically at larger retail outlets—which have not raised their prices to the gouge level—is going for three to five times the retail price. Again, supply, demand and scarcity. When a product is scarce, you can charge more for it. And those that have the product, often do so. Whether it results in an ammunition equivalent of the South Sea Company Bubble of 1720, remains to be seen. It is my belief as the political agitation slows, shelves will slowly start filling again.

In the piece he talks about the effect of speculation on the ammo market, and how people who normally wouldn’t buy case lots of .223 now are simply because they feel like they should have it. Also, mad props for referencing the South Sea Company. The long and short of it is simple – yes, there certainly is an ammo shortage, but it’s not caused by a nefarious conspiracy. It’s simple economics, not shadowy government/big corporations meeting in back rooms to keep you from buying 9mm. Although the longer I’m online, the more I realize that “simple economics” are frequently impossible for people to understand.