I’ve already spent some time covering the Ruger GP100 Match Champion. The day Ruger launched this gun, I contacted them about providing a couple of guns for a season long T&E project, to which they agreed. I was immediately interested in the Match Champion because it appears like Ruger raided my dreams for the perfect IDPA SSR gun to create this new revolver. 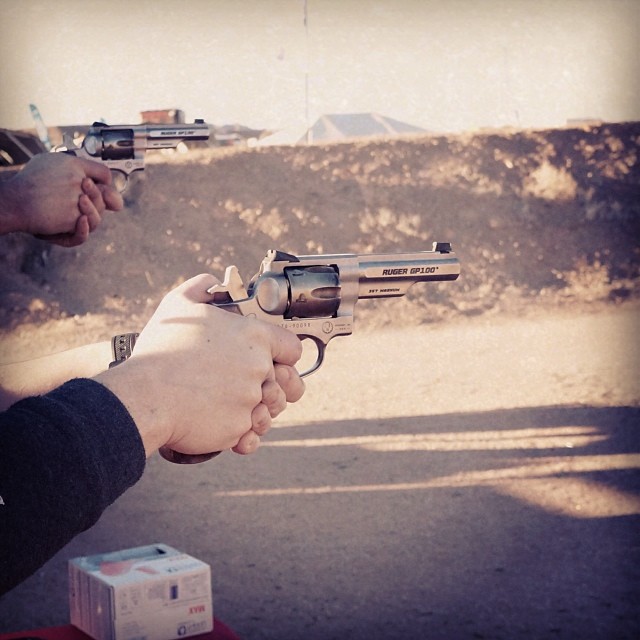 Today, the test guns showed up. Ruger provided these guns to shoot for the duration of my usual shooting season, which gets started in about a month at the 2014 IDPA Indoor Nationals. Here are the matches I’m currently planning on attending:

I’m also planning on attending several other matches, but haven’t yet confirmed them. Those matches are:

Yes, I do actually plan on shooting the GP100 Match Champion at a 3-Gun match. Mostly because I already have some sweet Crimson Trace lasers for it, and also because I think that shooting a wheelgun in the dark at a 3-gun match would be hilariously awesome. I don’t go to that match to win it, I go because it’s the most fun I can have in the dark with my pants on. 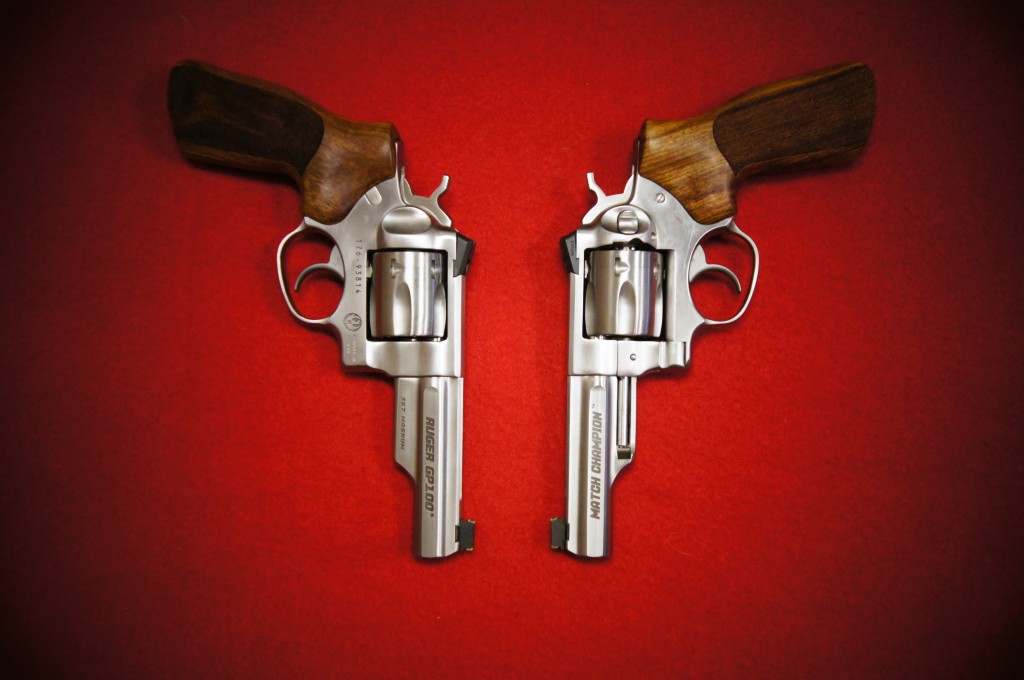 Those are the actual guns I received from Ruger. They have sequential serial numbers, which is pretty cool. I’ll test fire both guns for accuracy, and whichever is the most accurate will be the primary gun used for match use, the other will be used as a trainer/backup gun. Out of the box, both guns have better factory triggers than a stock GP100. The pull weight is fairly heavy, somewhere between 12 and 14 pounds, but it’s smooth with not grit or stacking.

The sights are Novak black rears with a huge fiber optic front. The front sight looks identical to the Novak front on my Colt CCG from last year’s test, and that has me wondering what size dovetail cuts they used for the sights on this gun. It’s not the same as the other adjustable sight Ruger GP100 I have, which uses Ruger’s easy-change front sight system. With big green dots like this front sight, I tend to get a little sloppy with my accuracy as I’ll just throw the dot on the target and go to work. That’s fine for wide open targets at 10 yards, but Bianchi Cup will require a little more precision and patience.

The big question is whether or not I’ll bob the hammers. The answer is probably yes, but that’s mostly because I like how bobbed hammer guns look better than guns with hammer spurs. I’m also planning on dropping in the excellent Wilson Combat Spring Kit, because I think that adding one of their lightweight springs to the already super clean action is going to make this trigger even better.

Testing will begin this week with each gun shot for group size and point of impact. Once that’s established, serious training will begin for Indoor Nationals. To follow future posts, just look for The Year of the Wheelgun tags on the site.