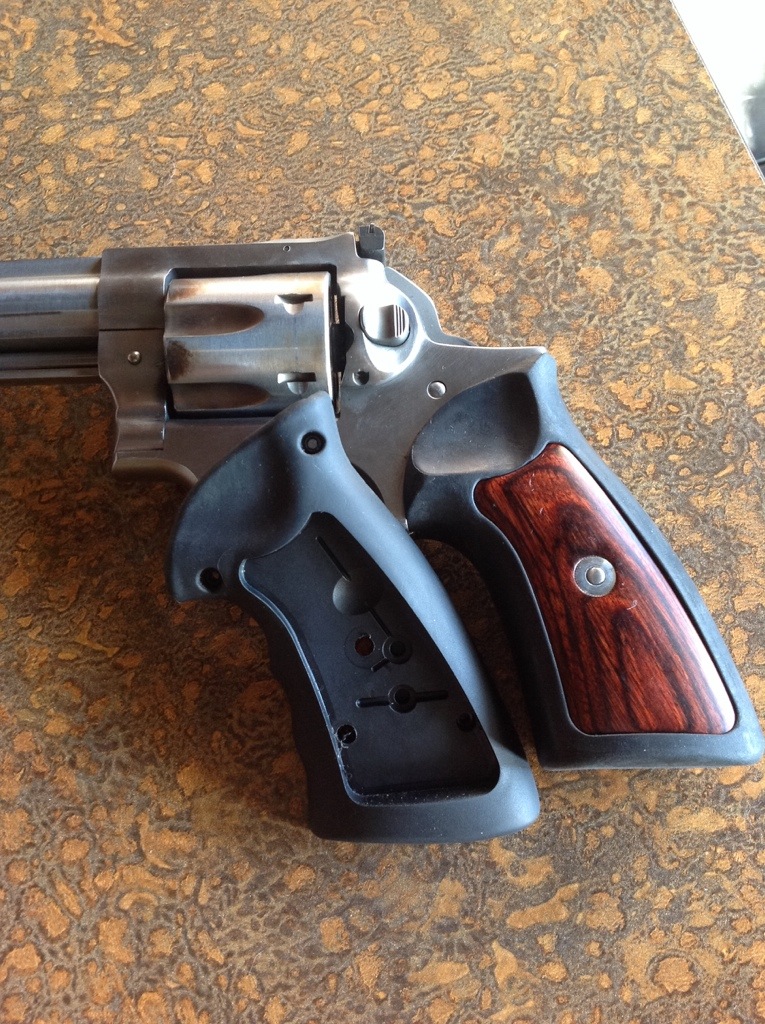 I switched out the CTC grip for the stock Ruger grip which solved the problem. As you can see, the Ruger grip has a much deeper relief cut for a speedloader than the CTC grip. This makes me thinking that the binding issues I’d occasionally get with my Comp-III loaders were due to the grip I was using, and not an issue with the loader.

I’m going to keep working on the HKS speedloader reload with the factory Ruger grips on the gun; I’m also going to relieve the CTC grip so it works with all loaders. I’d only get binding every few reloads with the CTC, but it was enough to cause me trouble during matches. The CTC grip is better than the Ruger grip as a grip goes, but the reloading issue I’ve just now discovered means I’m going to have to down-check it until I can get out danny Dremel.