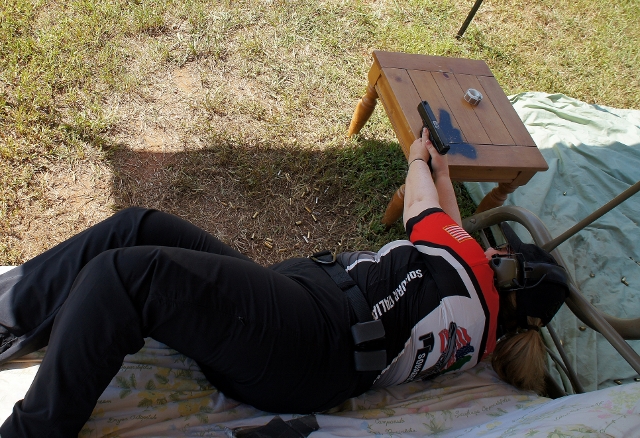 Last week we had a caption contest. Because the photo was of Shelley Rae from SHOT Show, she was also the arbiter and judge of the captions. There were no winners. To be fair, at least one comment elicited a mild titter from me, but alas my gigglebox remains unkicked. So we’re doing it again! Caption contest rules: Caption this photo in a comment using either the FB comment machine or the comment system below. Comments must be posted before midnight pacific time on July 2nd. Winner gets a box of Hornady TAP .223 ammo.