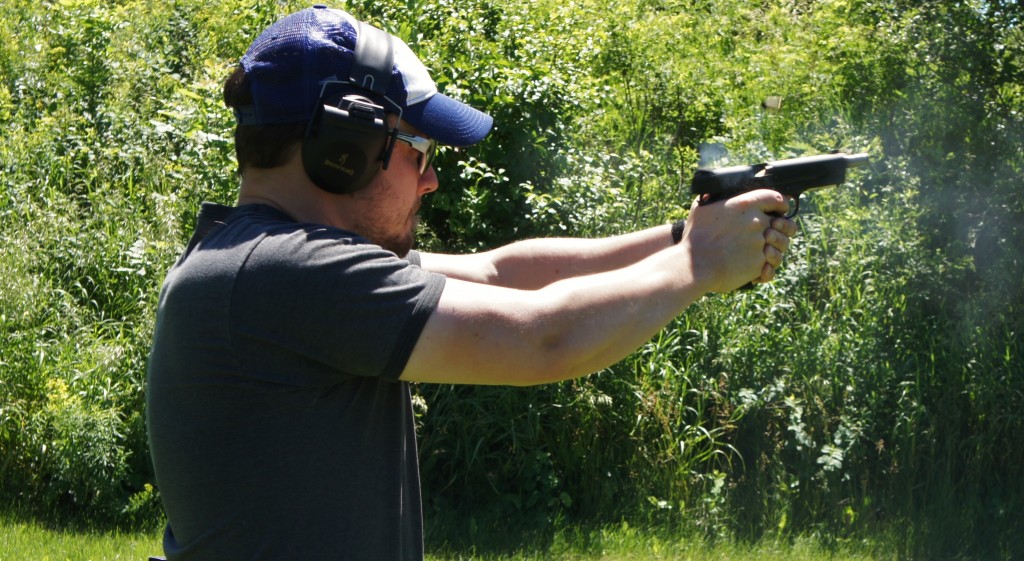 “The 1911 forces the cartridge to ‘jump’ a greater distance from the magazine to the chamber in order to feed than any modern service pistol in use.” – Hilton Yam, 10-8 Performance.

This trait in the 1911 isn’t really a big deal when you’re feeding nothing but hardball, but combine that jump with modern JHP ammo, and you can start to get some pretty dramatic feeding issues. There’s a reason why the title of this post, King of the Feedway Stoppage, is also a nickname for 1911 pattern pistols.