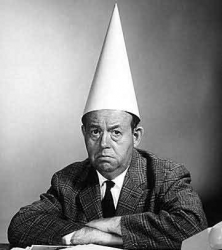 A wise man once said, “Life is hard. Life is much harder if you’re stupid.”

If you read forums or some old gun magazines long enough you’ll eventually encounter the idea that using hollowpoint ammunition or a customized/modified/politically incorrect firearm will land you in hot water during a post-shooting investigation or a civil trial…even if the shooting itself was a completely justified act of self defense. The fears as they are voiced in these mediums are often overblown, as it’s rather difficult to pin down a case where a good shooting was turned into a bad one on the basis of the weapon or ammunition used.

All of that being said, it is entirely possible that in the aftermath of a shooting your equipment selection might become a focus of some attention. I’m not a lawyer, and I’m certainly not your lawyer, but it would probably behoove you to have the ability to articulate why you’re using the equipment/ammunition you’re using to at least an attorney because while he/she may be very competent with legal matters they might need some guidance on the technical details of firearms or ammunition should it come up as an issue for you.

I mention that your equipment selection might come up in a shooting investigation primarily so I can plead with you to avoid doing something incredibly stupid and guaranteeing it will be an issue. What could possibly do that? “Jihawg” ammo.

I ask you to look at the George Zimmerman case which at this point even top legal experts have said is an inexcusable politically motivated prosecution and then ask yourself if you think he would be better or worse off if the prosecutor was able to wave a box of this ammunition at the jury. Do you think his chances in court would improve if the prosecutor was able to talk about use of ammunition that’s specifically designed to be religiously offensive in addition to being lethal?

It’s worth noting that the people who are spending their time actually doing battle with real jihadists don’t use this ammunition. Non-pork-laden ammunition placed accurately seems to do a pretty good job of communicating disapproval of an offending individual’s actions. Trying to get religious insult to tag along with the bullet is just stupid.

Yes, this is America and our first amendment grants every citizen the right to make as big an ass of themselves as they’d like. That’s not the point. This ridiculous ammunition gives us the opportunity to talk about the part of the self defense equation nobody really likes to deal with.

If a criminal comes after you with such violence that you are forced to resort to lethal force in defense of your life, you’re going to have to answer for it. There are a great many variables in the aftermath of a shooting that you cannot control like the attitude of responding officers, detectives, prosecuting attorneys, politicians, the news networks, etc. But just as you can set yourself up for success on the kinetic side of self defense with good training and equipment selection, by actually thinking about trying to explain what you’re using in the aftermath of a shooting (the shootee undoubtedly being a good man who was just turning his life around) you can at least prevent looking any more threatening to a jury of your peers.

…and by “peers” I don’t mean the people you go to the range with. I mean the next time you’re in Wal-Mart pick out a random stranger and then think about explaining “…so not only did I shoot this guy in the face, but I did it with ammunition specifically manufactured to be offensive to minority religious groups!” Does that seem awkward? Now imagine being sent to prison or bankrupted if your awkward explanation failed to be convincing.

Again, I’m not a lawyer and I’m not your lawyer…but even though I’m not a legal expert, I do know that how you articulate things in the aftermath of a lethal force event can make a big difference in the way things go for you. Something as simple as the way you describe events can set the tone for the investigation that follows. So can your equipment choices. In the Commonwealth of Virginia I’m not the least bit worried about using an AR-15 for home defense, but that’s mainly because I’ve spent some time researching the reasons why an AR-15 makes sense and I can even provide quotes from the local police department on the utility of such a weapon for personal defense. I do not, however, have my AR-15 painted up with a bunch of skulls, nor do I load it with ammunition meant to whiz in the eyesocket of groups of people I don’t like. I can easily explain why I use an AR-15. I cannot easily explain why I dressed it up in a Grim Reaper theme and loaded it with ammunition designed to desecrate the corpses of Muslims or Jews.

I won’t hesitate to use effective equipment to defend myself if a criminal actor forces me into that position…but I won’t set myself up for trouble I don’t need by being stupid about what I use, either.

The aftermath of a shooting is hard even if you are completely justified in every action you took. It gets significantly harder, though, if you’re stupid.