Grab your hats and your six-guns, because Cowboy Action has finally made it back to Atlanta Conservation Club! The first match was held last Saturday, and by all accounts was a rousing success, especially for an early October match. Photos courtesy of club presidente Jim Barbour, an it looks like everyone was having a great time. There are even cowboys with laptops, which creates a wonderful little anachronism.

Of course, this also creates a dilemma for me, because a list of things I love would include 1) playing cowboys, 2) single action revolvers, and 3) coach guns. The temptation to rush off to the store and pick up a pair of the new Ruger Montado Vaquero revolvers is darn near overwhelming. I already have a couple shotguns that are good for the game, I’d just need some new wheelguns and a new rifle.

The big reason I love Cowboy shooting is because it is easily one of the most “media friendly” of the shooting sports. Only the most die-hard anti-gun whacko could find something objectionable in cowboy shooting, and many people that wouldn’t otherwise be interested in guns have come to the sport because of cowboy shooting.

I’m thrilled to have cowboy action matches at ACC, and I hope they stick around for years to come! 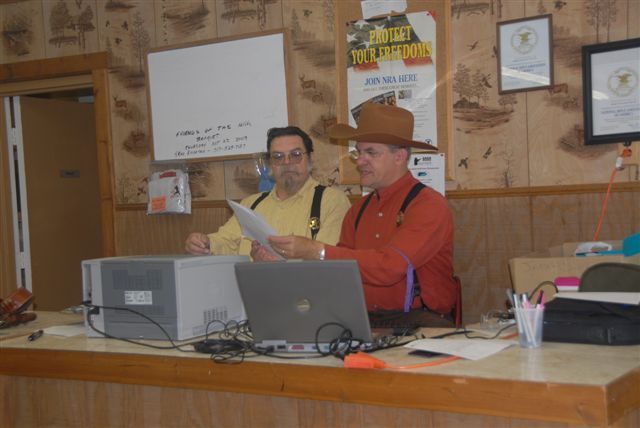 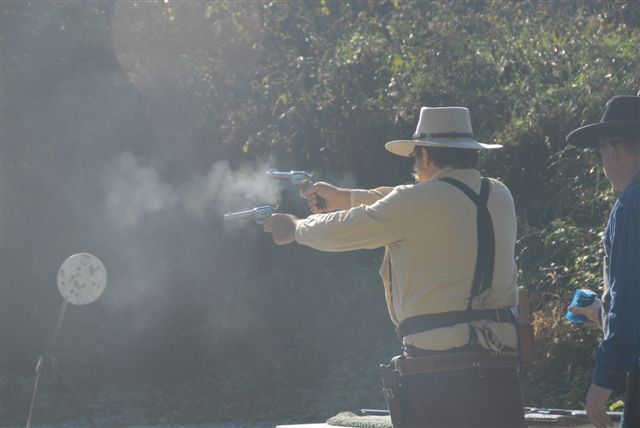