I just wanted to give a quick update.  My last article was May 5th, which in internet terms might as well be a lifetime ago.  Why?

My real job got hectic and I received an Designee Appointment from the FAA; an appointment that necessitated some out of State training.  An appointment that led to a side business opportunity, which as you can guess, takes time.  In truth, June 18th was the first time I shot a gun since May 4th.  In that time I never dry fired and I didn’t reload a single round. 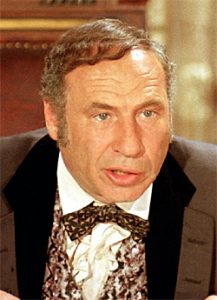 What I did do was liquidate, which leads me to the ECO update…

I sold it.  The business opportunity needed capital.  The ECO was among several firearms, and some shop equipment, that I sold to better my future.  I realize some people will be disappointed; but, frankly I bought it with my own money so I wasn’t beholden to anyone with the completion of the review.  Life happens and I don’t regret it.  As a side note, it is amazing how much money you might have lying around in rarely used equipment, gear and such.

The future?  Blog writing isn’t hard, until it is.  A 50+ hour a week job, wife, kids, side gig and general life all left me with little time to write well thought out articles.  I was hitting a wall on ideas and motivation.  When everything got crazy I had a talk with Caleb and we came to an agreement.  I will still write the occasional article, but since I am cutting WAY back, I am doing this Pro bono.  It seemed only fair.

I’ll be shocked if anyone reads this far.  Next time I’ll write about something gun related.  When might that be?  Only the Shadow Knows.