Christmas is upon us.  A joyous time with hopes of peace and goodwill to all men; unfortunately that sentiment isn’t shared with everyone.  Criminals still abound during the Christmas Season.  So with that in mind I thought I would give everyone something to remember if the worse happens and you are confronted with evil.

Action beats reaction.  This is a common motto spouted by countless trainers and commenters on the interwebs.  But there seems to be a misconception about the meaning.  A misconception that leads some people to believe the criminal actor pulling a gun on you is the “action” and you are left in the “reaction” mode and are likely beat.  Yes, you are reacting in the broadest sense, but if we break down the event to the second, we will see this thinking is faulty. 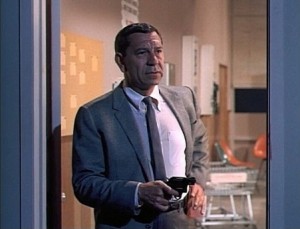 The criminal (I am not talking a terrorist or other mass murder sociopath, just the local smash and grab thug) picked you because he views you as safe bet.  It could be a multitude of reasons.  Maybe you looked timid.  Perhaps you were not paying attention to your surroundings.  But in this holiday season a very real possibility is you have your hands full of bags with gifts as you walk out of a store.  No matter the reason, you were a safe, there was not doubt in the actors mind.  The criminal proceeds with a narrative in his head that has you yielding to his demands.

If confronted with a life or death situation, you must respond with extreme and instantaneous violence!

The bad guy won’t expect an immediate, violent response.  Such a response will break his concentration and shatter his narrative.  His OODA (Observe, Orient, Decide, Attack) Loop will be thrown off track.

Yes, action beats reaction and in those few precious seconds you have made the criminal the reactor.  As you drop your items, step off his center-line and draw your weapon, he will waste 1-2 seconds mentally questioning the events unfolding before he can react.  You can use his confusion to gain an unfair advantage.

But an extreme violence response doesn’t necessarily mean you have to shoot or even use a weapon.  It means you have responded to the threat as required to make nullify said threat.  The response you take will be yours alone to decide, in the moment.

This just another brief reason you should be dry firing your draw stroke with your carry gear.  Especially using strong hand only as you might be carrying something in your weak hand too precious to drop.  I wager that no one wants to be working out your draw stroke while some piece of shit has a Davis Industries P380 pointed at their face.

It is my hope that no one reading this is ever forced to use violence against another human being – especially at Christmas – but if the balloon goes up, we must be prepared.

Until next time, thank God for what you have and ensure your family and friends know what they mean to you.

I personally wish you and yours a very Merry Christmas and Happy Hanukkah.