On Friday, I published a list of The Five Worst Guns for Self-Defense. I didn’t list specific makes and models, because I wanted to focus on types of guns that are poor choices for as primary guns for self-defense. I like derringers and I think they’re cool, but it certainly wouldn’t be my first choice for an SD gun. Today I want to flip the script and focus on the five types of guns I do recommend for self-defense, starting with my top choice. 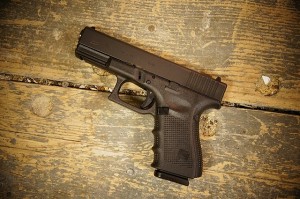 My first and most frequent recommendation for carry guns fall into this category. Usually the question sounds like this: “Caleb, I want a gun for self-defense, what should I get?” I almost always recommend one of these four guns, based entirely on what the end user wants. Why? Because the compact segment of guns offers the best in terms of ease of carry/concealability, ammo capacity, and shootability. I recommend a 9mm because it’s the most common service cartridge on the planet, it’s cheap to train with, and quality defensive ammo is widely available from a variety of manufacturers. Accessories like holsters, sights, lasers, and lights are widely available for these common types of guns, meaning when you decide to upgrade your game it’s easy. Don’t be a special snowflake and buy something that there’s no aftermarket support for. 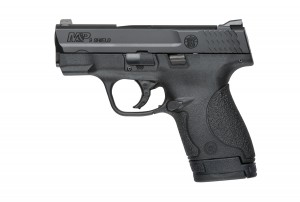 A lot of time, people will say that guns in the compact segment, Glock 19/P229 sized guns are too difficult to conceal for EDC in certain types of clothes. I get that, because not everyone has the luxury of picking clothes to dress around a good-sized pistol like an M&P Compact. That’s why my second recommendation skips all the way down to the smallest reliable class of pistols chambered in a service cartridge. These guns go hard in the paint for concealability, while still retaining enough good features to make them shootable. You can take an M&P Shield through a 500 round class and you won’t hate yourself at the end of it (ask me how I know), and then stick the short magazine in it and make it completely disappear under the tightest of extra-smedium t-shirts. Again, stick with reputable, mainstream brands and you’ll be in good shape. 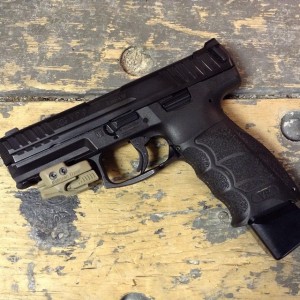 Some people on the other hand aren’t all that concerned about concealability, so the first two recommendations aren’t their cup of tea. They want the gun that holds the most rounds and is the easiest to shoot well, and for these guys we have full size service pistols. You want a gun that holds a lot of BBs, and is easy to shoot well? Here’s your category. In fact, if you really want to go hard in the paint in the segment, you could even carry one of the “competition” models, like an M&P9L, or a Glock 34. Guns in the full-size segment require more thought to carry and conceal on a daily basis, which means you may need to make some fashion concessions to tote around a full size M&P with an RMR mounted on it (ask me how I know…). But these are by far the best guns if your primary goal is shootability in your carry platform. 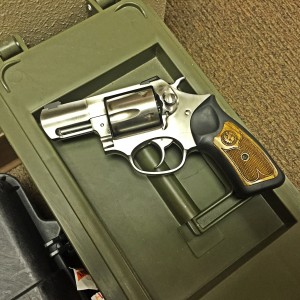 For an admitted fan of revolvers, they’re also pretty low on my list. The reason is that these guns are probably the hardest to shoot well of any gun on this list, including #5, they don’t hold a lot of ammo, and some of them have terrible sights that you can’t replace. However, a big favor for all of them is that they all have Crimson Trace grips available, which ameliorate the “sights” issue. The best thing about these guns is they occupy a unique place in the casual gun owner’s psyche of “guns for self-defense”; which means that people who buy them are actually likely to carry them. And I’ll be the first person to say that none of the guns I’ve listed before this are worth a crap if they’re not on your body when you need them. At the lighter end of the small revolver spectrum, a Ruger LCR simply disappears when you carry it, and then on the heavy end you can shoot full house .357s out of a Ruger SP101 and probably finish an entire box before you hate yourself. 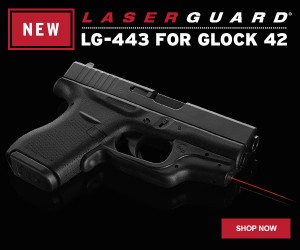 There’s a reason I recommend these last on the list, behind more difficult to shoot compact revolvers. With the current quality of single stack 9mm pistols on the market, I don’t really see the point of these wee little .380s any more. But some people really don’t want a 9mm in this size, they don’t want a wheelgun, so a .380 makes the most sense. These guns frequently are difficult to really shoot well, and their truly compact size sometimes can compromise reliability, but they satisfy the first actual rule of gunfights: have a gun. I think that a j-frame is a preferable choice, but not everyone wants to get down with a DA revolver trigger. Also, don’t ever let people tell you that these pocket blasters aren’t accurate:

There you have it. The top 5 categories of guns that I recommend as primaries for concealed carry, in order from my favorite choice to my least favorite choice. Savvy readers will probably notice a couple of classes of guns missing from this list, if you think you’ve spotted it, let me know in the comments.