We all know that we always need to carry our damn guns. Concealed carry without the gun is just…a regular day, I guess? I don’t know, but I do know that a lot of people don’t think about what they’re carrying beyond the gun. I’m not talking about pointless tactical accessories here either; I don’t need an IFAK or 30 meters of 550 cord on a daily basis, I don’t carry three spare reloads and two extra guns. But here are the five things that I believe are must haves when I’m carrying concealed. I’m not going to put “a good holster” on the list, because you should know that already…

1. A good belt
Right now, I’m wearing the TacShield Tactical Gun Belt, which was sent to us for review, and I really like it. 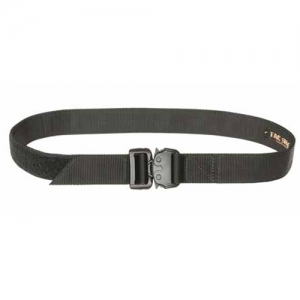 You don’t have to buy this specific belt, and if “tactical” belts aren’t your speed, there are plenty of good looking leather gunbelts out there that will also do the job. But a belt is important! When you’re carrying a gun, the belt is doing 90% of the work of keeping that gun where it’s supposed to be. A piece of s*** wal-mart belt isn’t going to do the job.

2. A cell phone
Everyone has a cell phone, right? But think about this. Let’s say you live in a metro area, a city, and you have a dog. You take your dog for a walk, and because you’re not a savage, you toss your G26 on when you go as well. Now, because we don’t carry out guns because we’re optimists, something bad happens and you need to dump a guy, or maybe you don’t, but you still need to draw your gun. You need to be your own first responder when that happens. It looks a lot different if the first 911 call after a DGU (whether or not you pull the trigger) comes from you and sounds like “Someone just tried to mug me at the corner of 38th and Whath, I am afraid for my life, please send help.” Because if that call doesn’t come from you, it may sound like “a guy just pulled a gun on some homeless dude, send ALL THE POLICE.”

3. A flashlight
I’m not necessarily talking about a face-melting 600 lumen lightsaber here, although those are awesome. I’m thinking for more practical purposes like “I dropped my keys in the parking garage.” For that, something as simple as a LED Lenser

may be your best choice. However, you can get a light that will serve a tactical purpose for self-defense and still work as a general use flashlight as well. I carry a TerraLux TT2 all the time, and I love it.

4. A good wallet
“Caleb, what? A wallet? Everyone has a wallet.” Yeah, you’re right. Everyone has something they keep in their pocket that they tote credit cards and their ID around in, but have you ever needed something out of your wallet in a hurry? Like say, an ID and concealed carry permit to show to Officer Friendly when he’s debating internally as to whether or not he should put you in handcuffs and just do it himself? I don’t know about you, but I hate being in cuffs. Your wallet is actually important, and it’s also a sign that you’re an adult. If you’re rolling around with your credit cards and cash just sort of jumbled together, or even worse in one of those gauche little clips, you need to up your game and get a proper, grown up wallet.

5. A humble attitude
This probably should have been number 1, but I wanted to save it for the last because I believe it’s something we all overlook on a day to day basis. We can all admit to each other that there are days when we’ve wished a motherf***er would, but not because we’re a bunch of bloodthirsty maniacs. We sometimes want that because it’s normal, when you’ve invested time, effort, and money into growing a skill set to want to test that skill set out (which, by the way is why classes and competition are so important, but that’s a different post). However, if our goal is to defend ourselves, the best way to win a gunfight is to avoid it. Don’t be confrontational. Some dude cut you off in traffic? Let it ride. In a crowd and someone jostles and spills your delicious lemonade? Let it go. Because if there’s one thing I’ve learned over my short time on this planet, if you go out with a chip on your shoulder looking for trouble, it’s going to find you. Whether or not you admit you were looking for it.

You’ll probably notice one item I didn’t include on this list, and that’s “a knife.” Honestly, if you’re reading this site and you’re not carrying a knife…you might be in the wrong corner of the internets.