As I mentioned yesterday, I’ve been out of pocket for a while attending Air Force Basic Military Training. I’m now at the Security Forces Academy training for my AFSC to get my three level. Security Forces was my first choice in the AF Reserves, for quite a few reasons. Unlike other service’s military police, Security Forces (often referred to as Defenders) have a large role outside of the law enforcement side of the house. In fact, it was during my lifetime that Security Police and Security Forces were combined into a single AFSC that accomplished both missions. Obviously, most people are familiar with the LE mission, however the “security” side of the house covers everything from gate guard at home station to outside the wire SAM footprint patrols. Outside of the AF’s special operators and battlefield airmen, it is the AFSC most oriented towards small unit ground combat. That alone attracted me to the job, along with the opportunity to learn skills that are directly applicable to my civilian work in the firearms industry. Plus, you get a cool hat.

The point of all this backstory is to get us here – Security Force Airmen are required to qualify on multiple weapons platforms at the Academy: the M9, M4 Carbine, M240, M249, and M203 grenade launcher. Additional weapons such as M2s are covered at later dates if an Airman’s duty station requires it. Today I want to make some quick observations about the handgun program itself. In brief, the handgun qualification is 90 rounds, 45 for practice and 45 for score. It’s fired at 7, 15, and 25 meters. To qualify, an airman had to get 35/45 hits on what is about a B27-sized target. To qualify as an Expert Marksman, you have to get at least 41 on the paper, with 6 in the six inch head box and 25 in the 10 inch body-circle. All strings are timed, and with the exception of the 25 yard string, all strings are two body shots and one head shot. And before you can ask, yes I qualified as expert. A perfect score would be 45 on paper, 13 heads, and 32 body hits. I got 45/12/32. I’m a little bitter about missing that head shot to be honest.

Some observations from the text itself: the AF on paper teachers the Weaver stance, however all the CATM instructors taught a variant of modern isoceles instead. What was most interesting is that the Air Force teaches slide lock reloads instead of pulling the slide. This was refreshing, and to be honest a little bit surprising as I’d expected to hear some nonsense about “gross motor skills” during our handgun class. Instead it was simply presented as “bad magazine out, happy magazine in, press slide lock and resume slaying bodies.”

Equally refreshing and surprising is how Defenders are instructed to carry our pistols. 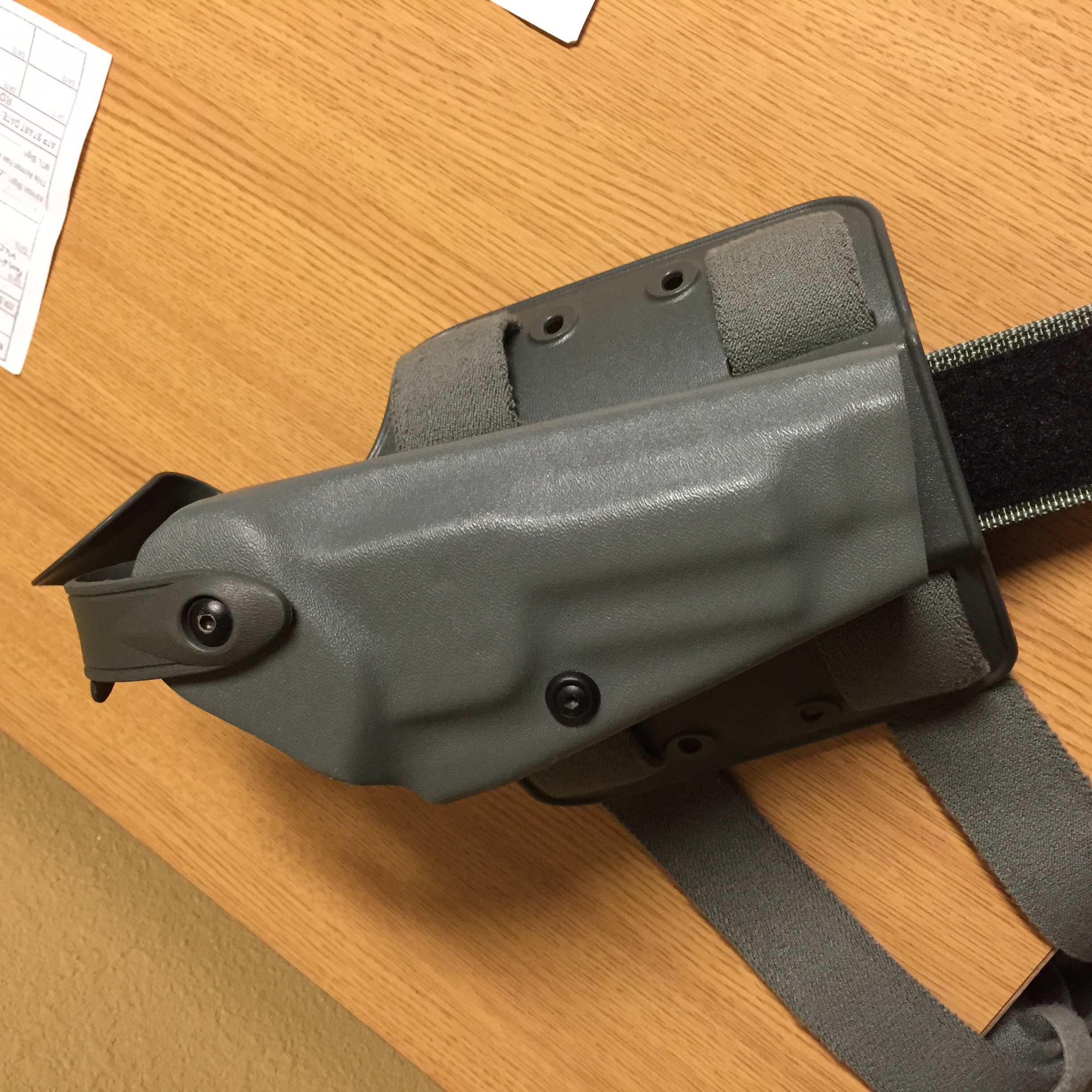 We’re issued Safariland SLS holsters, which are pretty much the best retention holster on the market. At the SF Academy, we’re taught that the correct carry condition for the M9 is chamber loaded, decocked and (wait for it) safety off. The gun is in DA mode and ready to fire in the holster, exactly as I or any competent self-defense instructor would recommend carrying a DA/SA auto like the M9. I was quite pleased to see these common sense TTPs included in the base-level training that every SF apprentice gets.

The only real complaint I had about the course was that my M9 was in desperate need of a new recoil spring, as it had a tendency to lock the slide open every shot with certain magazines. Luckily, the time limits were generous enough that I could still fire the string accurately with time to spare, even if I had to smack the magazine every shot.

We finish up our M4 training next week, so I’ll have some thoughts on that as well once we wrap up. So far we’ve hardly begun training, but I can already tell I’m going to enjoy this course. What’s not to like about guns, PT, combatives, and arresting people?