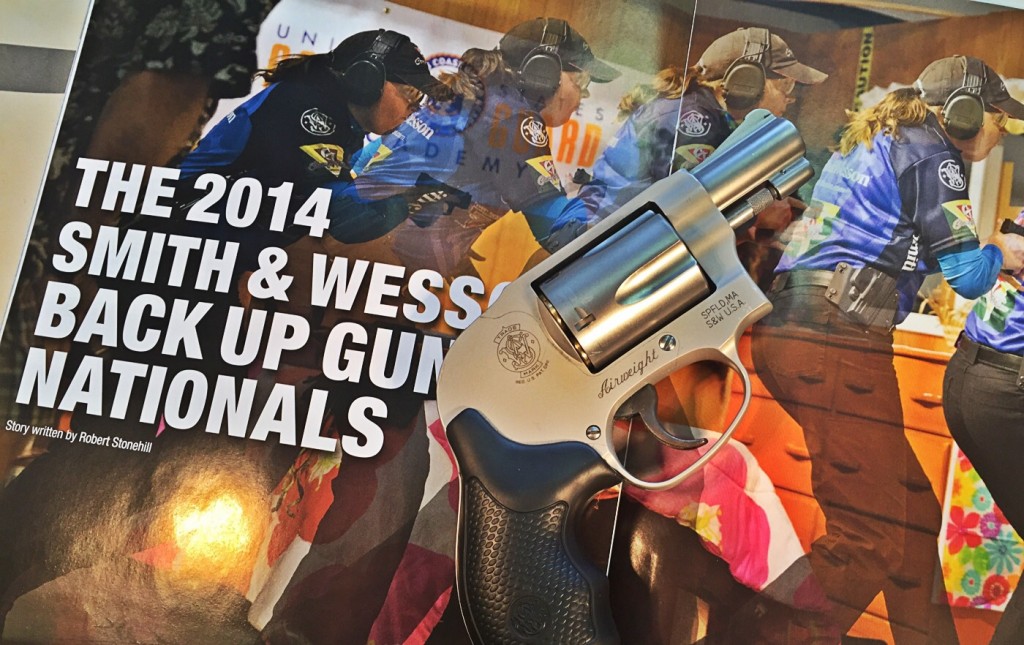 2014 was the last year that the humble j-frame was a legitimate contender at the IDPA BUG Nationals. In early 2015, the rules were changed in order to make Back Up Gun a full on division, and to do that meant making it a mandatory six shot division. The justification for this was that classifying with a five shooter would have been a nightmare, and while that’s true, it’s sad that IDPA killed the only place where the old-school king of carry guns could play. With the rise of the 9mm pocket gun, what is to become of the humble Airweight? 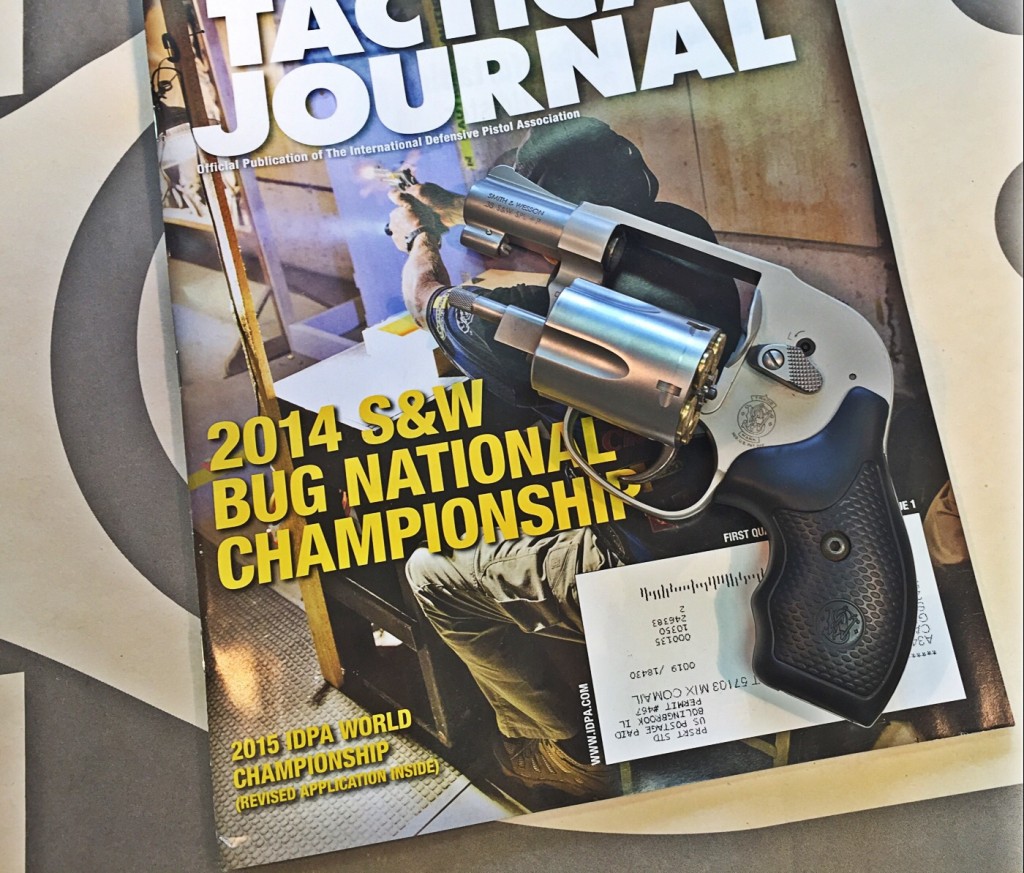 Luckily, the Airweight j-frame is here to stay, and the 638 is one of the best examples. It’s absolutely simple: fixed gutter sights, shrouded but not fully enclosed hammer, just meat and potatoes. The hammer is probably the most interesting feature, because it offers all the advantages of a DAO shrouded hammer gun, and yet retains the ability for single action fire. Regular readers know that I’m not really a huge advocate of SA on defensive revolvers, but in a lot of ways this kind of makes sense. I accept that while I, and others like me, regard J-frames as “expert’s guns,” the vast majority of the shooting public does not. So I actually think that retaining the SA function in a way that doesn’t impede the ability of the gun to be fired through a coat pocket or jacket pocket is actually a pretty good idea. 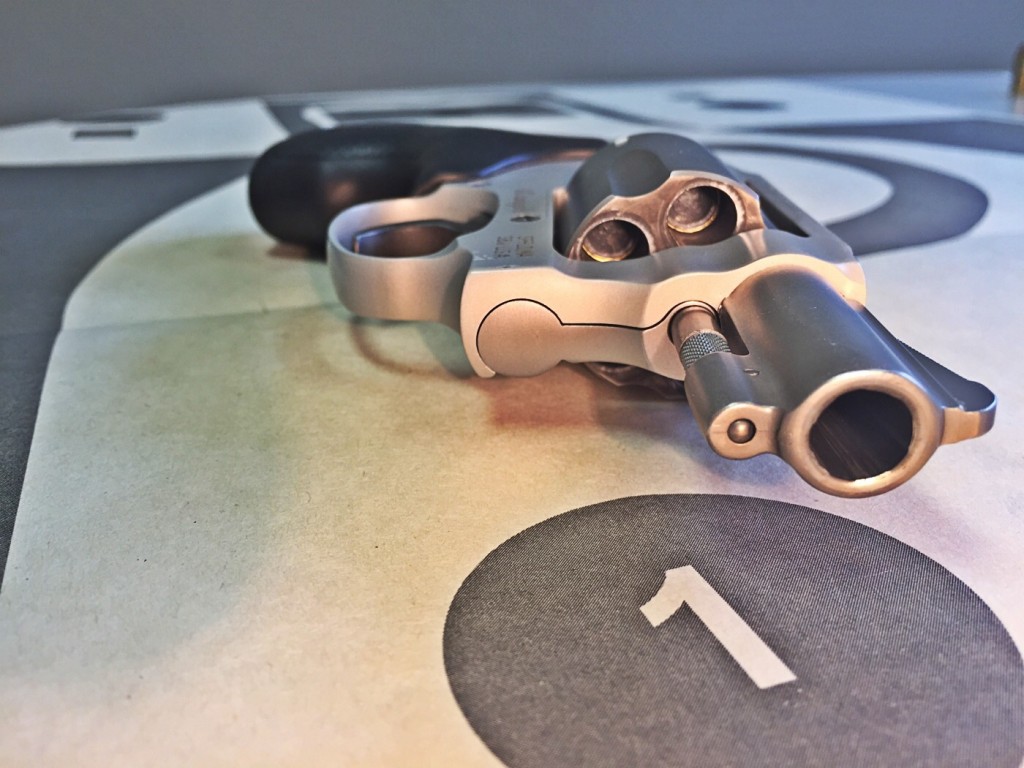 For carry and practice, I recommend loading the 638 with 148 grain full wadcutters. My preferred brand are the Federal Gold Medal Match, which is what this gun was tested with. The 148 grain Federal rounds shoot directly to the front sight at 15 yards, and will easily keep all five shots in a 3×5 card at the same distance. The reason I recommend this ammo is written out in detail in this post, but the short summary is that wadcutters are easier to get hits with, and only hits count. Remember that. 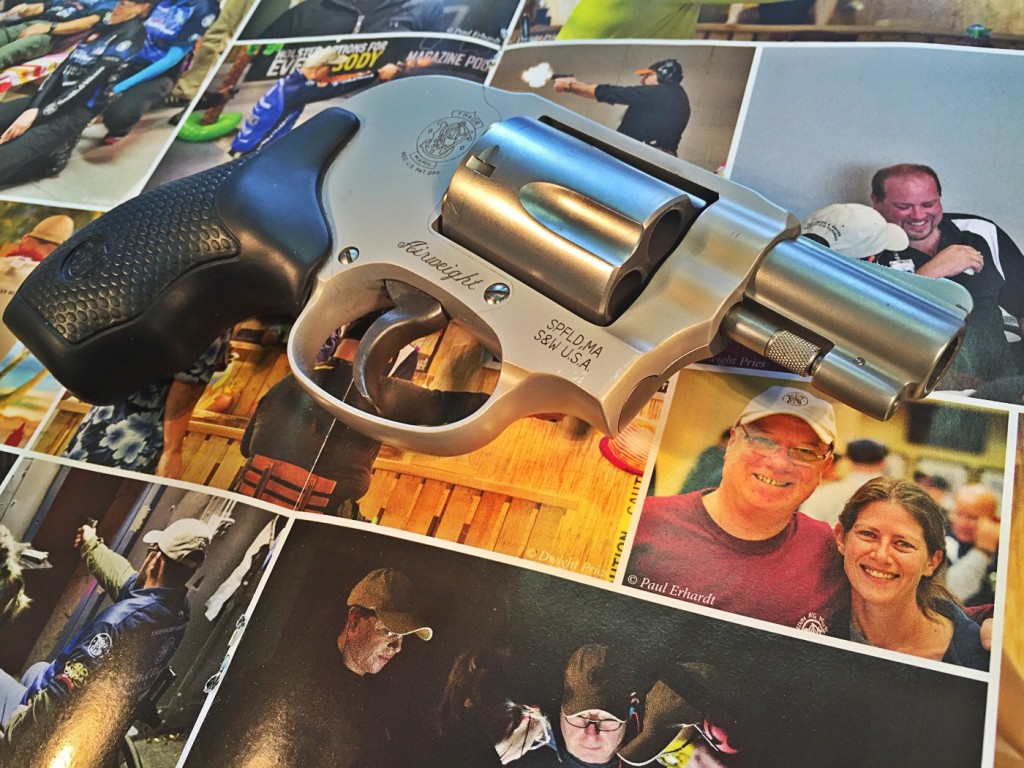 Once you get past the 638’s party trick of retaining SA fire, it becomes much like any other Airweight j-frame. It’s light, it is easy to carry, it is easy to conceal, and it is hard to shoot well. While this gun is completely stock, I always recommend the following modifications for any j-frame:

I’ll get around to dropping those mods into this gun sooner than later; I genuinely believe that the combo of a laser and slightly better trigger makes the j-frame a lot easier a gun to shoot for a newbie. Of course, you’ll get objections from people who don’t want to drop more than the gun’s retail price on aftermarket accessories, and I get that, I really do. But again, this is an expert’s gun. If you want to really maximize its potential, the laser is a must, and the Apex kit helps a lot as well.

Ultimately, the verdict on the Smith & Wesson 638 is simple. It is a no-nonsense carry gun, and if you buy one you’re not making a poor choice. Sadly, it’s largely outclassed by the current crop of pocket 9mm guns such as the M&P Shield or the Glock 43. The ready available of easier to shoot, easier to operate, and just as easy to carry pocket 9mms will probably what eventually kills the j-frame, if such a thing is possible. Until then, us revolver guys will keep holding on.