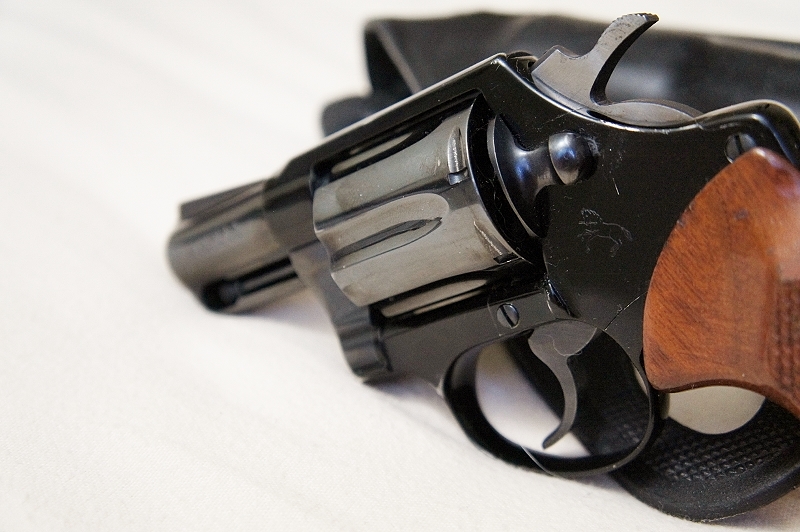 Today’s revolver tour is the only gun in the safe that isn’t actually mine, it belongs to Shelley Rae. It’s actually been in her family for three generations now, and that makes it special. It would be special anyway, because it’s a Colt, and I have a soft spot for Colt revolvers.

There’s something about Colt wheelguns, I don’t know what it is. But they tickle my fancy in just the right places, and I get the wants every time I see them. Interestingly, if you take the crazy prices that Pythons and Anacondas fetch out of the equation, used Colts are generally pretty affordable…for a Colt. You can find used Cobras on GunBroker for $600-800, depending on condition, and whether or not they have a box. 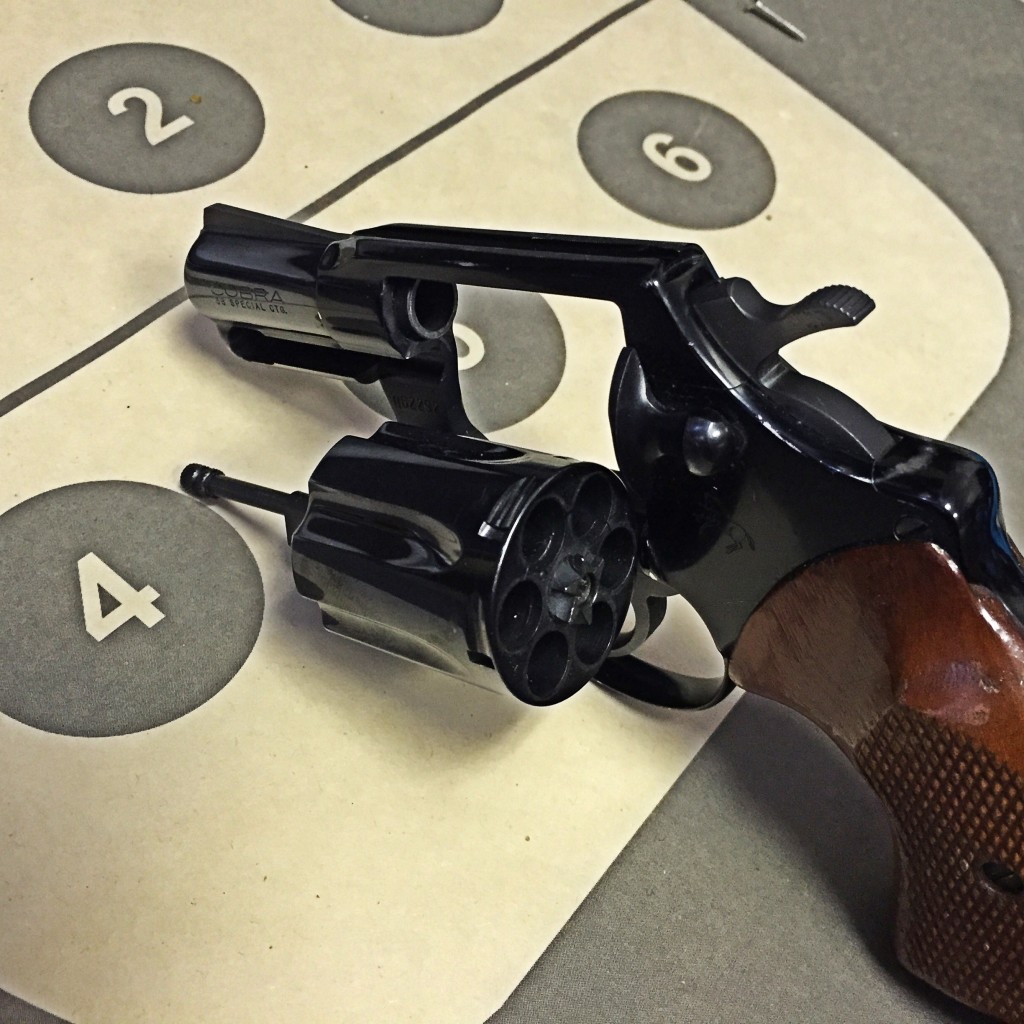 The Cobra is what Colt refers to as a D-frame, it is their small frame gun, similar in size to the S&W J-frame and the Ruger SP101, but unlike those guns it has a sixth shot, which is a pretty neat trick in a gun this size. It also has a good trigger, but a reputation for being a bit more fragile than the other guns in its class. The Cobra is the alloy framed version of the small line-up, which is lead by the Detective Special, the steel framed D-frame. Detective Specials will run about $800 for a decent example, but they’re worth it as collector’s items or as shooters.

Bottom line here? Everyone should have at least one revolver with a rampant pony on the side. Even if you never shoot it, they’re nice things to have, and that’s a worthwhile reason to own something.