Washington State is probably going to lose a big piece of the gun rights battle soon, because it looks like Initiative I-594 is going to pass. Now, I hope I’m wrong. I hope the polling data is wildly incorrect, and that the initiative doesn’t pass. But things aren’t looking good for Washington right now, and it’s because at least in that state, they’ve lost the language battle around background checks. 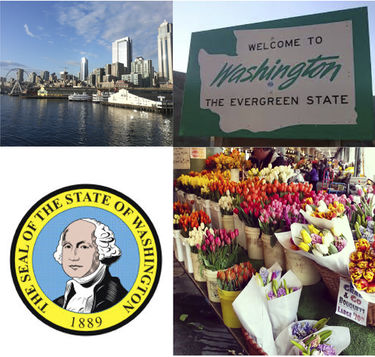 The problem with background check initiatives is that the language is really hard to control. “Background checks on all gun sales” sounds really good, especially if you’re swinging Paul Allen levels of money at low information voters. Yes, we know that internet sales and face to face sales are perfectly legal and actually aren’t a giant black market for felons, but how do you message that when the opposite side is dropping millions of dollars to sway low-information voters?

And make no mistake, that’s what will win or lose this ballot fight. It won’t be the dedicated pro or anti-gun people hitting the polls, it’ll be the Soccer Moms with their lattes and Ugg boots who vote for this. The media campaign I’ve seen for I-594 has been really good, which makes sense because the anti-gun groups have piled a ton of money into it. Just…all the money. This is how the fight is going to look now, and that’s unfortunate because it’s harder to fight at that level for us.

The NRA, and the pro-gun people always win when the argument comes down to facts. That’s why SAF wins in courts, that’s why we win when we fight legislative battles. But ballot initiatives are like winning elections, and they’re decided by the people. As it turns out, most people are pretty stupid and easily swayed by emotion arguments, and there’s nothing our opponents are better at than emotional arguments. I do have to hand it to those guys, they did a good job of picking targets this time. A ballot initiative in a state with a notoriously ignorant electorate about an issue that’s easy to disguise and mislead on? Well played, fuckers.

I hope in two months time I’m writing a post about how wrong I was.