Almost five years ago, I got an email from a friend of mine in the firearms industry. He told me about how History Channel was casting for a new TV show that was going to feature marksmen competing in various challenges to see who was the best “all-around” shooter in the country. At the time, I was an up-and-coming blogger, I’d attended the first ever industry/blogger event hosted by Crimson Trace, ParaUSA, Blackhawk, and Down Range TV at then Blackwater; I was starting to catch more freelance work from the “real” firearms media. I was also (and this is important) bored out of my mind in my daily life – I was working a decently paying but completely unfulfilling job as an insurance agent, commuting 30 minutes in traffic each day. I had become the very thing I swore I’d never be: a desk jockey with a mundane 9 to 5. 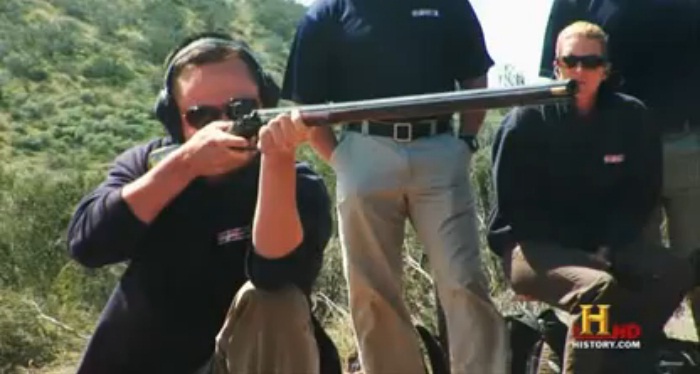 So of course I applied to be on Top Shot. I never imagined in a million years that they’d like me, or that I’d get flown out to California for an interview, or that the interview would go well and I’d end up with a slot on the show. The experience of being on a reality TV show was surreal – to me at least. Fun fact: for every minute of produced television that you see for shows like Top Shot, there are at least 400 minutes of footage that never made it in to the show. But it never really seemed real, because I was constantly aware of the presence of cameras. Even with that, I enjoyed my time. I was there for a bit over two weeks if memory serves, and I was the 5th person eliminated from the very first season of the show. My goal was simple: don’t do anything on TV that would upset my parents when they saw it, and I accomplished that goal.

Being on Top Shot was an instant boost for my career. There is absolutely no arguing that. The guys on Season 1 had an opportunity because we were the first to really reach out for that brass ring if we wanted it, and I wanted it bad. I didn’t want to be an insurance agent for the rest of my life, I wanted to make a name in the industry, doing what I loved, doing what I was and am still passionate about. It worked. I quit being an insurance agent, and got a contracting gig working for the NRA-ILA. Then, I became a sponsored shooter for Cheaper than Dirt, worked on a project for Down Range TV, and started writing even more. I eventually started working for a start-up company called GunUp, which I’m still with today. In the process I’ve met and lost friends, made and lost money, moved to South Dakota, and generally lived one hell of a great adventure. The past five years have been the five most interesting and exciting years of my life.

It’s safe to say that Top Shot was absolutely good for my career, and that’s why part of me will always love the show and its impact on my life. I’ll also always hate it just a little bit. It’s hard to explain – but there is a part of me, a caricature almost of me, that’s frozen in time, five years ago. This guy: 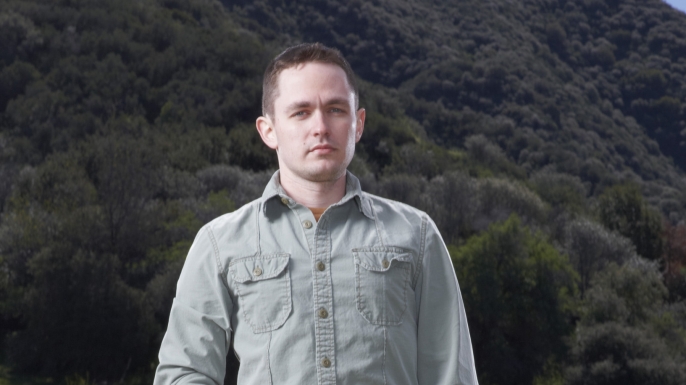 Good lord, look at that guy. I barely recognize that guy any more. He’s so young, he doesn’t even have a beard! It’s funny, because that guy…well, he’s really not me any more. He had different goals, a different outlook on life, lived in a different place, and was generally about as different from me today as he was different from me/us when I was 17. But for many people, that’s the only Caleb they’ll ever see – frozen in time as a 27 year old. That’s where the frustration comes from, because as thankful as I am for the doors the show opened for me, having been on a reality show can also taint legitimate accomplishments. The truth is that I’m prouder of making IDPA 5-Gun Master than I am of being on Top Shot, I’m more proud of making A-class in USPSA than being on TS, and I’m much prouder of the things I’ve accomplished in the industry. But Top Shot is always there, always a part of my past, just lurking around the corner for someone to grab at and say “he’s just a reality TV jerk.”

Also, just for a moment I want to address something that really annoys me: On my Top Shot bio, it says that “Other shooters call me the Little Giant.” The produces made that shit up out of whole cloth. I never told them that, and when they sprung it on me, I was like “what? No one ever said that about me.”

Maybe it’s true. Maybe I am just an attention whore who saw a chance to grab for the brass ring. But if that’s the case, then I’m just living the American dream. That’s the thing: if you were in my shoes, and saw a chance to do what you loved, what you’d always wanted to do, wouldn’t you try? Top Shot was great for my career, there’s no question. But the exposure I got from TS would have been worthless if I hadn’t been willing to put in the work to actually get to where I am now.