Smith & Wesson and Ruger both ship most of their revolvers with this grip, or a grip very similar to it: 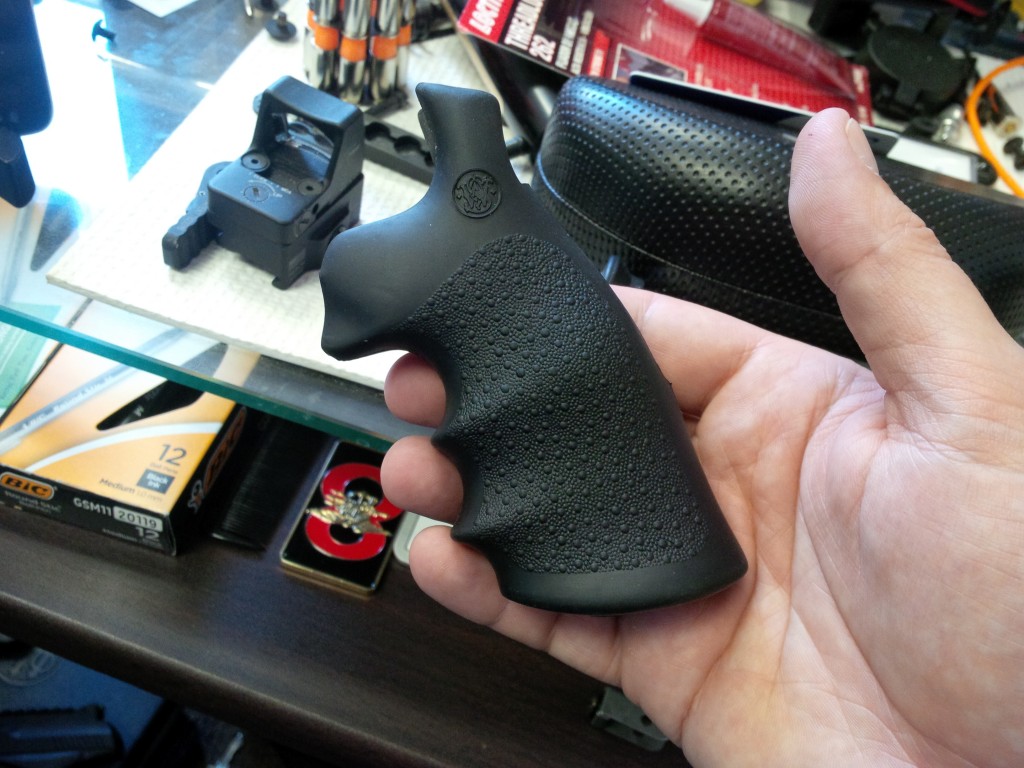 What I don’t get is why they keep doing that, because this grip sucks. It doesn’t fit the majority of shooters, it looks kind of dopey, and if it doesn’t fit your hand it’s going to push your hand lower on the grip than you’d really want. So why? Was there a conference the 70s where a bunch of dudes with hands even bigger than mine were all “ALL REVOS SHOULD HAVE THESE TERRIBLOR GRIPS ON THEM” or are they on guns because gun owners think they want them? 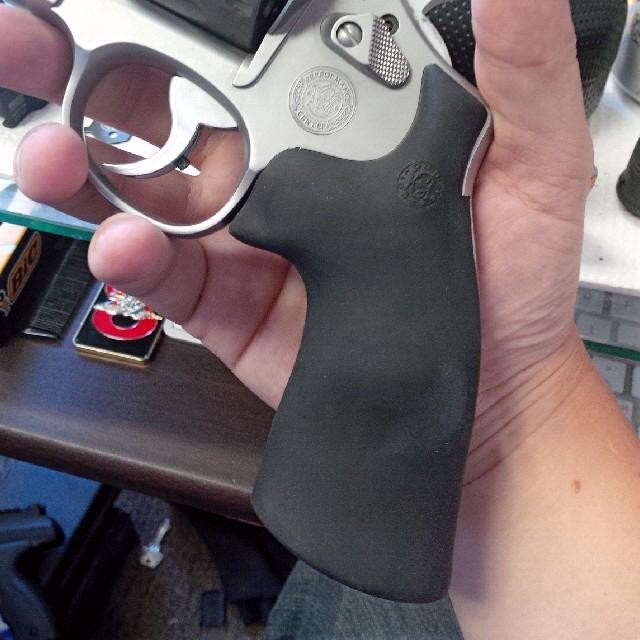 Maybe I’m out to lunch on this one, but is there anyone out there who genuinely prefers to have the finger grooves on their gun? I have to admit that I do have one gun with finger grooves that I like, it’s a Security Six set up for bullseye/Bianchi Cup with wood stocks that I shaped to fit my hand. So that’s one thing. But out of the box, these rubber finger groove grips just seem terrible. If you like them and think I’m crazy, let me know, because I’d love to see a convincing case for grooves instead the vastly superior in every way rubber stocks without the finger grooves.