Time is not on our side. Time is an awful, cruel mistress, the worst zero sum game of them all. For every second you spend doing anything, that is time that you cannot spend doing something else. For shooters, time spent on the range shooting is frequently time away from work, from family, from other hobbies. I’ve been rolling this one around in my head for a while – how can people make the most out of their range time? If I could only pick a few simple drills, what would those drills be?

There are a couple of options. Some people maybe only make it to the range once a month, but they’re able to carve out a bit more time that one trip – call it a 300 – 400 round session. That gives them options, and options are good. Other people might be able to make it to the range once a week, but only have time for a couple of boxes of ammo. Those are sort of the extremes that are available. 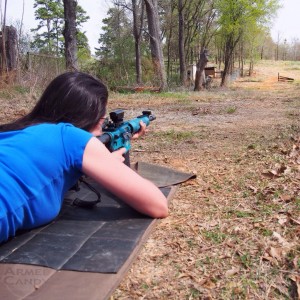 One of the difficulties of limited range time is setting up and understanding programming in your training. There is a huge difference between going to the range and blasting away, and actually going to the range to practice and train. There’s a difference for me when I’m reviewing a gun vs. actually trying to practice and refine my skill with a gun. Programming is important because it allows you to build specific skills and measure against past performance. I’ll draw an example from my latest hobby – running. I’m training for a 5k. My programming says “run x miles this day, x miles another day” and has me repeat this program for measured amounts of time. This way, I can go back and look at my training and say “I ran a mile in 7 minutes last week, today it says to push hard for a 6:30.”

But how do we build programming in if we only have limited time? The answer is to use simple, yet effective drills. One of my favorite drills for shooters on a limited time budget is the 99 Drill. It’s 99 rounds, and looks like this:

This was developed as a way to practice fundamentals (marksmanship at speed, draws, and reloads) with limited time and ammunition. Individual drills are shot multiple times to provide actual training benefit rather than just serving as a test of current skill level.

Either 4×6″ or 3×5″ cards can be used as targets. The 3×5 version is obviously significantly more difficult. All shots must be fired before the end of the PAR time; shots fired after the PAR count as misses.

The nice thing about this drill is that you can mix it up with par times and target zones to make it more applicable for your training. For example, when I shoot the 99 Drill, instead of 3 shots to the body, I’ll do 2x body and 1 head shot if I’m preparing for an IDPA match. In fact, if you want to adapt this drill for IDPA, I’d shrink the pars by 0.5 seconds across the board and go 2x body and 1 head, using the entire down zero in the body as your target.

Now, the 99 Drill is great, it really is. But it’s sorely lacking in long range practice. I do think as shooters we spend too much time at 7 yards and don’t push things far enough. That’s where the other “quicky” drill comes in: The Humbler. It’s 70 rounds, all shoot at 25 yards. Kyle Defoor calls it the best teacher of basic fundamentals out there, and I wouldn’t disagree with that.

The Humbler is the nickname for what is otherwise known as the 700 Point Aggregate. As of this writing, no one has ever claimed a perfect 700 on the drill.

The drill uses NRA B-8 bullseye targets at a range of 25 yards. A fresh target is used for each string to minimize scoring errors. Rounds impacting outside the marked scoring zones are zero points.

The Humbler is a serious test of marksmanship at 25 yards, and will exposure any weakness in your fundamental marksmanship skills. It usually takes about 45 minutes to an hour to set up and shoot properly. It’s also quite useful if your range has silly limits on shots per second, only 25 yard shooting, that sort of thing. If you’re not allowed to draw from the holster, for example, you can modify the drill to go from the low ready for Timed and Rapid fire. Can’t go prone? Cut out the prone and kneeling stuff for a “Speed Humbler” that only uses a single box of ammo.

If you want a really ballbreaking accuracy session, shoot the Humbler back to back with Dot Torture.

I really do like these two drills. If you can mix in a little bit of dry fire to work on things like reloads and draws from the holster, and then use these drills at the range, carefully measuring your progress and diagnosing your mistakes, you will see improvement as a shooter. I’m so confident in this statement, that this is how I’m going to train for the rest of the year. I’ll get out to the range this week and post my initial baseline scores for the Humbler, the 99 Drill (which we’ll modify to make more appropriate for our purposes) and Dot Torture. Then hopefully I’ll be able to get regular performance updates in to you.