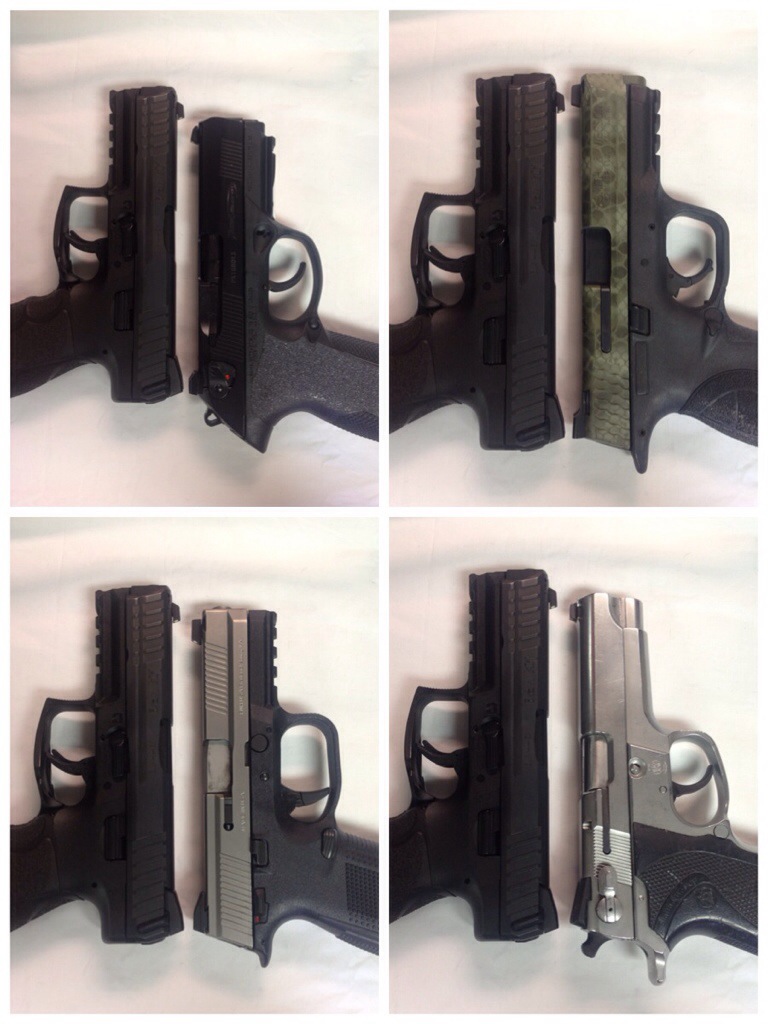 No, we don’t have any Glock 17s laying around.

What’s most interesting about this to me is that all these pistols have roughly the same barrel length, with the M&P being the longest at 4.25. The Storm and FNS both have 4 inch barrels, and clearly lose to the VP9 in the sight radius battle. The M&P’s slightly longer barrel gives it an edge, although I wonder if that might be changed by putting aftermarket sights on the VP9.