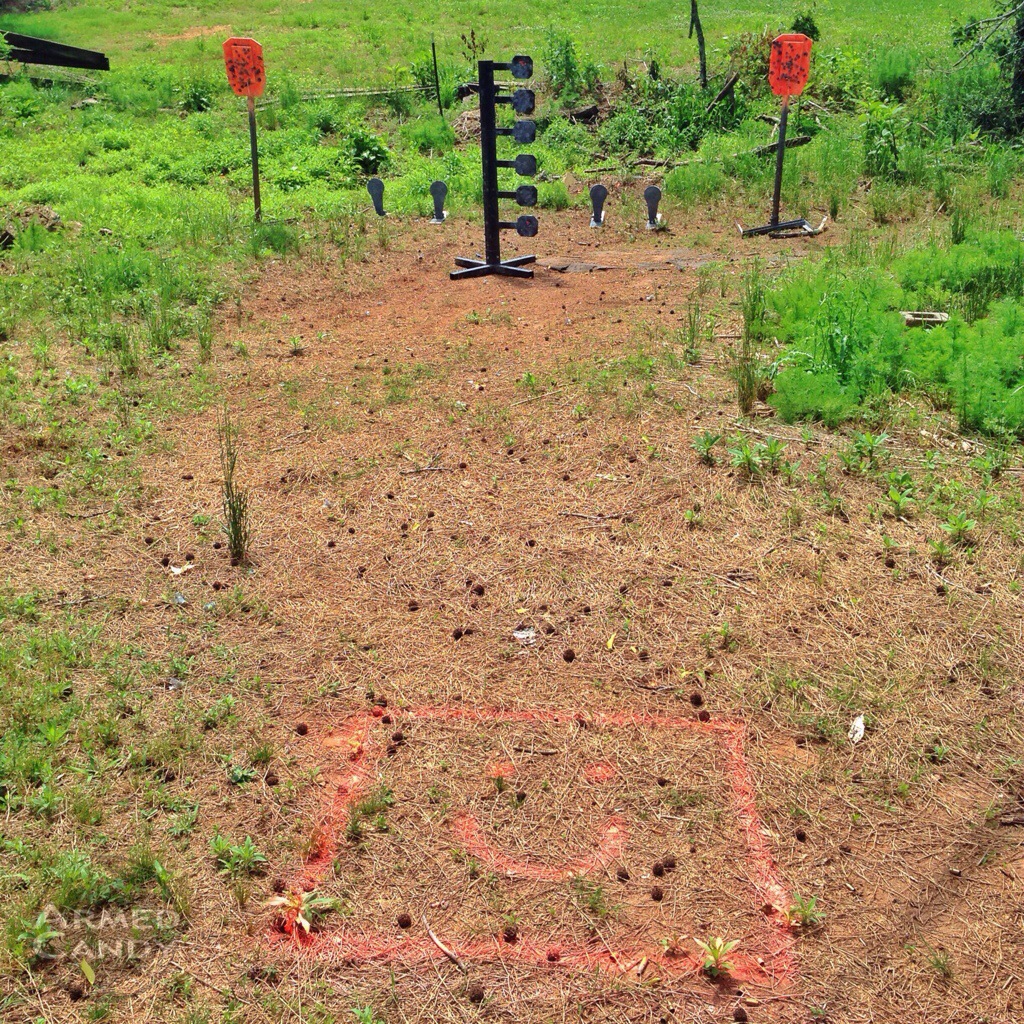 My coaches, James Casanova and Janna Reeves, are awesome! Last weekend the left me a course all set up and a handful of drills to keep me busy while they were at the Benelli Rockcastle match. The specific drills they chose, were based on two factors. One, after my performance at the USPSA club match the previous weekend, some skills were clearly in need of attention. Two, being alone in their backyard range, I had to be able to coach myself to a certain degree. In other words, with no one calling my shots, I would have to be able to self correct and then repeat, correctly. 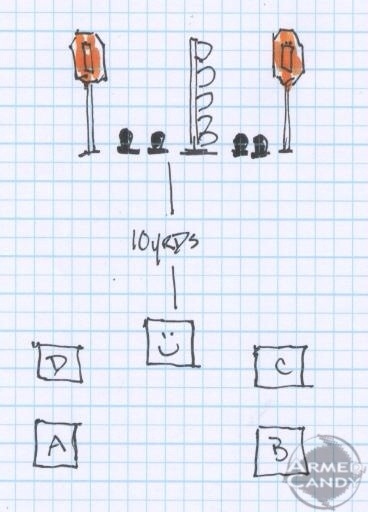 No doubt I knew to what, this drill was a response. (see last week’s post and video of my first experience shooting lefty.)

I ran through this drill once and then realized that I was rushing through my draw. I knew this because my first shots weren’t landing at all. So rather than run through the whole set of strings with bad draws, I unloaded my gun and slowly repeated 25 perfect draws. Then I did them again, only I loaded up and pulled the trigger. Then I did them again and I added the buzzer. After all these I went back to the original drill and things started going a lot better.

The next drill included the four boxes you see in the drawing. With my pistol I had to run from box to box, hitting two plates on the dueling tree as I reached each box. The focus was on sprinting between the boxes, but keeping the gun up so I was on target when I stopped. I ran through this set up twice, and was happy with my shots, but was too winded to continue. I ran it once with my shotgun, hitting one popper from each box, but at that point the Georgia heat and the 12ga had taken their toll. Not only did this drill teach me about my accuracy in relationship to what else my body was doing, but it also showed me that to practice this summer, I will need to go outside before noon.