The Beretta Px4 Storm Inox finally experienced its first failure to complete an operation cycle at yesterday’s club level USPSA match. Prior to that it had been lubed once, and fired 1695 rounds of various ammo without encountering any issues. I’m on the fence as to whether or not I should chalk the failure up to the gun, user error, or ammo. I’ll break it down for you and let you decide. 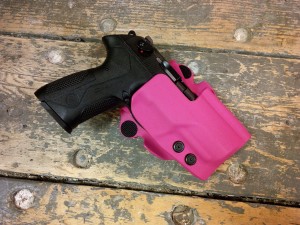 The situation: shooting a club level USPSA match in some pretty swampy conditions, including ankle deep muddy water on stage. For reference, check out the photo from my instagram (which you should totally follow). I was shooting steel cased TulAmmo out of stock Px4 magazines, and I had noticed that sometimes the rounds would bind on the walls of the magazine. This only occurred during loading, and simple tap on the magazine would be enough to free everything up. Prior to the issue, I’d fired 310 rounds of the same ammo through the gun without issues. While reloading on a stage with the worst water/mud conditions, I dropped magazine #6 into the goop on a speed reload. Because I’m dumb, I forgot to bring my mag brush, so I was unable to disassemble and clean the magazine properly. A brief cleaning and inspection made it seem to be okay, so it was placed back into the rotation.

Three stages later, mag #6 came back into rotation. First mag loaded into the gun, it fired four shots and then failed to return to battery. I tapped the bottom of the magazine and the slide went forward…and didn’t pick up a round. So then I had to rack a fresh round in, finished the stage and didn’t experience any other issues. It’s pretty obvious that the combination of a dirty mag and the steel cased ammo bound up the magazine spring and follower just enough to not let that one round feed; the question is whether or not I should count this malfunction against the gun. I honestly believe if I’d been using brass cased ammo that it wouldn’t have been an issue.

Other observations about the gun: the LPA adjustable rear sight I chose for Bianchi Cup is absolutely great for that match and precision shooting, but on a USPSA course I felt like I gave up a little bit of time. The rear notch is fairly narrow and the front sight is wide, so there isn’t a lot of light that comes in around the sides of the posts, and the huge wings on the rear sight also can interfere a bit with close transitions. For USPSA/IDPA style shooting, I prefer the much wider rear notch of the stock Storm sights, and will probably just switch to my gun that has those for action matches.

After the malf, I did field strip, clean, and re-lubricate the gun. I figured that since I was going to disassemble and clean all my magazines, that I might as well clean my gun while I was at it. The only other result of this is that I’m officially downchecking TulAmmo as anything other than practice ammo. The magazine binding issues aren’t a problem during a practice, but on the field they could crop up at a very, very bad time.

I’m still impressed with the Storm, and how well it shoots. This is rapidly turning into one of my favorite guns.