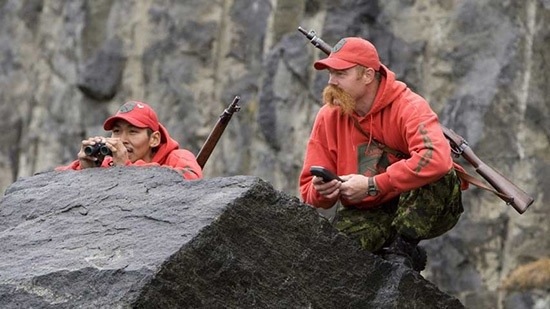 Found on The Chive a while ago; there are number of interesting things about this photo, not the least of which is the ginger gentleman’s tremendous facial appendenge. It appears that their rifles are British SMLEs, and that the sleeve of the ginger’s shirt says Canada on it. Any ideas what the context or where this is originally from would be appreciated.

Edit:It turns out they’re the Canadian Rangers, which as someone put it on Facebook “The Knight’s Watch in red hoodies.” They’re awesome.