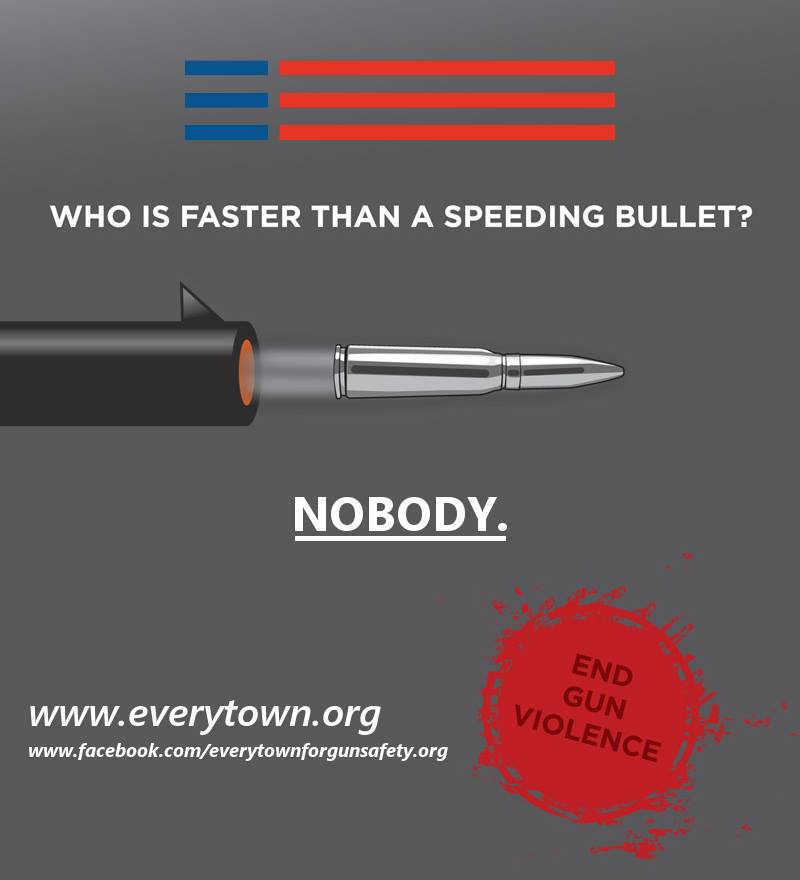 This is just classic. By now you’ve heard that Mayor Bloomberg, who thinks that everyone loves him and that his actions for gun control have guaranteed him a spot in heaven, rebranded his gun control groups as Everytown for Gun Safety. You also probably know that the prime FB page for that name got jumped by a pro-gun group, leaving Bloomie & Co with the less desirable “Everytown For Gun Safety.Org” in their FB url. The other day, they posted the above image on Facebook.

It’s such a perfect commentary on how the gun control movement thinks. It’s like a virgin lecturing on the dangers of sex, but they think that the prime entry point is the belly button or the ear canal. That’s just not how it works, and it makes you look even less credible than you already were.

You’d think 50 million bucks would be able to buy some art that isn’t just completely wrong in every way.

Edit: There is a chance this could be a fake. Here’s the detective work. The image linked was posted on https://www.facebook.com/everytownforgunsafety.org – the page has a few hundred likes, and posts typical anti-gun pap. It even shared a picture from MAIG’s official FB page, so it’s simple to make a connection. However, if you visit the official website of Everytown for Gun Safety (everytown.org) their “official” FB page is listed as https://www.facebook.com/DemandAction, and this image doesn’t show up anywhere on that page.

It’s quite likely the image and page is a fairly cleverly done parody of the anti-gun page, in which case I fell for it, hook, line, and sinker. If it is fake, my falling for it can be absolutely chalked up to confirmation bias on my part. I want Bloomie & Co to be this dumb, and to make stuff like this. I should know better and always check my sources.