Everyone is familiar with the Beretta 92 series of handguns, thanks to their former glory in 80s action movies and the fact that the M9 is still the standard issue handgun to most of the US military. For years Beretta has been producing another line of guns though, guns that some people love and some people just love to hate. This is the Beretta Px4 Storm. 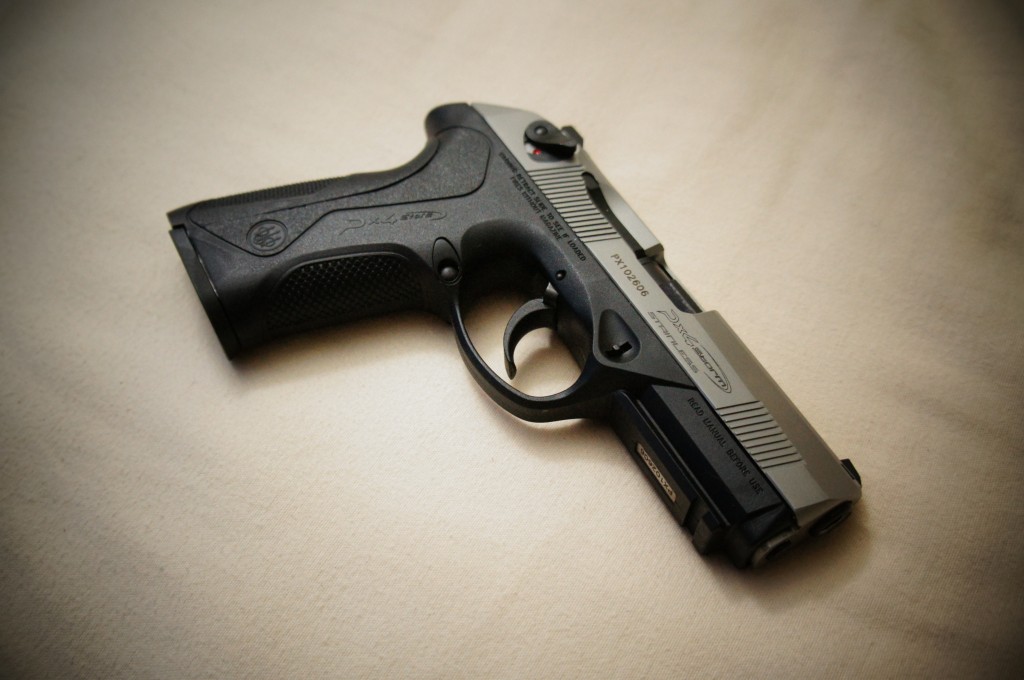 It might come as a surprise to our readers that the Px4 Storm is turning 10 years old in 2014. Introduced in 2004, it replaced the 8000 Series pistols in Beretta’s lineup as the choice for shooters who wanted a Beretta, but didn’t want a 92 series. At the beginning, it was available from Beretta in a number of different action types, starting with the familiar Decock/Safety F-type, the popular decock only G-type, as well as a DAO model (the D) and a strange “constant action” called the “C” model. It used the same rotating barrel lock-up mechanism as the 8000-Series, but came with new polymer construction, interchangeable grip backstraps and magazine releases.

Our test gun is a Px4 Storm Inox in 9mm. I prefer the Inox guns not because they’re more resistant to corrosion, but because they look cooler. It’s about as simple as that. I took the Storm out of the box, put on the large backstrap (to give myself the largest surface area possible) and took it to the range. It came with two 17 round magazines, and additional magazines are readily available online from Beretta USA directly or from major retailers such as Brownells.

What we like
I like DA/SA guns, and the Px4 Storm is a DA/SA gun. Out of the box, the DA trigger was heavy but clean, pull weight measured ~14 pounds with a bit of stacking near the end. The SA trigger was phenomenal, measuring at 3.7 pounds with a bit of take-up then a clean break. Beretta does some of the best DA/SA triggers out of the box, and like it’s big brother the 92 you can take the “D” hammer spring and fit it to an F-series Storm for an even better DA pull.

The gun also has a very mild recoil impulse:

Running a full 17 round magazine (for no reason other than it’s fun) is a piece of cake, and other drills like Bill Drills (etc) were easy as well. The soft recoil impulse is likely a combination of the unique operating system the gun uses and the size of the grip, which does an excellent job of distributing force through the hand. In fact, that’s one of the best features of the Storm: it’s large, and gives shooters a lot of gun to hang on to.

What we don’t like
The grip texture on the gun is not textured enough. I personally would go so far as to call the gun slippery, and would definitely equip any models used for serious competition or self defense with either comprehensive stippling or grip tape to give the gun a bit more traction. The factory sights, like many factory sights leave a bit to be desired, but luckily there is sufficient aftermarket support that you can replace them with designs more suitable for carry and competition.

The Verdict
Our test gun experienced no issues when firing the standard evaluation course of 500 rounds (300 FMJ, 200 JHP). Everything fed and ejected in a normal pattern. Prior to firing, the gun was field stripped and lubricated according to the manual. No other preventative maintenance was used for the test.

The Px4 Storm occupies a strange place in Beretta’s range. In a world of polymer striker fired guns vs. metal hammer fired guns, it’s a bit of an oddity as a hammer fired, polymer framed gun. It costs roughly the same as a Glock, and it terms of appearance it is one of the best looking pistols on the market. In many ways, it’s a lot like the new cars coming out from Alfa Romeo. They cost the same as souped up BMWs, and if you break it down logically you should probably purchase the BMW anyway. But there’s something special about the Berettas, something about the Storm that makes it interesting. Not every gun you own has to be for serious self-defense while HALO jumping with a knife in your teeth – some guns are just nice to own, and nice to shoot. The Storm in 9mm in my opinion would make a fine carry gun, and a serviceable competition gun…but it’s also nice to just look at it. So let’s end this post by doing just that: 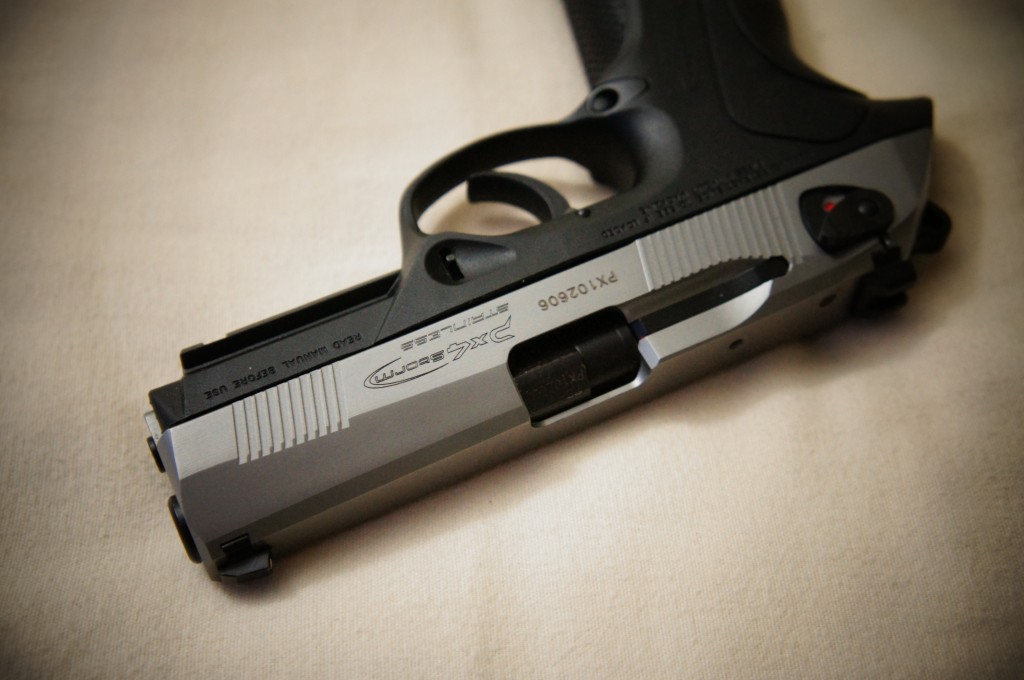