Tomorrow I’m heading out to Nevada for a coyote hunt. This should be a pretty neat adventure, as I’ve never done a properly organized coyote hunt before. I’ve shot them over bait, but never actually spent time calling them in and trying to outsmart what is one of the smartest animals in the world. 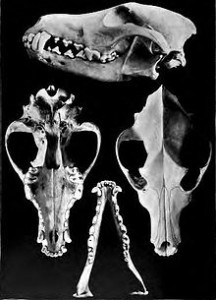 Fun fact: coyotes are the only indigenous North American predator whose numbers have increased since white people came to the continent. The ‘yote is also an important figure in various Native American mythologies, and of course the name of various sports teams, including the USD Coyotes.

I’ll be attending this hunt as part of a media trip, sponsored by Crimson Trace and supported by Ruger and Leupold. I don’t know what guns and glass we’ll be using, but I’ll have a full report on the great coyote shoot-out when I return to civilization on Monday. Anyone who’d like to share tips and info on coyote hunting in the comments is more than welcome.

My secret hope is that Ruger will be setting us up with some of their sweet M77 rifles in .204 Ruger, because I’ve always wanted to whack coyotes with that round. We’ll find out tomorrow!