I recently had a chance to chat with Scott Folk of Apex Tactical about some revolver related questions I’d had kicking around in my head. Just some simple questions and answers. Everything is summarized from my notes, so don’t consider these exact quotes from Scott. 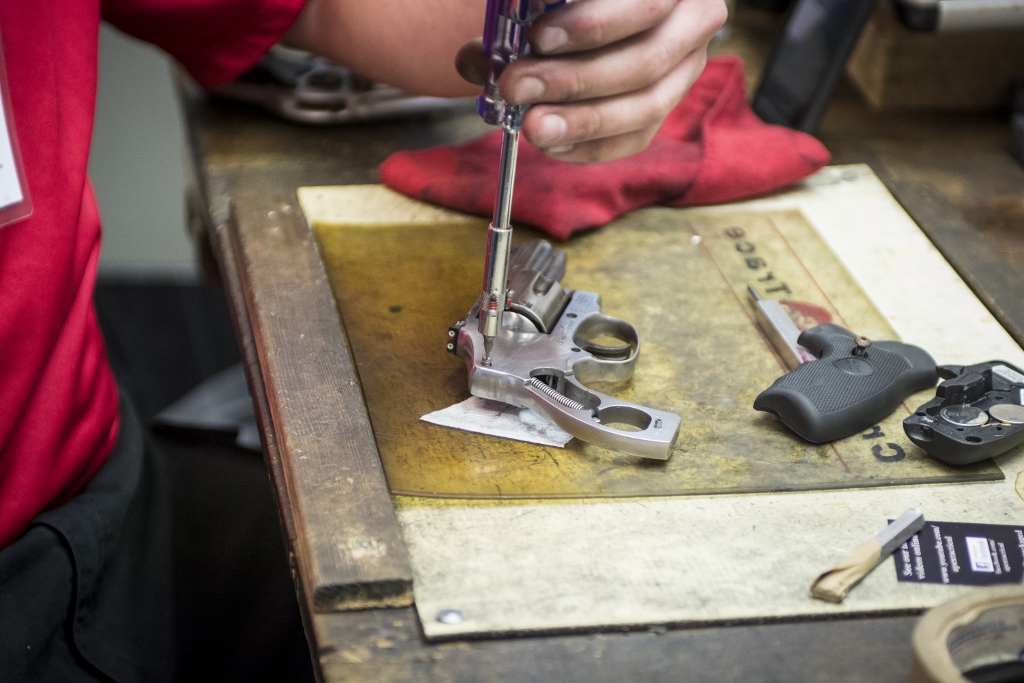 Question 1: Which is more important for reliable ignition, the mass of the hammer or the velocity of the hammer in a DA revolver?
Answer: Velocity, but only if we’re talking about centerfire guns. A spring of a given weight will accelerate a lighter hammer faster, giving it more velocity when it strikes the firing pin, which gives better ignition.

Question 2: Why does this apply to centerfire guns?
Answer: For various reasons, rimfire guns require a lot of mass to get reliable ignition which is why Apex recommends the mass driver hammer for competition rimfire revolvers.

Those were my only two real questions, the rest of the conversation centered around the incredibly boring physics of reliable revolver ignition. For example, Apex uses a shorter firing pin than S&W, and it’s also sharper. This allows the pin to get more of a run-up in the channel, and the sharper head is more likely to detonate the primer reliably than the factory S&W firing pin. Hammer velocity can also be negatively affected if the sides of the hammer contact the frame of the gun ever so slightly. Removing the single action notch on the hammer also allows the hammer just a bit more travel in DA mode, which also means more velocity.

Another fun revolver fact: your revolver has as many different trigger pulls as it has chambers. Pulling the trigger each time engages different bearing surfaces six times. I’ve actually seen this in factory guns, where 5 trigger pulls would be smooth and awesome, and then one you’d swear you could feel the parts dragging on each other.

So, remember this: if you’re looking for more reliable ignition in your revolver and you’re running fairly light springs, lighten that hammer up. Get more velocity, and you’ll increase your chances of getting reliable ignition.