We’ve been talking about rimfire revolvers for self-defense, and as a part of that I had the chance to take the Ruger LCR-22 in .22 LR out to the range this weekend. First off, let’s talk about why someone might choose to carry a .22 LR revolver over a more potent cartridge: ummmm……because it has less recoil? 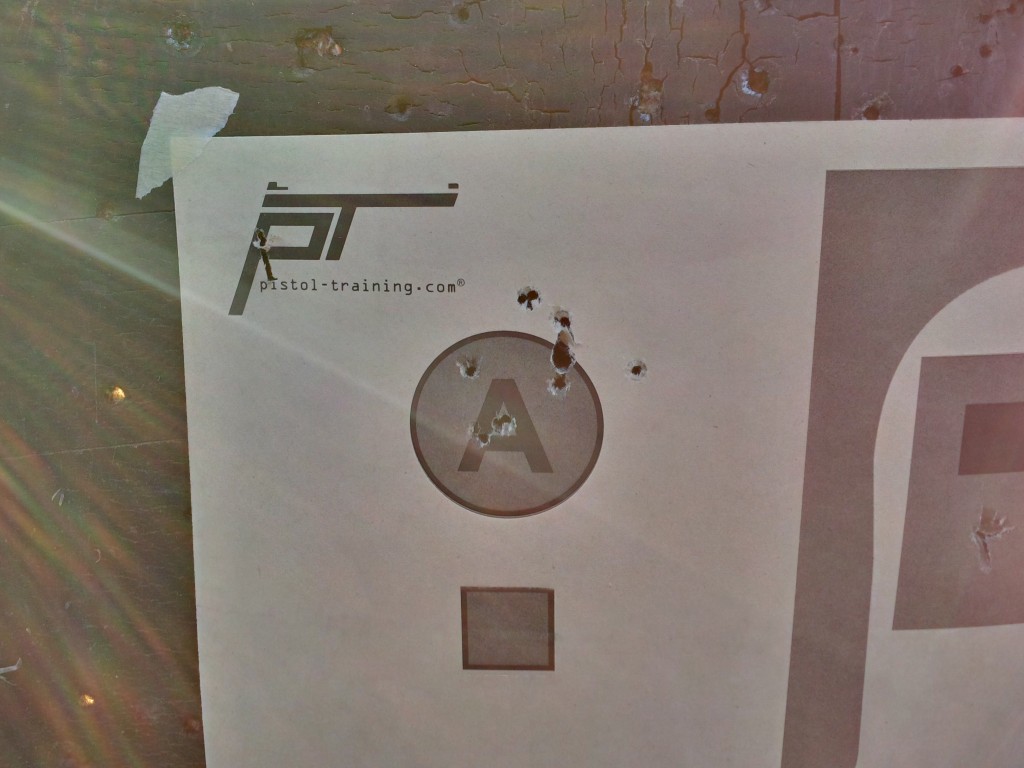 In truth, the best reason I can think of to carry a .22 LR revolver is shootability. This gun, at 25 yards off a sandbag produced an 8 shot group under 2 inches, pictured above. That’s 1.9 inches of accuracy out of a DA only gun in .22 LR. It’s also ridiculously easy to shoot well; head shots at 25 yards were no problem, and you could dump an entire cylinder of 8 rounds into the upper chest of a target as fast as you could pull the trigger at 25 yards.

That doesn’t address the primary area where a rimfire snub gun is lacking; and that’s terminal ballistics. Even if a .22 LR will penetrate 16 inches in ballistic gel, it’s making an awfully small hole. It’s not a service caliber like 9mm or .45 ACP, so it doesn’t enjoy the technological advances in bullet technology that those cartridges have seen. Also, it’s just less reliable. In my testing, even with good quality ammo the little Ruger did have a light hammer strike. 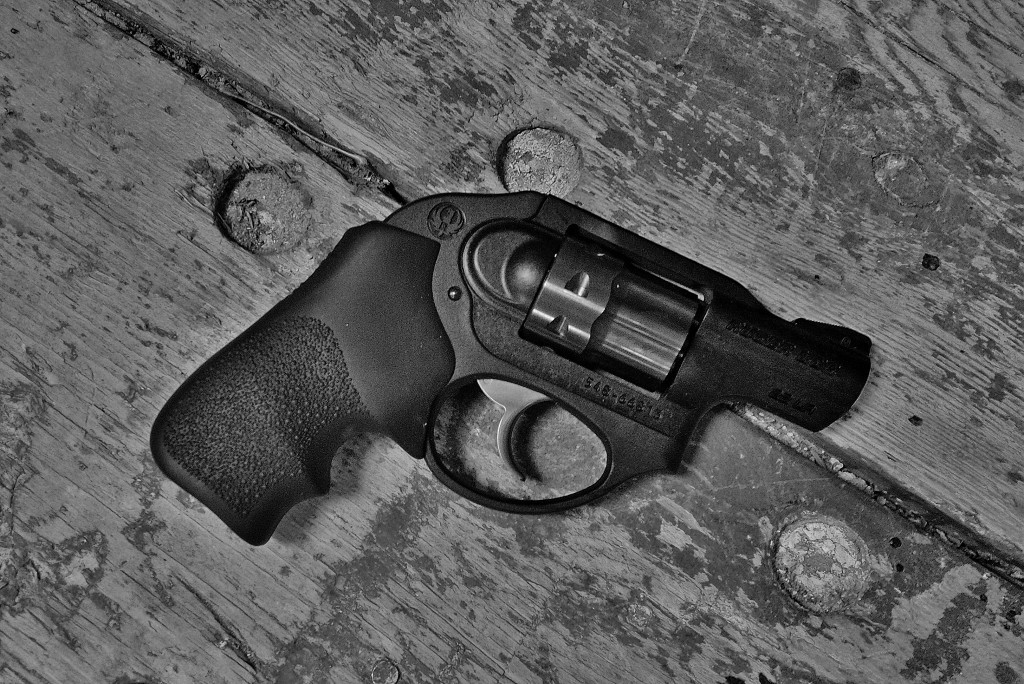 But don’t rule the .22 LR Ruger out yet. As mentioned, it’s easy to shoot well. The trigger is good from the factory, and because the gun has no recoil whatsoever it is, as mentioned, extremely easy to shoot rapidly and accurately. That’s not a bad thing for a carry gun to be, especially if you’re selecting the Ruger because you have issues with recoil in larger calibers like .38 or 9mm. That is a niche where a .22 LR gun like the LCR-22 can fill in quite nicely – carry guns for the recoil sensitive. Some people do want to carry a gun for self-defense but really, really don’t like recoil. Rather than suggesting that these people HTFU, there are guns on the market that they can carry. The LCR-22 is light, so carrying it won’t get annoying, it’s accurate, and it has no recoil. So for someone who wants the perfect unobtrusive carry gun, it starts to make sense.

There’s a caveat however – if you’re going to carry a mousegun like this, you need to practice with it. A lot, actually. More than you’d probably practice if you were going to carry a proper gun in a larger caliber, because the marginal caliber that the LCR-22 is chambered in means that shot placement is even more important than it usually is. The good news is that because the gun doesn’t beat you up, you can actually practice with it enough to build a sufficient amount of skill to get good, accurate hits.

Ultimately, .22 LR revolvers are not an ideal choice for a defensive gun. It beats a sharp stick certainly, and for a small niche of people it’s a perfectly logical choice. If you’re in that group of people, I’d heartily recommend the little Ruger LCR-22. It’s light, easy to shoot, and you’ll actually practice with it.