Yesterday, we received a letter at the GunUp office from the United States Department of Commerce, Economics and Statistics Administration, US Census Bureau. This letter informed us that our business had been selected (without our input) to participate in the 2012 Survey of Business Owners and Self-Employed Persons. Here’s where it gets ridiculous, and I’ll upload the entire letter so you can see it. 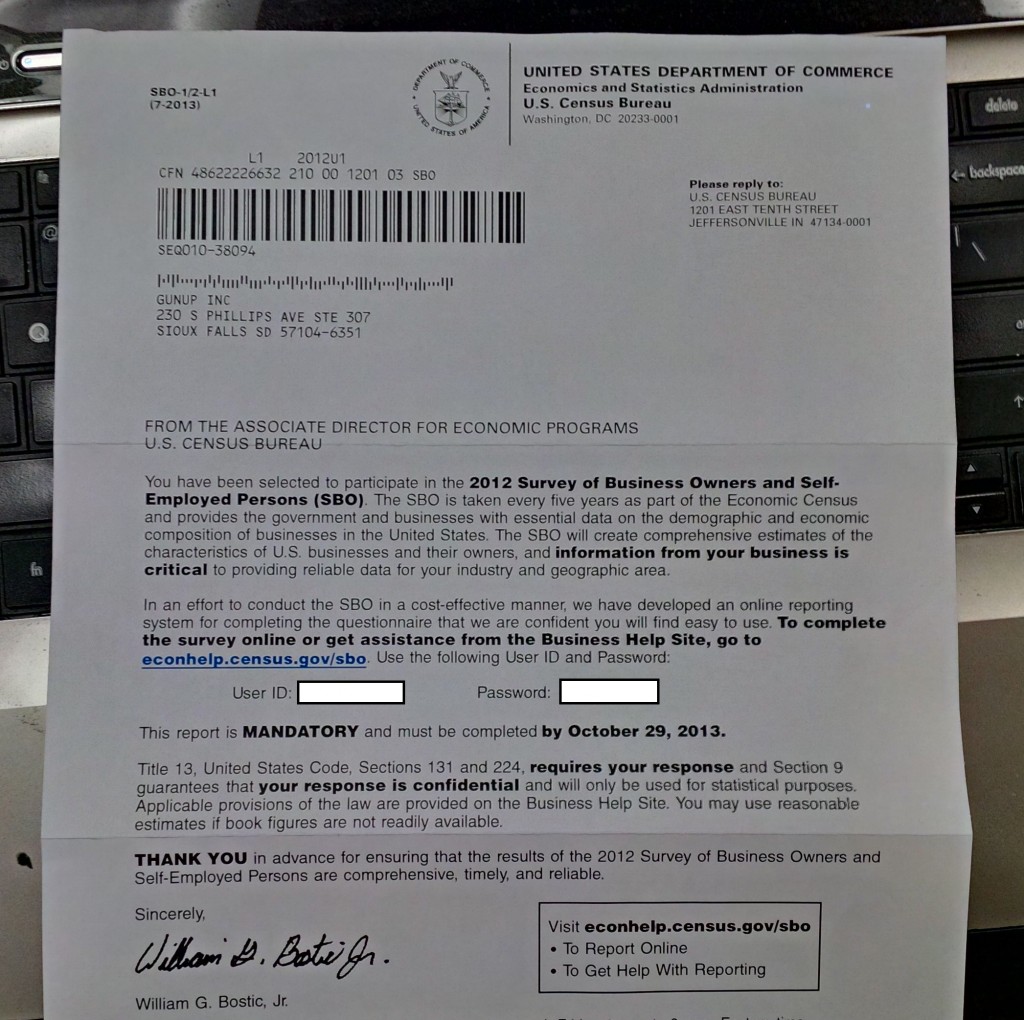 In case you can’t read it, I’ll reproduce the text here:

This report is MANDATORY and must be completed by October 29, 2013.

So, of course we go try to go to the website listed in the letter to do our civic duty and what happens? The site’s closed due to the .gov shutdown. So to recap, here’s what happened:

Let’s assume for the moment that the shutdown lasts past the 29th of October. I can guarantee that the government would still fine us for failing to reply in the allotted time…even though it’s their fault that we can’t.

It’s things like this that make me want to invade a small island and set up my own country.