I test a lot of guns for work, and that means shooting a lot of groups out of those guns. Every review I write usually involves shooting at least five 5-shot groups at 25 yards from a sandbag or rest, and I’ll usually shoot five more 5-shot groups freestyle from 15 yards. 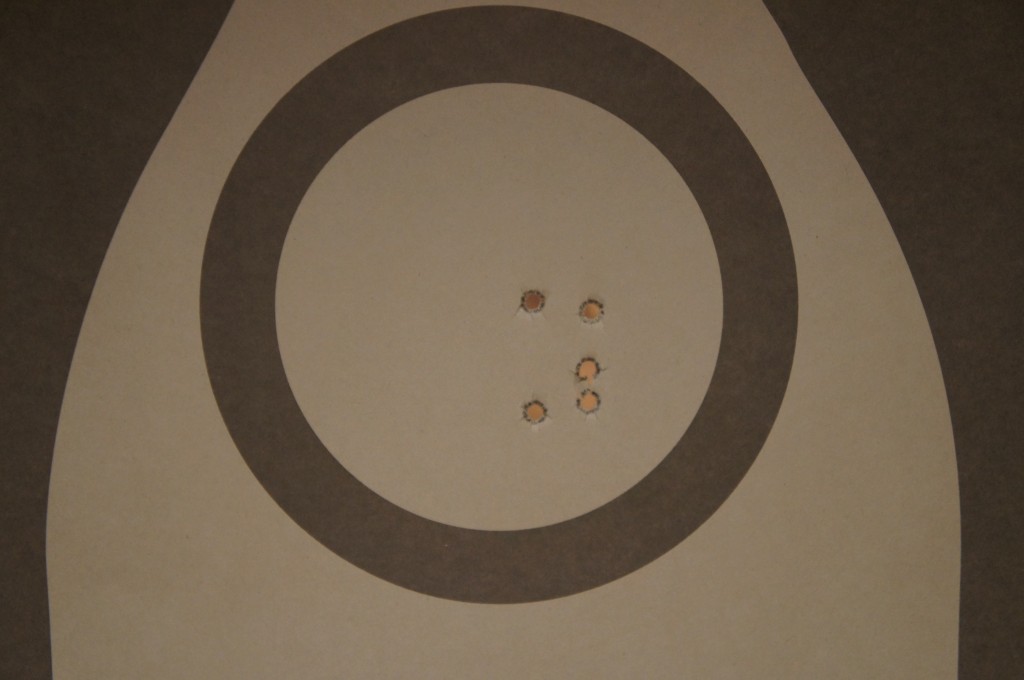 The group pictured was shot at 25 yards with a Sig P226 Elite, and measures about 1.6 inches. This particular group was fired freestyle at 25 yards, because I forgot to bring my sandbag with me to the range for testing on that day. Here’s another group, this one shot free style with the same gun and ammo at 15 yards. This group is 10 shots, and measures about 0.9 inches. 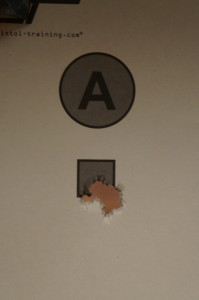 I had previously noticed that freestyle groups shot at 15 yards are frequently so close to 25 yard rested groups in size that they’re interchangeable, so I borrowed a sandbag and shot one more 25 yard group, this time from a rested position for max accuracy. The results were interesting: 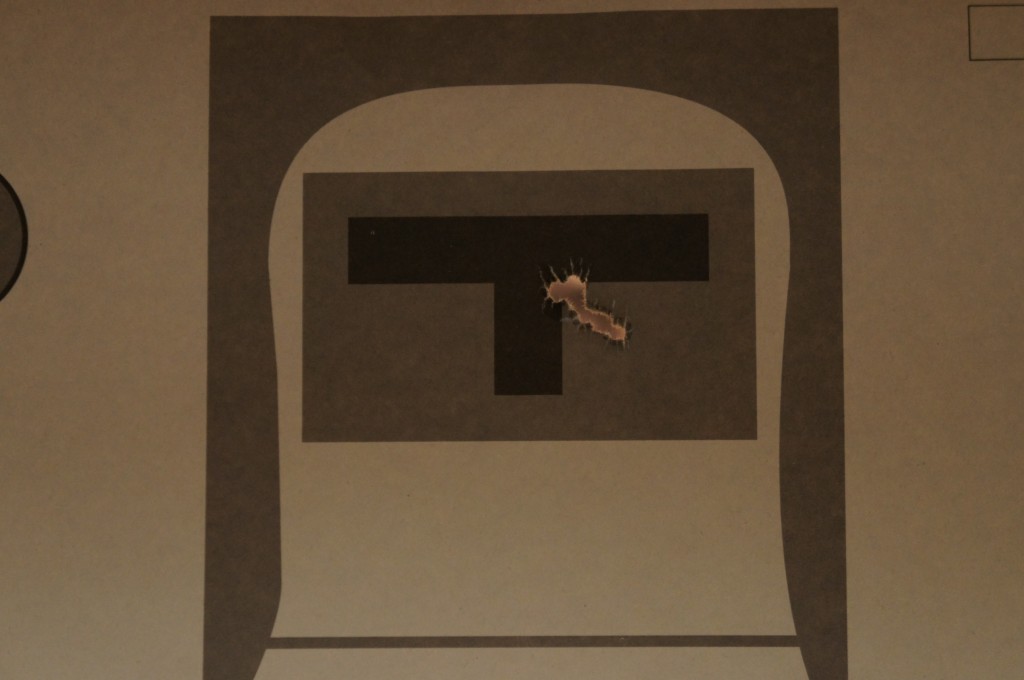 That’s another 0.9 inch group, but this time at 25 yards. By the way, I’m seriously thinking about taking this Sig to Bianchi Cup next year, because it’s obviously quite accurate. It would make a hell of a Metallic gun for the Cup. However, back to the point – this was the first time I set down to actually gather data and try to control for it a little bit. For years I’ve been noticing that my 15 yard freestyle groups were very similar to the best groups I could produce from a bag at 25 yards, and used that bit of anecdotal information to help me sight-in quickly if I was short of time. I like to know my point of aim/impact for any match gun at 10-15-25-35-50, but if I’m in a hurry, 15 yards is a perfectly acceptable mid-range zero for a competition gun with adjustable sights.