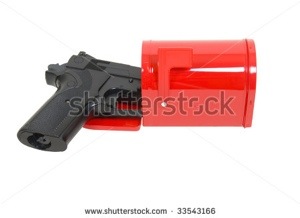 Dear “anti gun-control nut with a handful of ricin and a postage stamp”,
You seem to be all fired up about gun control and ready to shoot to keep your guns, and while I appreciate your passion, I’d like to be the first to say: Please don’t help us!
Thanks,
Gabby

Since last week’s sender of ricin to Mayor Bloomberg and his gun-control organization, seems to prefer the letter format, I thought I’d start this rant in a way that would be easy for him to grasp. However, there are so many culprits of crimes against the general public, when it comes to ricin-laced letters, that I can’t stop there.

I also want the news to stop reporting about these ricin laced letters. The government seems to have set up systems for mail handling that have worked to protect the folks to which these letters were addressed. So the system is working, lets move on to real news! I especially hate these reports because they always end the segment by saying, “…officials are concerned these acts may inspire copycats.” … And if they do, Mr. TV Journalist, you will be where I place the blame!

Now that I’ve gotten that out my system, I’d like to go back to the ricin sending kook. In my opinion, such a person needs to be locked up. His behavior is unacceptable and he needs to pay for his crime. But to me, he’s also committed a serious sin against all of us gun owners. His strong (and poorly chosen) actions make all of us look bad. Personally, I’m sick of being represented by crazies! I’m not just sick of it, I’m angry. I’m angry because many of us work very hard to give gun people as good a reputation as we can, and then this guy mails a letter and sends backwards. I’m frankly mad enough to say that guys like him, should have their guns taken away.