We’ve had some good posts here on the topic of compromising with anti-gun legislators; a lot of people misunderstood those posts as suggesting that we should just cave to the current legislation. Of course, they’re nothing of the sort, because the current gun control push isn’t compromise at all; it’s just a bunch of gun grabbers trying to take away rights and not offering anything in return. 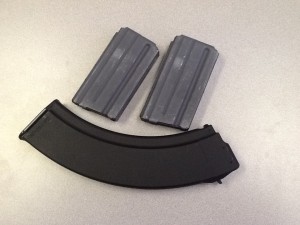 But let’s say that compromise, real compromise was actually on the table. What would you want to get, and what would you be willing to trade for it? For me, my goal would be nationwide CCW reciprocity. My carry permit should be just like my driver’s license – good anywhere in the country regardless of which state issued it.

So for the moment, let’s say that nationwide CCW reciprocity is the goal; and I’ll ask you – what gun laws would you accept in exchange for nationwide concealed carry? Would you accept a magazine ban? Background checks? Or maybe the goal is to have suppressors removed from the NFA list. Would you be willing to trade high cap mags for suppressors? It’s an interesting thought exercise, so let me know what you’d be willing to trade and what you’d want to get for it in the comments.