I have mentioned in previous blog posts that I tend to favor Appendix Inside the WaistBand concealed carry, colloquially known as AIWB for short. While there are a number of different benefits to “appendix carry”, my primary reason for using it is quite simple: It’s better at hiding a pistol than just about any other method I’ve tried. One of the downsides of appendix carry is that shoving a handgun down the front of your pants can be quite uncomfortable.

A top quality holster made by Mr. Ralston at 5 Shot Leather

Those who are serious about concealed carry are always looking out for good holsters, but for those who carry AIWB it’s an obsession. One of those guys with an obsession for good AIWB carry gear is Todd Green from Pistol-Training.com. He and a good friend (who will not be named for persec reasons) worked with John Ralston at 5 Shot Leather to produce a good quality leather AIWB holster.

The result is, bar none, the most comfortable, best concealing AIWB holster I’ve ever tried. Five minutes after putting it on I was already mad at myself for not placing an order for a Glock 17 holster at the same time I ordered this one for my P30.

What makes it such a good holster? 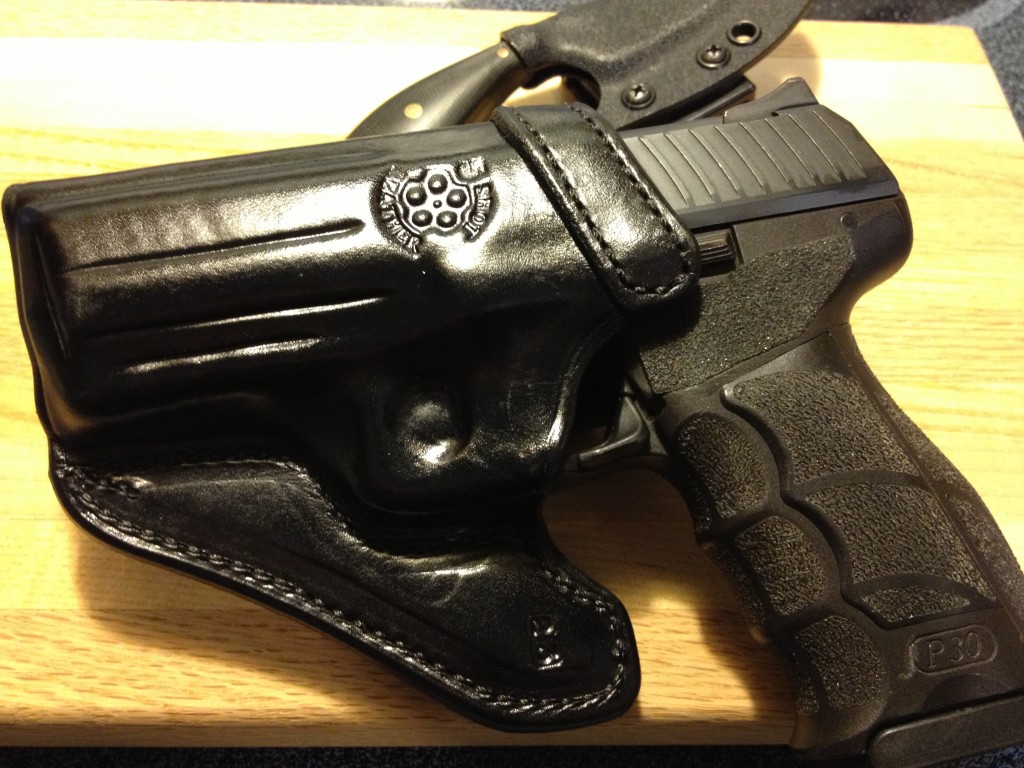 Firstly, the leatherwork is outstanding. Handling the holster you immediately see all the hours that went into forming the leather exactly right for the pistol it was designed for. My pet P30 is pictured and you can see where Mr. Ralston carefully shaped the area of the holster around the trigger guard so there would be no chance of the holster accidentally activating the P30′s mag release levers. The pictures don’t do the contours of the holster justice, as every individual contour on the pistol has been deeply massaged into the leather. From the forward cocking serrations on the slide to the individual accessory rails on the frame of the gun, it’s been painstakingly molded into the leather. As a result, the holster’s construction provides the best retention you’re going to get in a rig for concealment.

Secondly, there is the design. Behold the wing: 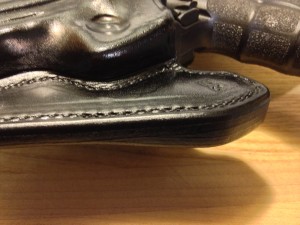 The “wing” of the holster, a key part of the design that aids in concealment and stability.

The “wing” of the holster is made of multiple layers of leather carefully formed into a wedge shape that turns the butt of the pistol into the body. This reduces the tendency of the pistol to print, especially when sitting down. All the good AIWB holsters have some sort of wedge method to accomplish this, but the SME does it so well that even I can’t see any aspect of printing when I’m wearing the pistol no matter what position I’m in. When your carry gear reduces printing so much that even you can’t see any trace of printing, it’s darn good. The “wing” also serves as a stabilizer, effectively keeping the holster exactly where you place it on your waistline even if you’re getting up and down out of a chair all day.

…and on top of being beautifully made and intelligently engineered, it’s unbelievably comfortable. I’m typing these words at home sitting down and I can’t even feel the holster. The only way I can really feel the presence of the gun is to slouch forward considerably or wear pants that are so tight as to be…um…socially unacceptable.

Was it cheap? Nope…but custom gun leather rarely comes cheap. It’s more than worth the asking price, though. (And I say that as a guy who bought the holster at full price and waited my turn to get it… I’m not quite popular enough to be inundated with free gear…sad panda.) For the life of me I’ll never understand why folks will spend umpteen hundred dollars on a pet blaster but then will balk at spending money on a good holster that lets them carry it regularly. That’s a rant for another time, though.

For now, I’m absolutely in love with this thing, and by the time you see this up on Gun Nuts I will have placed an order for at least one more.

Mr. Ralston is manufacturing these one at a time by hand, and he’s doing that on top of fielding lots of other orders for custom leather. The SME has made him a very popular man on Pistol-Forum and I can only imagine that when he showed it off at the SHOT show he picked up even more orders…so he’s probably going to be very busy. It may take a while to get one and it will probably be more expensive than what you can get from Uncle Wuzzy’s Haus of Vietnamese Nylon, but the time and expense are worth it. 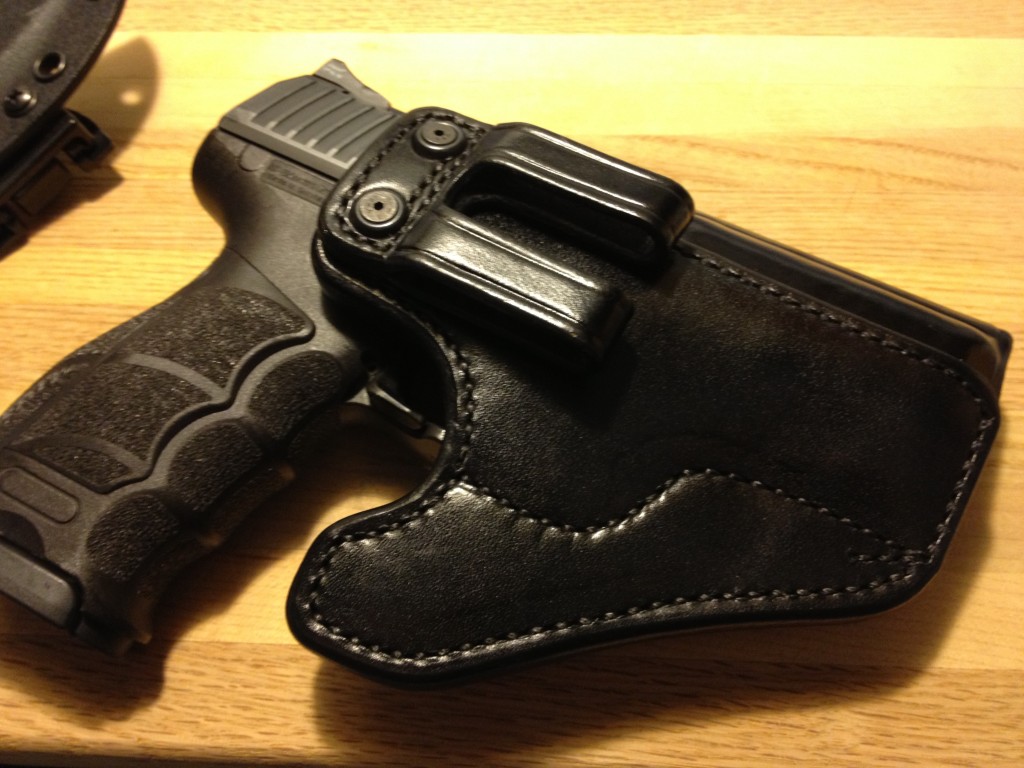 Front view of the 5 shot SME…note the quality of the belt loop.