My first passion when it comes to gun ownership is for the shooting sports; I’ve said many times that my guns are like a baseball bat to me. While I also carry a gun for self defense, my involvement in the shooting sports tends to have me viewing guns as sporting goods. 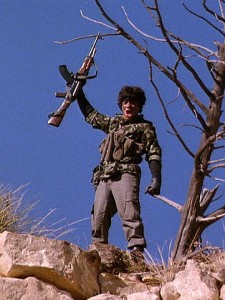 I know there are a lot more competition shooters out there who share my mindset than most people probably realize. In fact, as much as I love the competition shooting community, I’m certain there are those among our number that would happily sell out the AR crowd. It’s sad but true, the mindset of “I got mine” is fairly common. So let’s take a look at ways Senator Feinstein’s Assault Weapons Ban would affect the shooting sports if passed.

Kiss your Open Gun goodbye
Under the provisions of her proposed AWB, the characteristic test from the old ban would be changed from two “military style” (her words) features to one. Included on the list of “military style” features are “threaded pistol barrels” on semi-auto pistols. That means that basically every Open gun currently in existence would become an assault weapon and under her bill need to be registered with the NFA.

3-Gun would be gutted
The way Feinstein’s bill is written, many of the shotguns in 3-gun would become “assault weapons”; because they have a capacity of greater than 5+1, some have pistol grips, and of course Saigas would be gone because they take a detachable box magazine. So would those Akdal MKA 1919 12 gauge shotguns, for largely the same reason. We’re all aware that the rifles in common use in 3-gun would turn into NFA items over night, but shotguns get largely overlooked for some reason.

Limited and Open would eventually die
Under the magazine ban bill that’s being introduced today in the House, while possession of magazines that hold 10+ rounds would still be legal, transferring them would become illegal. That means that you wouldn’t be able to buy new tuned 30 round big sticks for your STI any more. No more 20 round mags for Limited, no more 30 round mags for Open. While you’d probably see a spike in participation in Production, Single Stack and L10, I’d much rather see Open and Limited continue as strong parts of our sport.

There are quite a few other negative ways that a new AWB and magazine ban would mess up the shooting sports. If you don’t think that a ban is going to mess up your personal space in the shooting sports, think again. Remember – this is their last stand. The other side knows that if they can’t get some kind of law passed in the wake of Sandy Hook, then they’re politically dead. So contact your representatives today!