I like zombie targets.  I like that shooting zombies is culturally acceptable and often is something that draws new shooters to the range.  That being said, I saw a zombie target recently that made me facepalm. 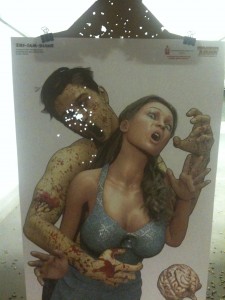 But did they really have to give her those cartoonishly large uhh…tracts of land?