While reviewing several guns equipped with Crimson Trace lasers this weekend, I had the opportunity to shoot the Diamondback DB380 for the first time.  I vaguely remember when the gun came out that I thought “oh look, another smallish .380”.  The gun then proceeded to completely fall off my radar until I shot it this weekend. 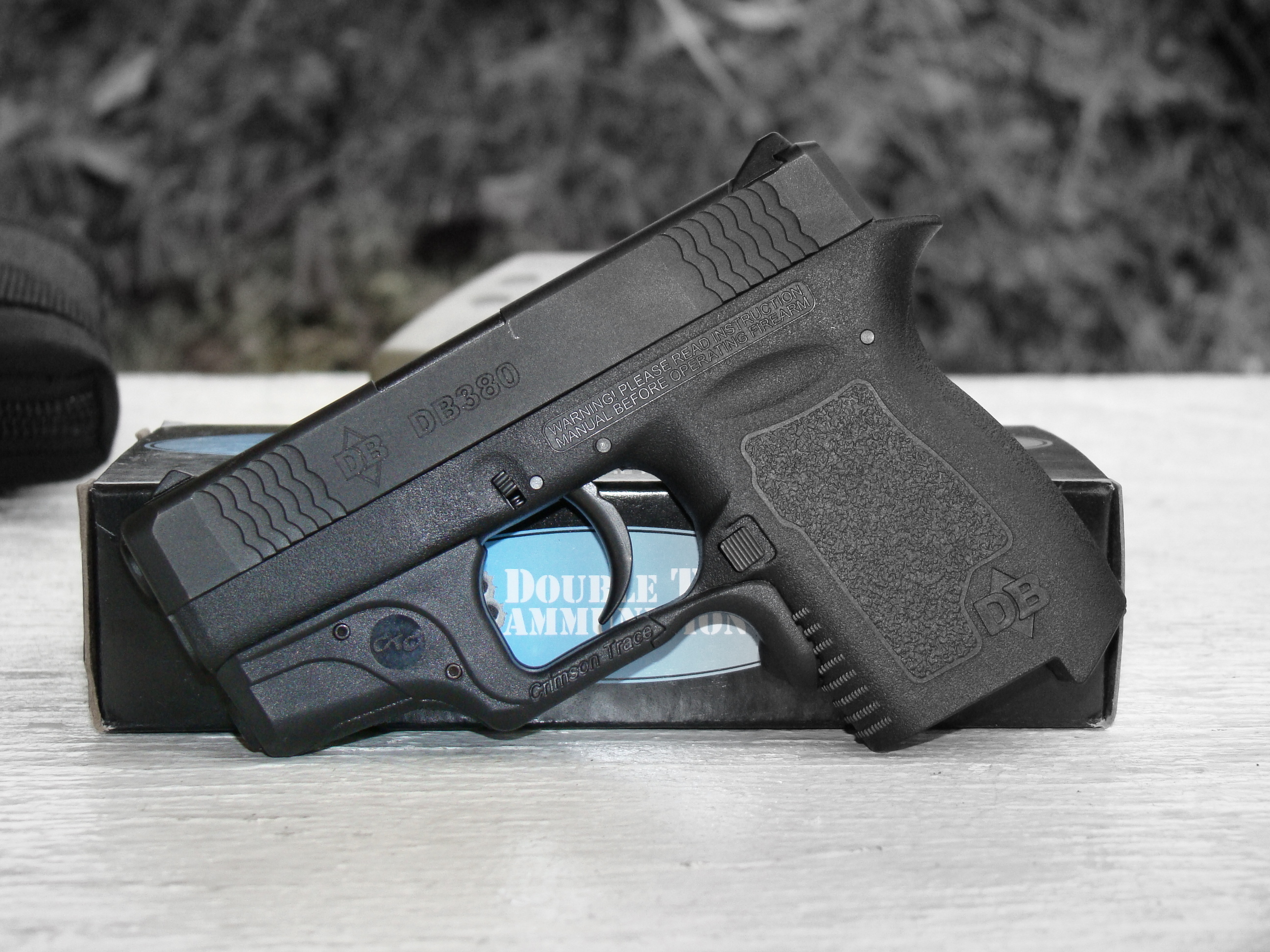 As far as compact .380s go, the Diamondback is probably the second best looking, with the Sig P238 being the clear winner in the looks department.  The DB380 actually looks like the offspring of a Glock, a S&W Bodyguard, and a LCP and it borrows some of its functions from each of these guns.  The particular specimen I shot was equipped with a Crimson Trace LG-491 LaserGuard, which worked flawlessly as I’ve come to expect from Crimson Trace products.  The laser module integrates with the trigger guard and front of the pistol, and in my opinion actually enhances the lines of the pistol.  At 7 and 10 yards, rapid hits with the laser were ridiculously easy.  Honestly, if you already have a solid foundation of sight picture, body index, and trigger control using a laser is so easy it’s like cheating.  I backed the Diamondback .380 out to 25 yards and was still ringing the still quite handily with it.

Probably the best feature of the Diamondback is the trigger.  I was quite surprised, considering the gun’s pedigree that the trigger was actually pretty decent.  It felt similar to an untuned revolver trigger with a much lighter pull, not the gritty/crunchy triggers we’ve seen on other compact .380 pistols.  That made shooting pretty easy, 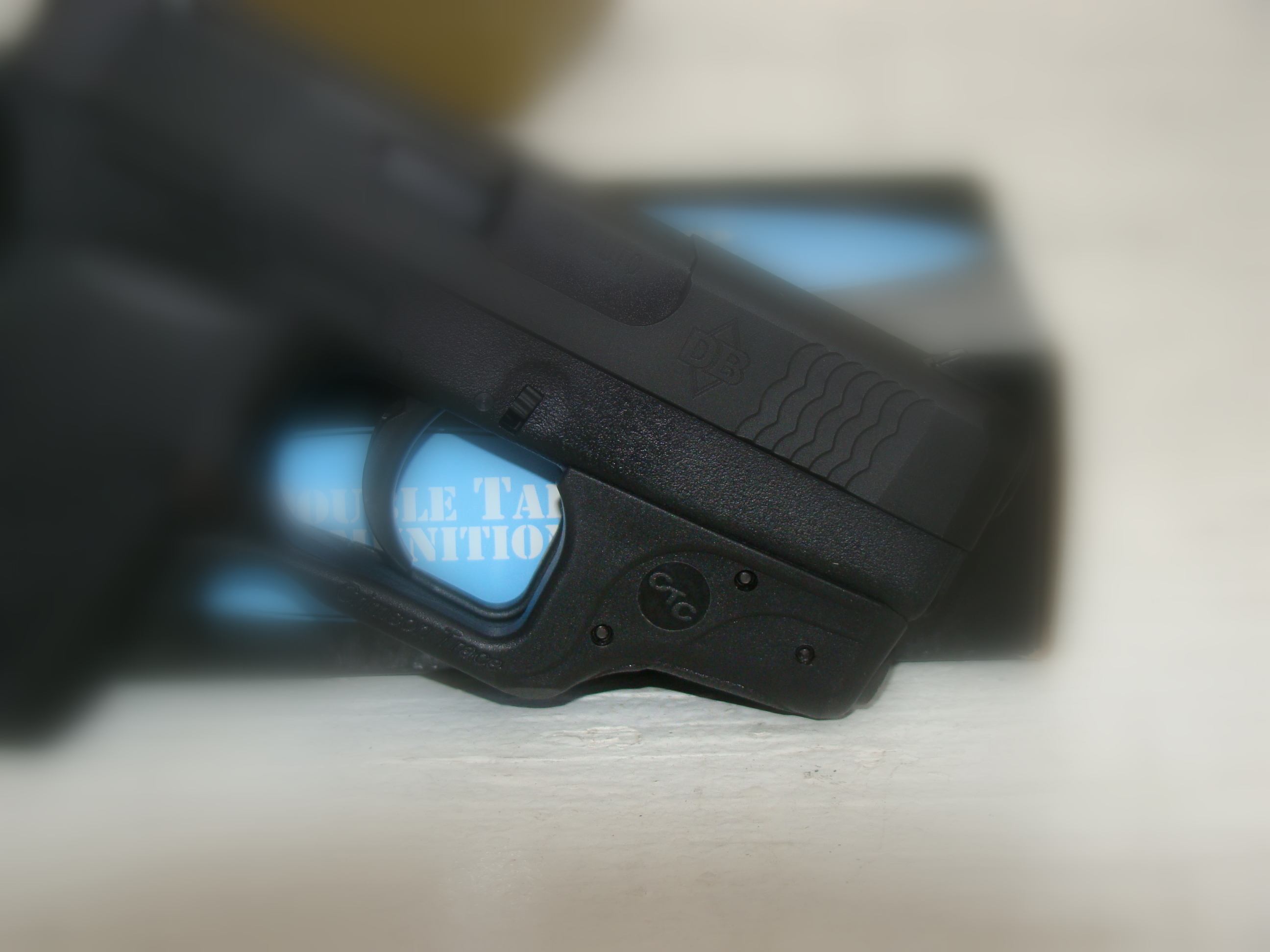 and my Bill Drills (six shots at 7 yards) from the pocket were hovering around 2.7-3.00 seconds with the Diamondback .380.  If you get this gun, the LaserGuard is an absolute must buy.  The sights aren’t anything spectacular, and while they are a step up from the sights on the Kel-Tec compact pistols, they are still very small and difficult to acquire at speed.  If you’re carrying one of these, it needs to have a LaserGuard on it.

That being said, I cannot recommend the DB380 as a defensive firearm in any circumstances.  In the course of running the gun (which had already been fired prior to my evaluation) I experienced numerous failures to feed, failures to extract, and most disconcertingly several random failures where the striker wouldn’t reset.  You would let the trigger out all the way and then pull it again and nothing would happen.  A chamber check would show that the gun had cycled and chambered a fresh round, but for whatever reason the striker would not reset. 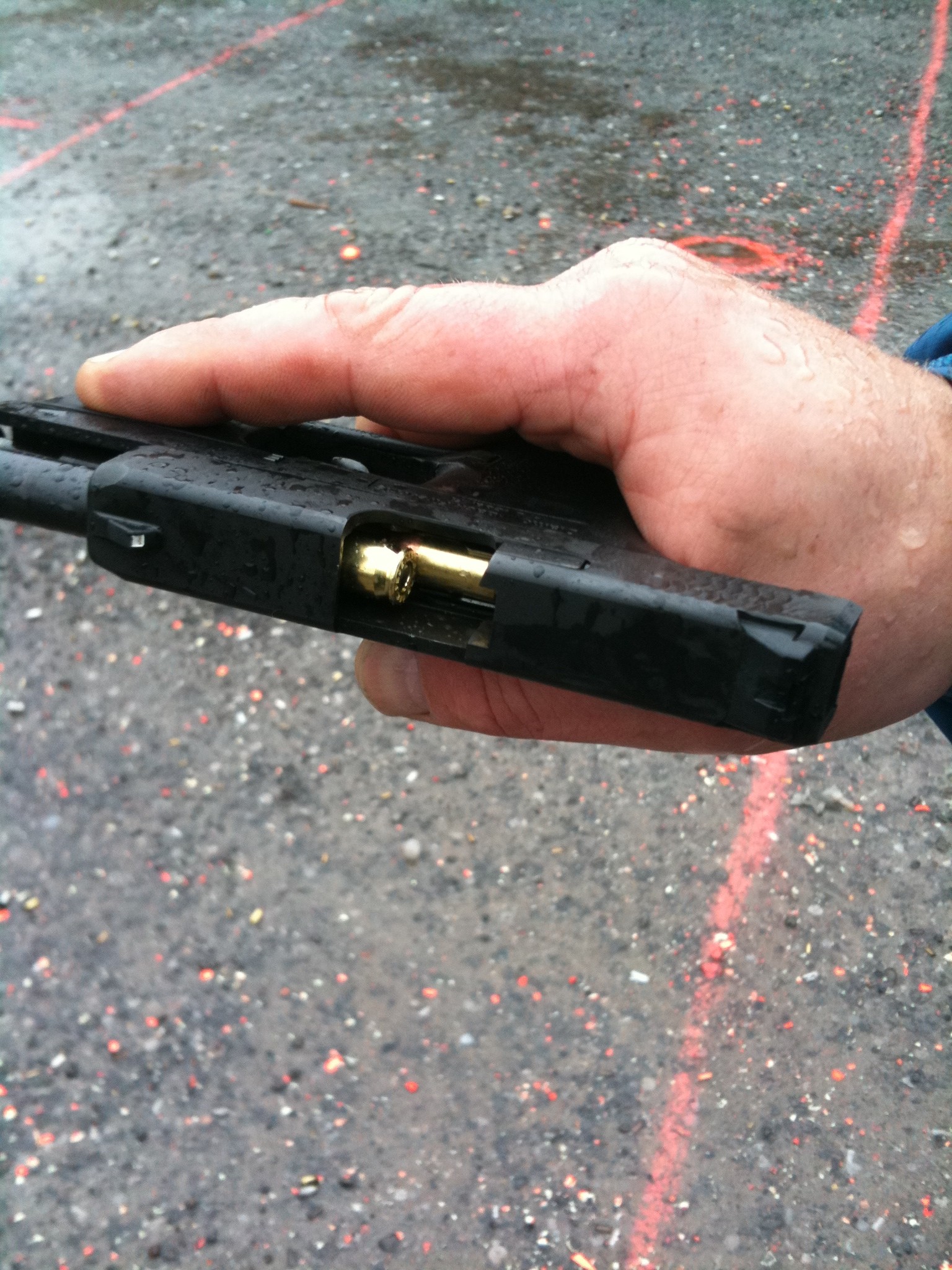 I really wanted to like this gun.  The form factor on it is great, it’s comfortable to hold, and when it works it’s easy to shoot.  The picture at the left shows one of the double feed malfunctions we had; the round failed to extract and the second round is actually trapped under the partially exposed firing pin as the slide attempts to return to battery.  This malf was so bad that the magazine had to be pried out of the gun using tools before the gun could return to function.  The persistent malfunctions really were disappointing – I think that there is a huge market for easy to shoot and easy to carry pocket guns, and the Diamondback .380 could have filled in nicely in that niche along the other guns out there.  However, a simple google search will show that the issues I had with this gun are not unique to me, several other users have experienced the same problems with the striker not resetting, numerous failures to feed and extract, and even the dreaded double feed.

Bottom line is that I liked the DB380 a lot when it ran.  It was comfortable to shoot, easy to manage, and accurate for self defense – but it didn’t run often enough or consistently enough to be a gun that I’d bet my life on, or that I’d recommend my readers bet their lives on.  The Crimson Trace LaserGuard on the other hand worked just fine – it was pouring rain on the gun and the laser unit, and never once did the laser falter in the foul weather.