I have now been shooting the Ruger SR9c for over 4 months, and have several thousand rounds downrange through the gun in practice and competition.  As I’ve mentioned, I’m quite fond of this gun – when I first started shooting it I didn’t know what to expect, having had negative experiences with similarly sized polymer 9mm pistols in the past.  However, the SR9c has exceeded my expectations and proves to be an excellent carry gun, and even well suited for competition, with one caveat.

That caveat is what I’m currently trying to fix – one of the things that makes the SR9c so great for concealed carry is the slimness of the grips.  The grip is incredibly thin, making the gun very easy to conceal and for shooters with small hands to get a hold of.  However, because the grip is so thin, there isn’t enough material to create a large magwell opening like you see on competitor’s polymer pistols. 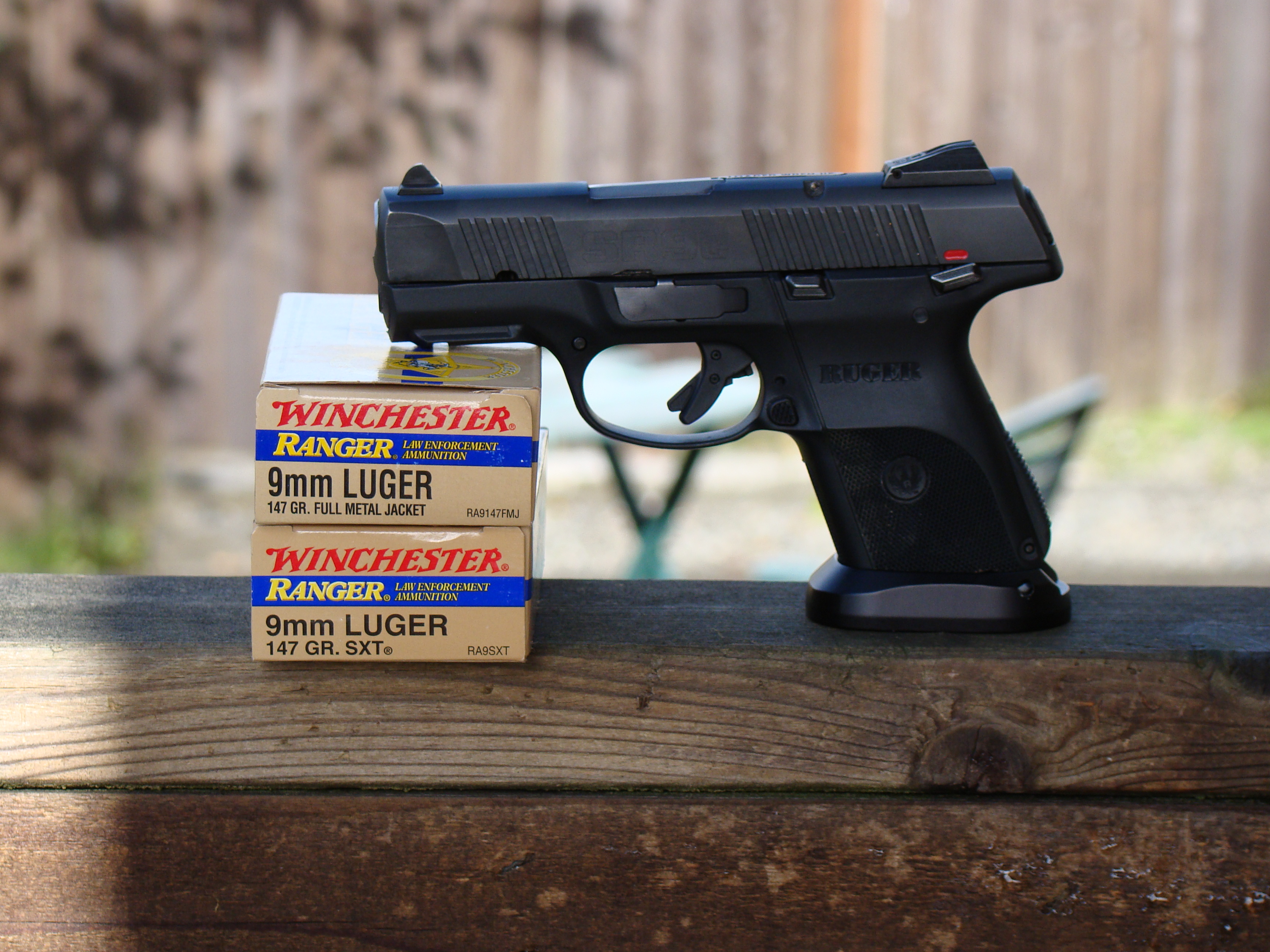 Enter The Wile E. Coyote School Of Gunsmithing.  That’s a Dawson ICE Magwell, originally designed for a Para P16.  Now, I’ve not quite figured out yet how to solidify the mount, but preliminary tests are show that magazines will seat and function with the magwell attached.  Doing this to the gun would make it eligible for Enhanced Service Pistol in IDPA, as magwells are illegal in Stock Service Pistol, which is why the magwell must be easily removed from the gun as well.  So far I have no idea how to do make this work and be durable enough for competition; but I had the part sitting around so I figured “might as well try it”.  Of course, it remains to be seen whether or not I’ll be able to get it to work.

In all seriousness though, the small grip/magwell of the SR9c is great for concealed carry.  We’ve been evaluating this pistol through the lens of competition shooting, and I don’t think anyone would be fooled in to thinking this is a competition pistol.  But for being a concealed carry pistol, I’ve been getting remarkable results from it in competition shooting, finishing well in local and major matches, as well as posting excellent times on the IDPA classifier.  While I’d like a larger magwell on a gun that I was only going to shoot for competition, the small grip of the Ruger is very easy to conceal even under a fitted polo shirt.

Don’t worry, I’m not actually putting that ICE magwell on this gun, I just needed it to make the gun stand up in the photo.