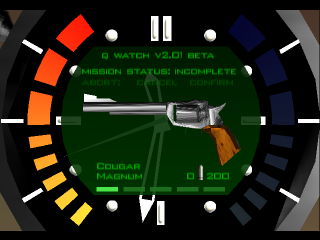 “Cougar Magnum” is an extremely evocative phrase for anyone that played Nintendo 64 in the mid 90s, as the 6 shot revolver was a mainstay in Goldeneye multiplayer.  With a slow rate of fire and low ammo capacity, it was best used in sneak attacks and made a great alternative to mines for spawn camping people.  However, what a lot of people don’t realize is that the Cougar Magnum was in fact a real gun.  During the halcyon revolver days of the late 70s and early 80s before the wondernine revolution, there was a popular cottage industry that mated Colt Python barrels to Ruger Security Six revolvers or Smith & Wesson frames, with the resulting creations being referred to as “Cougar” or “Smolt” revolvers.  In California, the best shop for turning these guns out was run by Bill Davis, who also made extremely high end competition revolvers for Bianchi Cup and PPC shooting.  But this isn’t about just any old custom revolver, this is about a very specific gun – 30+ years ago, a young LA County Deputy was looking for a 6 inch revolver that would meet the requirements of LA County’s individual officer purchase program, which allowed deputies to carry revolvers of their own choosing as long as they were .357 Magnum/.38 Special six shot revolvers with a barrel length of at least 4 inches.  This young deputy, younger than I am today as I write this post had a Cougar Magnum built by Bill Davis’ custom shop. 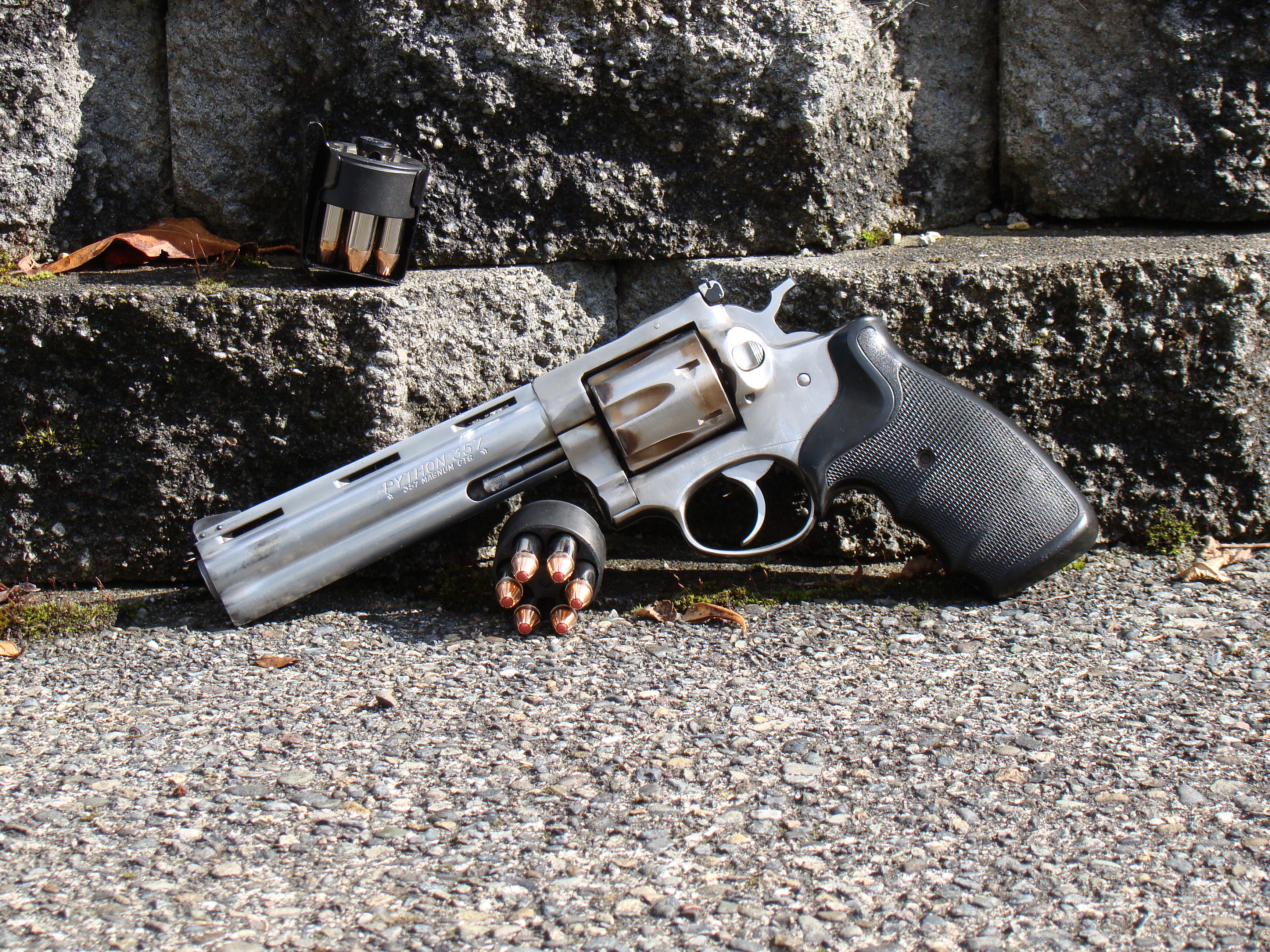 That gun sat in my father’s Safariland holster for years, before the LASO switched from their long serving revolvers to the Beretta 92FS.  In the intervening years, my dad would occasionally take the Cougar out to the range to make sure everything was running fine, until finally I convinced him to let me shoot the gun in the 2011 Bianchi Cup – my way of paying tribute not only to my Dad, but also to law enforcement officers everywhere.  This gun and Bianchi Cup share a common friend in Bill Davis, as I mentioned he made many a fine revolver for Action Shooting competition, and next year I’m excited to see how one of his guns holds up to the passage of time. 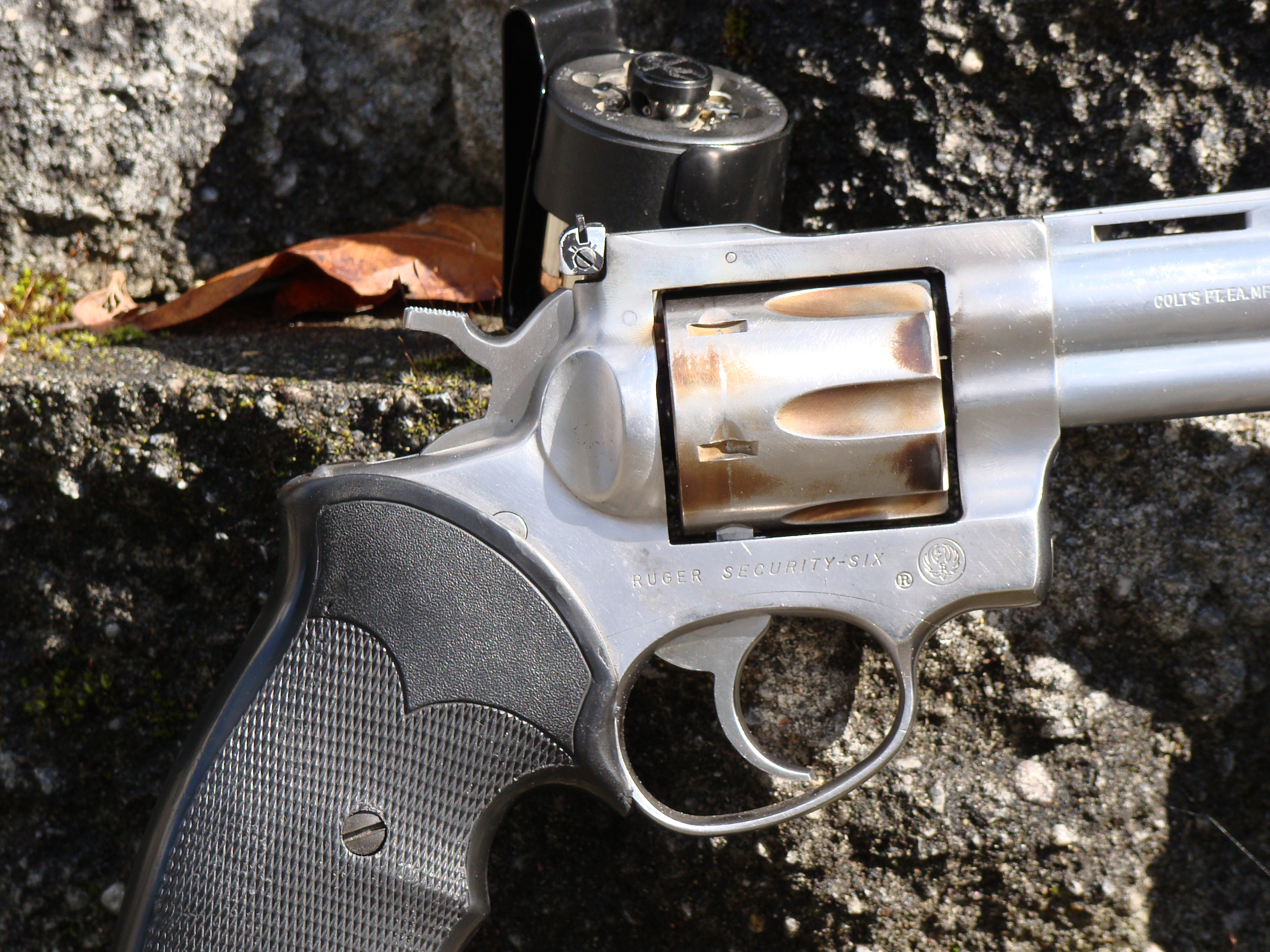 The Cougar has held up remarkably well; while suffering from some holster wear, all the carbon fouling is new, from my usage.  This is a gun that was meant to be shot, and that’s something it does phenomenally well.  The black ramp front sight pairs with the target rear to allow me to shoot a 4 inch group, double action (of course) offhand at 25 yards.  You can see how the Colt barrel is mated up to the Security Six frame; this is by far one of the most mechanically accurate revolvers I’ve ever shot.  With an 8 lb trigger pull, the DA is ridiculously smooth; I shot a Bill Drill in 2.37 seconds using this gun, and I shot a FAST Drill using the same gun and the pictured Safariland Comp-I speedloader in 6.49 seconds.  A six inch vent ribbed bull barrel is just silly in how easy it is to shoot fast, the gun comes back on target so easily with +P .38 loads that it’s almost like cheating.

In the coming 7 months until Bianchi Cup we’re going to be talking a lot about the history of this gun – this is a firearm that has stories to tell, and here on Gun Nuts I’m proud to tell those stories for the first time.  Then come the 2011 Bianchi Cup, I hope to add another chapter to the stories that have been written with this gun.  I’m glad you’re along for the ride with me.