More photos from Didrik Johnck, taken at the 2009 S&W Gunsite Writer’s Invitational Shoot.  Check out Didrik’s work and photos here – the man is a serious photographer and adventurer! 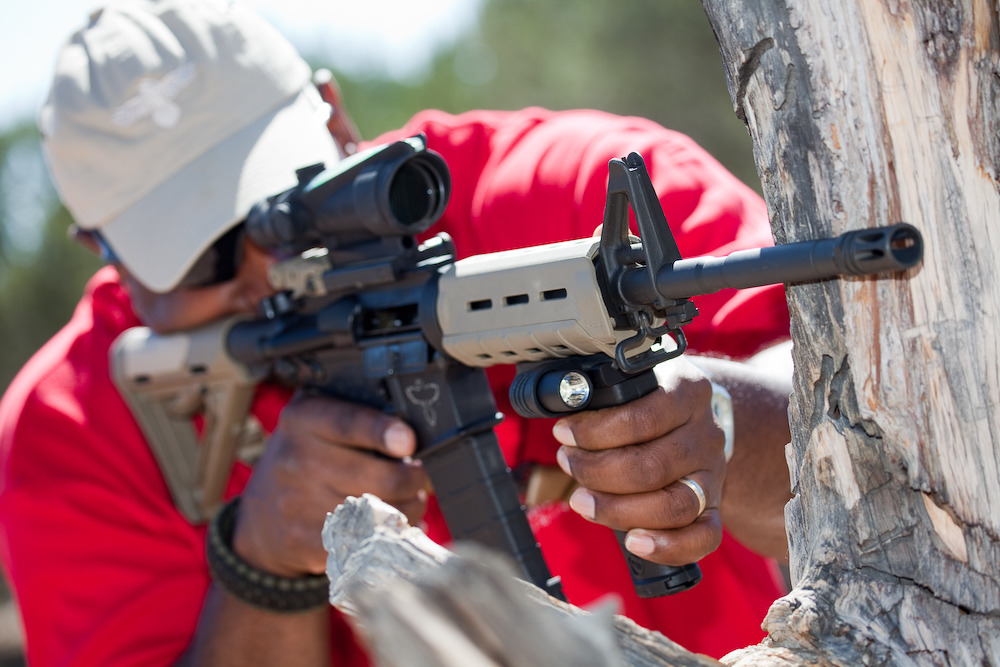 The man behind the rifle (which is an S&W M&P15-MOE) is Tom Benge, lead trainer for Cutting Edge Training.  Tom was also a guest recently on Gun Nuts Radio; he hosted and taught the low-light/laser portion of the event at Gunsite.

Speaking of low light and laser shooting, this is actually one of my favorite pictures from last year’s event.  While the characters are out of focus, the effect of multiple lasers on target can be clearly seen, and it’s pretty cool.  I certainly would not want to be a paper target standing down range from all of this. 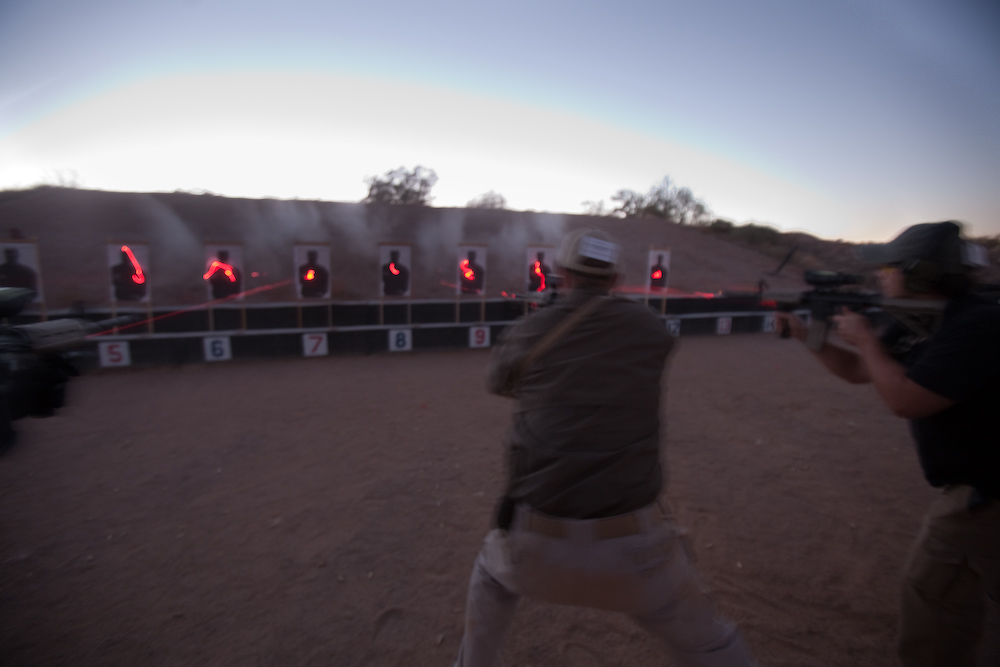 I know I’m going to sound like a broken drum here, but I cannot over-emphasize how much easier the light and laser combo make hitting your target in a low light/night shooting situation.  When you light that target up with you light, all of a sudden you can see the sights again – or hit ’em with the laser and you can start cranking shots off before you’ve even mounted the gun.

As much as I’m a believer in “proper position on the gun”, sometimes you just can’t grab the rifle properly, and the Crimson Trace laser allows you to still take an aimed shot from a non-standard position. 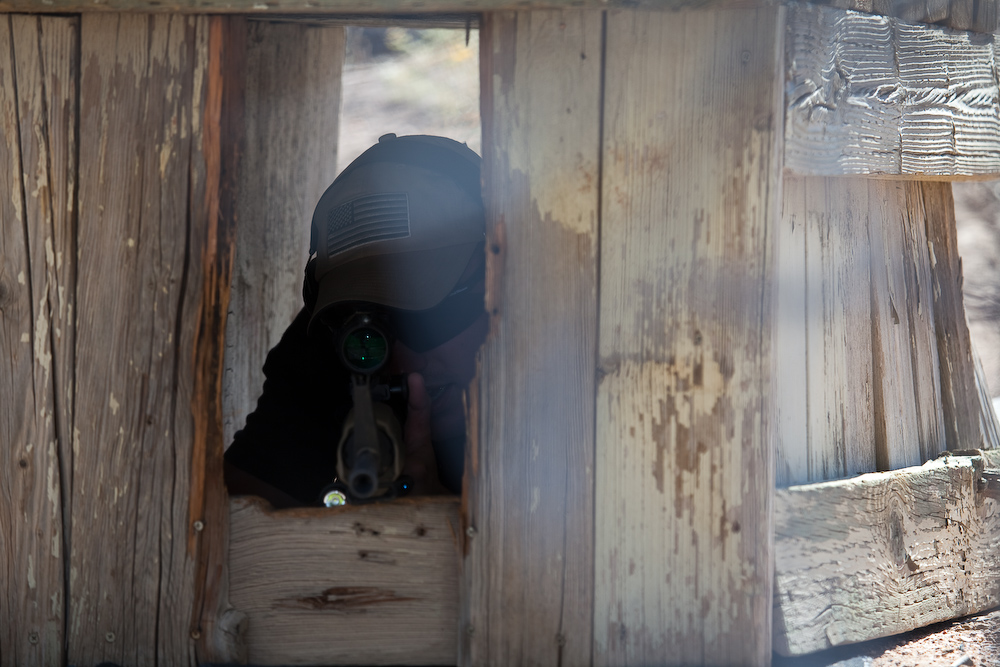 I really like this last picture.  It’s from one of the positions on The Scrambler, a course of fire that requires you to use improvised field positions to engage targets up to 85 yards away. It’s meant to be shot with handguns, shotguns, or carbines, and is quite challenging.  However, I’m a big nerd, so when I see this picture all I can think is “I’m in ur base killin’ ur doodz“.

Thanks again to S&W, Gunsite Academy, Crimson Trace, Trijicon, and Johnck Media for putting on the event last year.  I’m still getting mileage out of it!