Dropped another 260 rounds through the Springfield Armory 9mm Range Officer, which brings the running total to 510 rounds. Current malfunctions are three failures to extract experienced during the 10-8 Performance Function Test. The gun has had no issues beyond that. If you follow me on instagram, you might have seen I did run into an issue with the pistol, but not one that’s going to cost it any points. 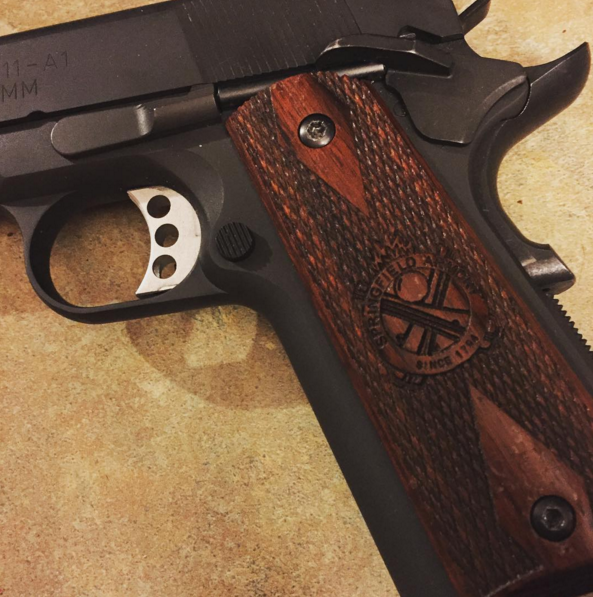 I’ve been carrying the Springfield, because it’s accurate, reliable, and hella fun to shoot, but in my desire to make it a better for carry I decided to put my Crimson Trace 1911 Lasergrip

on it. Unfortunately, the previous owner of the pistol (yes it’s a used gun) decided it would be awesome to 1) loctite the grip screws in place, which isn’t always a bad idea, however for whatever reason said previous owner also decided to 2) totally strip the screws out. Why? I have no idea. I suspect that the loctite and the stripping were 100% related, but it still drives me nuts. So to remove the completely buggered allen head screws, I need to get some hex bits, so I can pound one in there and hopefully get enough traction to get these ****ing things out. Then I can put my sweet beams on.

The moral of the story? One, anything other than slotted screws on a 1911 is an abomination unto the Lord and John Moses Browning; two, if you’re going to loctite your grip screws use blue loctite, not red. And don’t strip the ****ing heads!