No, I’m not talking about camouflage undergarments for ladies, although that is also (sadly) a thing. No, I’m talking about tactical CCW gear, generally marketing towards women, that looks cool/hot but is pretty much useless. 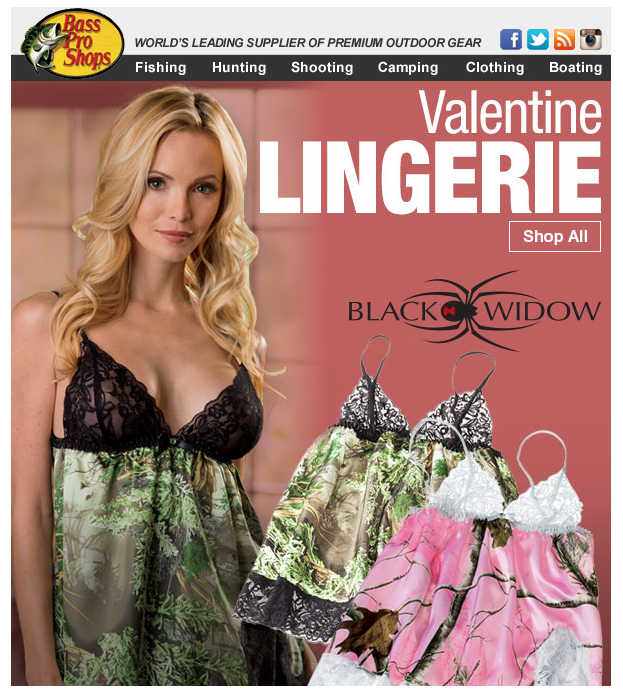 For example, thigh holsters. Not tactical drop leg holsters, which while frequently used incorrectly do have their purpose, but rather those inner thigh holsters you see at crappy gun shows and from shady “custom” holster makers. These holsters usually consist of an elastic band with a holster body crudely stitched on to the band to accommodate the little lady’s chrome plated .25 or whatever silly bullshit gun they’re carrying. You know, like this appalling piece of crap.

The reason I’m writing about this today comes from the discussion around Shelley’s post about Women’s Concealed Carry, which addressed some of the issues the firearms industry has around products for women; in Shelley’s usual speed-of-thought style. An offsite discussion brought up the topic of what we consider to be gimmick/sub-par carry methods, like bra holsters or thigh holsters as acceptable options to quality products. This of course drove me off the rails, and lead to me coining the term “tactical lingerie” that you see in the headline of this post. A piece of gear is tactical lingerie if it’s designed to look cool/sexy but has little to no practical application whatsoever.

Stuff like this goes back to the idea of the gun as a talisman instead of a tool. Self-defense isn’t about what you’re carrying, it’s about your mind. A gun in a thigh holster, or a corset holster (that’s also a thing, apparently) is functionally inaccessible if you actually need it in a hurry, and I’d be willing to bet my sizable collection of M&Ps that no one who’s ever carried in one of these garbage holsters has ever spent any kind of time practicing getting their gun out in a hurry to actually shoot a fool. That’s genuinely important, because while we gloss over it all the time in the name of political correctness, the entire point of carrying a gun is so that you can use it to defend your life. It’s not a cute little fashion accessory, it’s a gun.

Maybe this is just me getting old and crotchety, which I’m fine with too. But stuff like this, gimmick holsters, gimmick guns, it all drives me up the wall. It cheapens the idea of self-defense and reduces the serious responsibility involved in taking up that burden to the same trivial level you’d assign to a pair of cute panties. Worse, it creates a false sense of security in the fundamentally unskilled and unserious person that because they have a gun, they’re safe. That person can then abrogate any sense of self-awareness that should come with going about their life armed, because “they’ve got a gun.”

Mindset is always the first tool of self defense. It doesn’t matter if you’re carrying an M&P under a polo shirt in 5.11 pants or a Spyderdo in a sundress. Everything you add on top of mindset is just tools. Stop pretending that shitty tools are as good as the real thing.