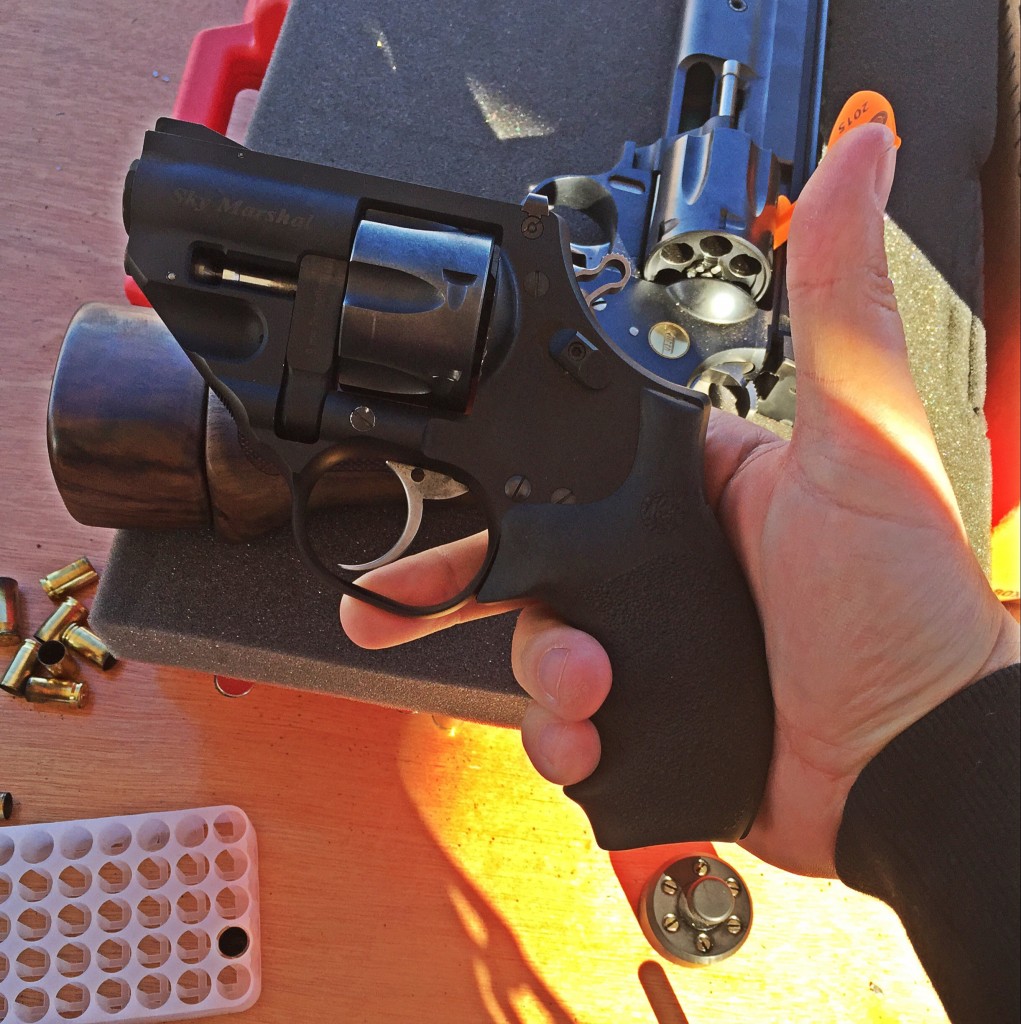 We’re taking a break from revolvers that I own and looking at some cool wheelguns from SHOT Show. First on the list is the Korth Sky Marshal, a 6 shot, medium frame revolver chambered in 9mm that doesn’t require the use of moonclips.

For a Korth, it’s actually going to be reasonably priced, and should retail for around $1,000 – like I said, reasonable for a Korth. But what’s really important is how the gun shoots, and I’m happy to report that it shoots very well. The factory trigger is excellent, better than a lot of “tuned” actions that you can get, and at least in the limited time I had with the gun it was accurate enough for the task at hand. A further review to really see what it’s capable of would be a valuable investment of my time. 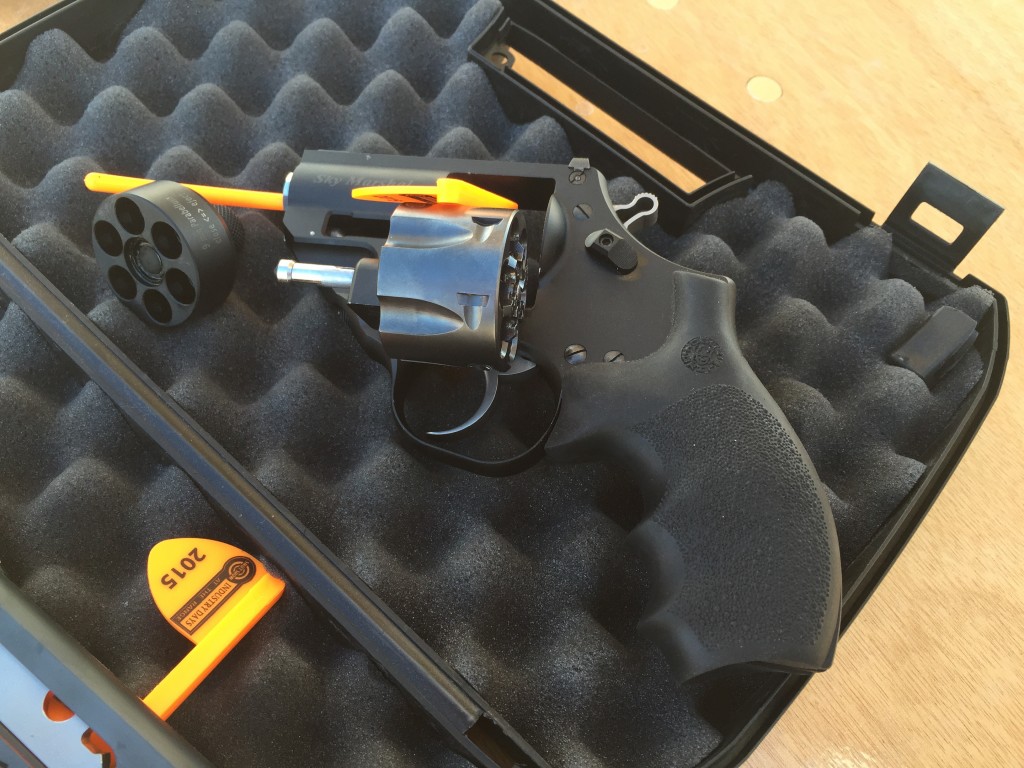 There are some issues with the gun, however. It’s a 2 inch medium frame revolver, but it has full size, finger grooved rubber stocks on it that are just enormous. Even with an alloy frame, 9mm recoil isn’t exactly thunderous, so the over large stocks are an unnecessary feature on a carry gun. That leads us to our second issue: this is 1000 dollar gun that won’t be widely adopted, which means that finding replacement grips, holsters, and other accessories won’t be easy. And that leads us to our final problem, which is the existence of the Ruger LCR. Because if you’re buying a carry gun, the LCR will do nearly everything the Korth does, but costs 350 bucks instead of 1000.

However, what’s really interesting about the Sky Marshal is its moonclip-free ejection system. The rounds headspace off the cylinder, and when it’s time to eject spent cases, pressing the ejector rod pops a small blade out of the star; that blade catches the case rim and extracts the spent shells. It looks more robust than the mechanism on the old 547, but the volume shooter in me wonders how it will hold up to hard use.

But at the end of the day, none of that matters. Because this an affordable Korth revolver, chambered in 9mm, and I need one.